On June 6, Raphael Assuncao faces former UFC bantamweight champion Cody Garbrandt in the co-main event of UFC 250. Assuncao, who is the No. 5-ranked fighter in the official UFC bantamweight rankings, looks to get back in the win column against Garbrandt. Assuncao, who went 11-2 in his first 13 fights with the UFC, has lost his past two outings. He has not secured a win since July 2018.

Garbrandt, who opened his career on an 11-0 run, has dropped his past three fights. All three of those defeats, including his title-losing bout in 2017, have come via knockout. Garbrandt, who is the No. 9-ranked fighter in the 135-pound division, has not posted a UFC victory since he won the title in 2016.

These two were scheduled to fight in March, but kidney issues forced Garbrandt from that bout. Assuncao elected to wait for his opponent to be able to compete and did not take another fight.

Expect a striking battle between these two bantamweights. The result of this contest will most likely come down to who can effectively implement their game plan.

Assuncao is a patient fighter. He does his best work while backing up. His style allows him to control distance and land effective counterstrikes.

Garbrandt is one of the best boxers in the history of the bantamweight division. He employs odd movement and incredibly fast hands in his striking attacks. Garbrandt’s counters are also extremely effective.

Both fighters have been criticized for their mental game. Assuncao can lose his enthusiasm for battle if he gets taken out of his comfort zone and cannot control the flow of the fight. As for the former champ, he has a tendency to let his emotions get the best of him. When that happens, Garbrandt is all too willing to throw caution to the wind and engage in a brawl.

Garbrandt has been his own worst enemy in his three losses. When he boxes and keeps his focus, he is an exceptional fighter. When his focus slips and he gets in a brawl, he tends to leave himself open for counters. Garbrandt knows this is his fatal flaw. If he has addressed that issue and can keep to his game plan, he should be able to push Assuncao, who has never gone the five-round distance.

If Garbrandt can get Assuncao out of his comfort zone, he should be able to win this fight by decision, but the result largely depends on Garbrandt keeping his head.

Assuncao is the better of the two at keeping his head, but Garbrandt is a highly effective fighter when he sticks to his game plan. With Assuncao’s counter-striking style, Garbrandt should be able to avoid a brawl. If he can do that, Garbrandt has the edge in this fight.

Assuncao had a brilliant run between 2011 and 2018. He went 11-2 and had winning streaks of seven fights and four fights before he dropped his two most recent fights to Marlon Moraes and Cory Sandhagen. The issue with Assuncao is that he is not a finisher. He went the distance in eight of his 11 UFC wins and that might have been what kept him from getting a chance to fight for UFC gold. 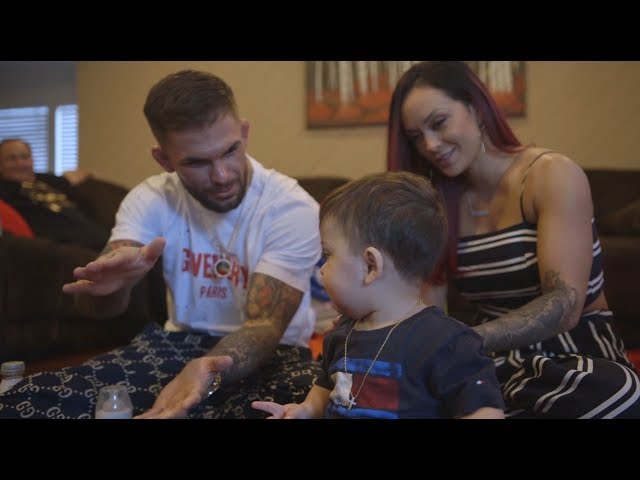 Garbrandt opened his career on an 11-0 run. His 11th contest was his masterful title-winning decision victory over Dominick Cruz. Things have gone south for Garbrandt since then as he has been knocked out three times. Two of those losses were to his former teammate, T.J. Dillashaw, in title fights. Pedro Munhoz also knocked him out in March 2019.

UFC 250 is loaded with bantamweight fights. In addition to the co-main event, Aljamain Sterling faces Cory Sandhagen, Eddie Wineland meet Sean O’Malley and Cody Stamann matches up against Brian Kelleher. Sterling and Sandhagen are both ranked in the top-four of the division. O’Malley looks like he could be a potential title challenger and Stamann checks in at No. 12 i the division.

This card is an important one for the 135-pound division. For the 37-year-old Assuncao, a loss to Garbrandt would likely cost him a shot at UFC gold. As for the former champ, he’s young enough where he could work his way back into title contention with a loss to Assuncao, but Garbrandt will have a tough road to get back to the top of the division with four straight defeats.

It cannot be stressed enough how critical this fight is for both Assuncao and Garbrandt.