On June 6, two-division UFC women’s champion Amanda Nunes puts her featherweight title on the line for the first time when she faces Felicia Spencer in the main event of UFC 250. Spencer is the former Invicta FC 145 UFC does-pound champion. The pay-per-view card will take place in Las Vegas at the UFC Apex Gym.

Nunes won the featherweight belt in December 2018 with a 51-second knockout win over Cris Cyborg. She has defended her bantamweight crown twice since that victory. Spencer started her career on a 7-0 run. Her only loss is a decision setback to Cyborg.

It’s not hyperbole to suggest the 31-year-old Nunes is the best women’s fighter in history. The run she has been on since 2015 is unprecedented in the women’s divisions. Nunes has 10 consecutive wins during that stretch and seven of those victories have come via stoppage. She has literally defeated every woman who has ever held the UFC women’s bantamweight and featherweight titles. She also has two victories over the current UFC women’s flyweight champion. Man or woman, she is one of the best fighters in the UFC right now.

The 29-year-old Spencer is a confident fighter and she went the full three rounds with Cyborg, but I just don’t think she has the skill set at this point of her career to deal with everything Nunes brings into the octagon.

Nunes will do everything she can to keep this fight on the feet to avoid Spencer’s grappling skills. Her 80 percent takedown defense will go a long way toward accomplishing that feat. Nunes has only been taken down twice during her 10-fight winning streak.

The champion is an aggressive striker and I think she’ll swarm Spencer early so she can get the respect of her opponent as quickly as she can. If Nunes doesn’t score an early knockout, don’t be surprised if she backs off so she can save energy and pick Spencer apart from the outside with jabs, which will allow her to rack up damage and look for another opening to rush in and finish Spencer with a flurry.

The only place Spencer has a chance in this fight is on the ground. However Spencer struggled to get her fight against Cyborg to the mat. She failed on all eight of her takedown attempts against the former champ. She is tough, as evidenced by the fact that she absorbed 122 significant strikes from Cyborg and never hit the mat, but she has defensive gaps on the feet that Nunes can exploit. Spencer has averaged 6.27 significant strikes absorbed per minute. That lack of defense will cost her against Nunes.

Nunes is a well-rounded fighter. She has steadily improved her striking, wrestling and like Spencer, she is a jiu-jitsu black belt. She’s just better everywhere than Spencer. She also has a height and reach advantage over Spencer despite Spencer spending her entire career at 145-pounds. Nunes has also faced stiffer competition during her career.

Seven of Nunes’ past eight fights have come against fighters who held UFC titles or who currently hold UFC gold. The only non-champion she faced during that stretch was Raquel Pennington. Nunes has stoppage wins over Miesha Tate, Ronda Rousey, Cyborg and Holly Holm. She is coming off a decision win over Germaine de Randamie in December. 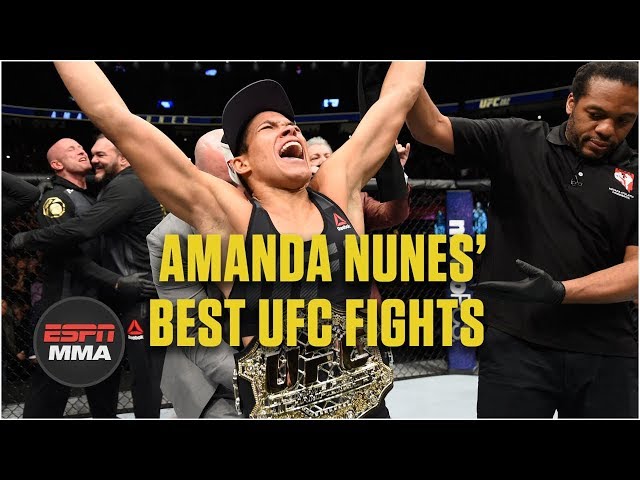 Spencer’s biggest fight was her decision loss to Cyborg. Although she lost that July 2019 matchup, that bout was a learning experience and a confidence booster for the challenger. She knows she can hang with the best the UFC can offer at featherweight, but Nunes is head and shoulders above any current women’s 145-pound fighter.

Nunes has established herself as one of the best women fighters in MMA. Her resume is incredible and she is not content to rest on those laurels. Nunes continues to look for ways to improve while holding onto the two titles she possesses. The odds in this fight show that she is expected to win convincingly, anything less than that and fans might question her legitimacy as the best woman fighting today.

A Spencer win won’t be the biggest upset in UFC title fight history, but it will be one of the most unexpected. With the odds so against her, this fight is not a high pressure affair for Spencer. I don’t expect that she will pull off the upset, but this is a good matchup for her to discover where she needs to improve so she can compete for the title again in the future.