On Saturday, the UFC heads to the Toyota Center in Houston, Texas, for UFC 247. The pay-per-view event features two title fights at the top of the card. The headliner sees light heavyweight champ Jon Jones pitted against Dominick Reyes, who is the No. 4-ranked fighter in the official UFC 205-pound rankings.

The sections below analyze the fight more fully, but the bottom line is this. Reyes is a skilled fighter and he has the potential to give Jones some problems, but I wouldn’t put him in the same class as Daniel Cormier or Alexander Gustafsson, two men whom Jones has defeated in the past.

If Reyes can land heavy strikes early and not allow Jones to gain an offensive advantage, he could rack up some points on the scorecards. That being said, Reyes does not offer anything that Jones has not seen before and the champ’s camp should have him prepared for his opponent on Saturday.

Jones is coming off a split-decision victory over Thiago Santos in July 2019. What was notable about that fight was that it marked the first time in his career that Jones did not score a unanimous decision or a stoppage in a victory. Jones’ sole loss was a disqualification setback in 2009 for illegal elbow strikes. Jones has defended the light-heavyweight title twice since he began his second run as champion in 2018. 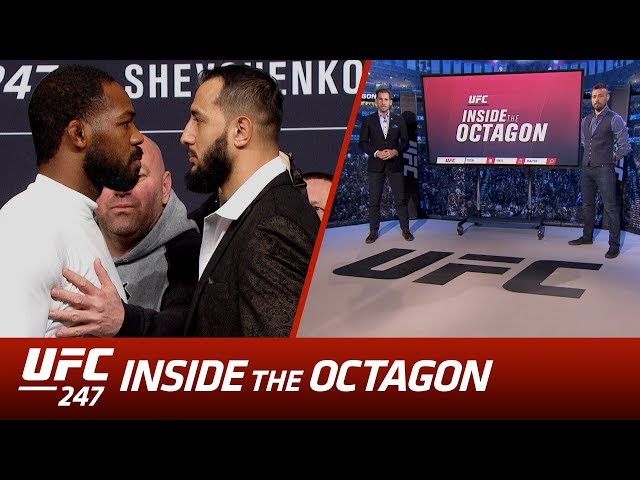 Reyes has been a pro since 2014. During his relatively brief run in MMA, he has been victorious each time he has stepped into the cage. A member of the UFC roster since 2017, Reyes has nine career finishes. Each of those stoppages came in the first round, including Reyes’ most recent win, an October 2019 knockout of former UFC middleweight champ Chris Weidman.

If an opponent can shut down Jones’ striking, the champ can fall back on his grappling skills. Jones is No. 2 in takedowns landed in the 205-pound division, No. 2 in submission attempts and No. 1 in takedown defense. He is quite literally a threat everywhere.

Jones once reveled in fighting to the strengths of his opponents. That style was very risky, but it was successful. The aggressive approach established Jones as the greatest fighter in UFC history. Jones has lost some of that swagger as of late. He has been cautious in his recent outings. He seems more interested in retaining his title these days than proving a point. That’s understandable. He’s older and he’s making more money. If he can retain his belt with little risk of injury, why shouldn’t he do so?

The problem with that approach is there’s the potential that it will catch up with him — as it nearly did with Santos — and he could find himself on the wrong side of a surprising decision.

Reyes has relied mostly on his striking during his career. The big question facing the challenger is, does he have anything other than that striking to fall back on if Jones uses his kicks, reach advantage and pawing hands to keep Reyes at distance? If Reyes does not have a fallback option, he could be in trouble on Saturday. Another concern is that Reyes has never fought five rounds and has only gone the three-round distance on three occasions.

For Jones, it’s the same thing that’s been on the line for the past few years and that is his legacy and reputation as the greatest fighter in UFC history. If Jones loses to Reyes, it will be a big blow to his reputation.

Reyes is more or less on a freeroll in this fight. If he loses, it will be shrugged off as a fight he was not expected to win. If Reyes is victorious, it’ll go down as one of the biggest upsets in UFC history. At worst, this fight is a way for Reyes to find out just how he fits at the top of the 205-pound division.