A pair of top-five ranked UFC lightweights face off in the main event of UFC Vegas 49. The headlining bout of the ESPN+ streaming card sees Beneil Dariush, who is the No. 3 ranked 155-pounder in the official UFC rankings faces the No. 4 ranked Islam Makhachev.

Dariush is on a seven-fight winning streak. He is coming off a May 2021 decision win over former interim UFC lightweight champ Tony Ferguson. Dariush has not lost since Alexander Hernandez knocked him out in March 2018. Makhachev is also on a lengthy winning streak. He has nine straight wins heading into UFC Vegas 49 and he is coming off a submission win over Dan Hooker in October 2021. Makhachev’s first and only loss was a knockout setback to Adriano Martins in 2015.

Before we look at the main event of UFC Vegas 49, which streams on ESPN+, check out the best UFC betting sites and where you can find the best odds on all the UFC fights.

This is an inspired bit of matchmaking and a fight that deserves much more attention than it will probably get. An argument could be made that either of these fighters should already be fighting for the UFC lightweight title. That’s how good these men are.

Dariush has been doing his thing in the UFC since 2014. Over the course of his career, the 32-year-old has slowly developed into one of the best fighters in the 155-pound division. He doesn’t have one particular skill that he excels at, but he is very good everywhere and has a penchant for finding the weakness in his opponent and fighting to that weakness.

Makhachev does have a specific expertise, he has great wrestling skills and excels at throws and his top game is smothering. He might not have the meanness of the fighter he is most often compared to — Khabib Nurmagomedov — but he has a similar style and he might be physically stronger than the retired UFC lightweight champion.

This will be a competitive fight, but I see Makhachev getting the submission win late in the bout as Dariush gets tired and makes an error that the patient Makhachev will exploit.

Dariush is the better all around fighter, he is more well-rounded and experienced in big bouts, and that will make this a competitive fight for most of the bout. However, Makhachev is the type of talent that comes around infrequently and he should be able to force Dariush into an error. 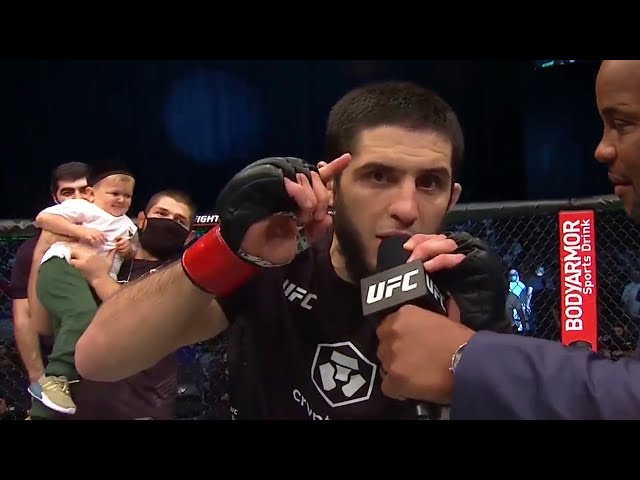 Makhachev is an overwhelming favorite in this fight and with that he does not present a great value for a win pick. I think he will win, but the value in this fight is in method of finish and over/under. As I said above, I think the end comes late in the bout — fourth or fifth round — and via submission for Makhachev. With that, the value in the pick is in the prop bets.

UFC lightweight champion Charles Oliveira is set to defend his crown against the No. 1 ranked Justin Gaethje on May 7 at UFC 274. The only unbooked fighter who is ranked higher than either of these men is the No. 2 ranked Dustin Poirier, who is coming off a loss to Oliveira in December. I don’t think Poirier will be in the mix to face the winner of this fight because Poirier seems more focused on getting big name and big payday fights and Dariush or Makhachev don’t fit that bill. With that, I think the winner of the Dariush vs. Makhachev scrap could be the next UFC lightweight title challenger.

Bet Now
Check how to bet on sports online Here!