Brian Ortega and Chan Sung Jung “The Korean Zombie” were booked to fight each other in December 2019. That fight fell through after Ortega tore his ACL. COVID-19 caused another delay. The bout takes place on Saturday. It headlines UFC Fight Night 38 from Fight Island in Abu Dhabi.

Ortega opened his UFC career unbeaten in seven contests. In December 2018, Ortega faced UFC featherweight champion Max Holloway. Holloway’s striking was too much for Ortega. Holloway beat the challenger badly and the doctor called a stop to the fight before the start of the fifth round. Ortega has not fought since he took that one-sided beating.

Jung lost a title fight to then-champion Jose Aldo in 2013. After that setback, Jung went to serve his mandatory military time in South Korea. Since his return, Jung is 3-1 with the UFC. He has won a fight-night bonus in each of those four outings.

Ortega enters this contest as the No. 2 ranked featherweight in the official UFC rankings. Jung checks in at No. 4.

During his career, Ortega has established himself as a fighter with the ability to come from behind and snatch an impressive submission win out of thin air. He puts a lot of faith in his grappling ability. That failed him against Holloway and while Holloway is a more technical striker than Jung, Jung is a fighter who relies a great deal on his hands.

Some fighters are never the same after a terrible loss. This fight will be a test for Ortega as he will jump back into the fire with another striker.  Jung’s three most recent wins have all come by way of first-round knockout.

The most alarming stat on Ortega side of the equation is that he gets hit with an average of 7.36 significant strikes per minute and that’s with 50 percent defense. Holloway landed 290 of 490 significant strikes against Ortega. Jung is going to test Ortega’s ability to take a punch.

Jung can knock out Ortega, but Ortega showed that he is an incredibly tough fighter in the Holloway matchup. Despite being bruised and battered, Ortega went four rounds with the UFC champ and never hit the mat from strikes. Ortega has only been knocked down once in his UFC career and that happened in 201 against Clay Guida. With that kind of record, I find it hard to see this fight ending in a knockout, but there is a chance.

As for Ortega grabbing a submission, Jung has no submission defeats during his career.

With the way he fights and the number of strikes Ortega eats, Jung has a clear edge in this fight. Jung lands 4.58 significant strikes per minute and he has a 77 percent takedown defense. The only UFC fighter to score a takedown on Jung was Aldo and he landed five. 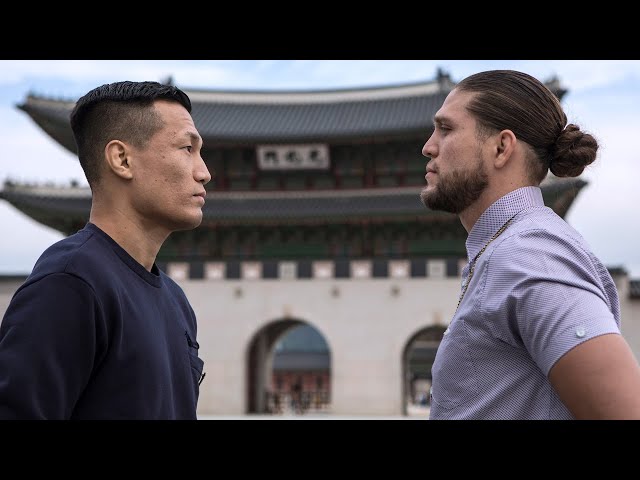 Unless Ortega has totally changed his fighting style, it’s hard to not give the edge to Jung.

Put simply, the winner of this matchup is likely to face current featherweight champion Alexander Volkanovski.

UFC president Dana White spoke to Sports Illustrated about this contest, “I’m excited it’s finally happening. Whoever wins this fight, it catapults one of these guys into a shot at the title.”