On Saturday, the UFC heads to New Mexico for the first time in nearly six years for UFC Fight Night 167. The headlining bout sees Corey Anderson, who is ranked No. 5 in the official UFC light heavyweight rankings vs. the No. 6 ranked Jan Blachowicz. The two met in a three-round contest in 2015 with Anderson winning that matchup by unanimous decision (30-35, 30-25, 29-26).

The UFC Fight Night 167 card streams in its entirety on ESPN+. The main card begins at 8:00 PM ET following prelims, which start at 5:00 PM ET.

Anderson’s game plan is not flashy and everyone knows what that game plan is. The problem is that his opponents struggle to stop it. Anderson has scored 25 takedowns in his past five wins. Once he gets the fight to the mat, he uses a heavy top game and effective ground strikes to rack up points. If Anderson’s opponents do get back up, he doesn’t struggle to take them back down. Unless Blachowicz has significantly improved his takedown offense and his ability to get to his feet, expect another Anderson victory.

The first time these two met, which took place at UFC 191, the round one was very close. Both men scored a single takedown and the total strikes landed were almost identical, with Anderson landing 25 of 64 and Blachowicz making impact with 24 of 44. Things went differently in the final two rounds.

While the first fight was difficult for Blachowicz, this rematch could be even more of a challenge. Early in his career, Anderson was almost exclusively a wrestler. However, as Anderson has climbed the light heavyweight rankings and run off four straight wins, he has become much more comfortable in his striking, as evidenced in his November knockout win over Johnny Walker. With that added wrinkle, Anderson’s chance of victory increases.

There’s no doubt Anderson has improved since 2015, but so has Blachowicz. He’s become better at keeping distance while striking and has used that ability to add more leg kicks to his arsenal. That approach could allow him to keep Anderson at bay and make Anderson’s takedowns easier to defend. However, the question is, will Blachowicz be able to keep Anderson away from takedowns for 25 minutes? That might prove to be a difficult task.

Anderson has never been a risky fighter. That fact has hurt him in the court of public opinion. It also made his rise up the rankings a little slower. Had he been a more aggressive fighter in the octagon and a more outspoken competitor outside the cage he most likely would have earned a title shot by now. However, that slow rise has allowed him to develop a more well-rounded game, which makes him a more dangerous competitor.

The odds the first time these two met were nearly even, that’s not the case in the rematch and Anderson’s development is the main reason he is more than a 2-1 favorite on Saturday.

Anderson knows he is very close to a title fight. If he earns a second win over Blachowicz, Anderson could be next in line for a shot at Jon Jones, especially considering Jones has victories over the four fighters ranked ahead of him.

I wouldn’t expect an aggressive fight from Anderson. I think Anderson will test his striking early so he can get some real fight striking reps in and then go to his takedown and ground game to earn a decision win.

Quite simply, the winner of this matchup has a legitimate chance to compete in the next light-heavyweight title fight. So while it’s not a title fight, it’s as high-stakes as a non-title fight gets. 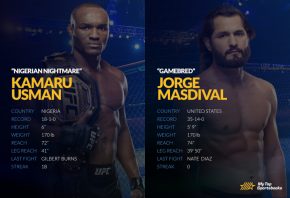 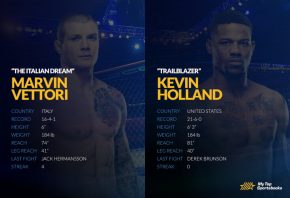