The UFC heads to Abu Dhabi for the first time since January of this year for UFC 267. While the event is a numbered fight card, reports are that it will not be a pay-per-view card. Instead, the event will reportedly air in the afternoon in the U.S. and ESPN+ will stream the card to subscribers of that service.

In the headlining bout, Jan Blachowicz looks to defend his light heavyweight crown for the second time against the No. 1 ranked contender Glover Teixeira. Check out our picks for that contest.

In the co-main event, former UFC bantamweight champion Petr Yan looks to get closer to regaining his title when he faces Cory Sandhagen in an interim title fight that was booked when current champion Aljamain Sterling was not cleared to fight following neck surgery. Sterling earned the title in a disqualification win over Yan, due to an illegal knee, at UFC 259.

Yan vs. Sandhagen prediction and pick

Yan won the vacant UFC bantamweight title with an impressive TKO win over former UFC featherweight kingpin Jose Aldo at UFC 251. In his first defense of the title he landed the illegal knee that gave Sterling the title.

Yan was on a 10-fight winning streak when he faced Sterling and his UFC record was a perfect 7-0 with four knockout wins during that stretch.

If I am a member of Yan’s team, I’m going over the recent T.J. Dillashaw vs. Sandhagen fight in detail. Dillashaw won that fight by split decision. Dillashaw’s style and approach against Sandhagen should be the blueprint Yan builds around and expands on.

Yan needs to watch out for Sandhagen’s stand-up. Sandhagen often takes reckless chances and attempts techniques that put him in dangerous positions. A powerful and aware striker like Yan can take advantage of Sandhagen’s recklessness.

Sandhagen is one of the best fighters at landing flying knees in the division, and Yan has been susceptible to those attacks. Sterling landed two flying knees against Yan. Don’t be surprised to see Sandhagen attempt that technique. Sandhagen is faster, taller and more powerful than Sterling and if those knees land, Yan could be in big trouble.

Despite Sandhagen’s ability, I think the former champ is the better all-around fighter and I think he gets the win.

With Yan more than a 2-1 favorite, he’s not an especially good value for a straight win. With that, it might be worth looking for value in the method of victory. Yan has good cardio and the ability to dole out punishment late in fights. If Sandhagen runs out of gas, he could get finished late in the fight. Yan is also powerful enough that he can catch Sandhagen when he uses some of his more reckless offense and score an early stoppage.

With the stakes of this fight being high and the lessons he’s learned in previous outings, I expect Sandhagen to be more patient and I  think he’ll avoid being too reckless.

With that, I think the value is in Yan by decision or by taking the over in a bet based on rounds completed.

Prediction: Yan via decision at -220 via Sportsbetting.

I love this matchup. This is a bout that fight fans want to see as, at least on paper, it looks like it is going to be exciting and fast-paced with the possibility of an abrupt ending.

It’s not out of line to think that Sandhagen will pull off an upset with an early knockout or submission win. He is very much a live underdog in this contest. However, I think Yan’s composure, power, skills, chin and his ability to take an opponent to deep water and tire them out will carry the day. When you add in the fact that Sandhagen can get reckless, the scales just title more in Yan’s favor.

With Sterling’s neck injury, it’s unclear if he’ll be able to fight again. Ideally the winner of this fight gets the interim bantamweight title and then faces Sterling in a unification bout, but it won’t be a surprise to see the interim titleholder awarded the undisputed crown if Sterling’s time away from the octagon extends into a lengthy absence. 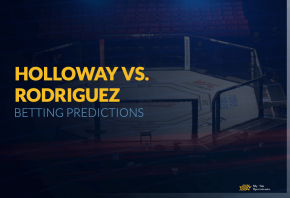 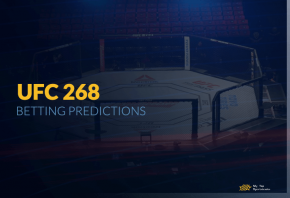