An important light heavyweight contest headlines UFC on ESPN+ 40. In that bout, Thiago Santos, who is the No. 1 ranked fighter in the official UFC rankings, faces No. 3 ranked Glover Teixeira.

Santos has not fought since he took Jon Jones five rounds in July 2019. Santos dropped a split decision to Jones, who was the UFC light heavyweight champion at the time. With that, Santos became the first UFC fighter to win a scorecard against Jones. What made Santos’ performance more impressive was that he needed surgery on both knees after the fight.

Teixeira, who is also a former UFC 205-pound title challenger, he lost to Jones via unanimous decision in April 2014, is on a four-fight winning streak dating back to January 2019. Three of his wins came by stoppage.

There will be questions about Santos and his striking, especially his kicks because of the knee surgeries that followed his scrap against Jones, but when thinking about that, it pays to remember those injuries came during the Jones fight and that fight was close to going to Santos. If Santos can take a fighter like Jones five rounds and almost beat him on two wonky knees, he should be able to handle Teixeira who has a lot of miles on his body.

Santos made his light heavyweight debut in September 2018. He went 3-0 before he faced Jones. Santos won each of those bouts by knockout. Since he is no longer cutting as much weight to make middleweight, Santos is now one of the most powerful strikers in the 205-pound division. He is especially devastating with his kicks. That’s not to say that Santos can’t stop fights with his hands, he can and has. Cardio should not be an issue either, since Santos went five rounds with Jones.

Teixeira might be the better all-around fighter, but Santos has one strike stopping power and over 25 minutes I think he’ll land at least one crushing blow.

Santos is the more active striker and he absorbs fewer strikes than Teixeira, who gets hit more than he lands his own strikes. That’s a huge concern when it comes to someone like Santos, who has 15 of 21 wins via knockout.

Teixeira is a better ground fighter, but Santos has a 68 percent takedown defense, which isn’t great, but it should serve him well. Santos needs to do whatever he can to avoid the ground because that is where Teixeira, who has two submission wins in his past four fights, excels.

The honest answer here is placement in the rankings.

UFC president Dana White said the UFC is looking at matching UFC middleweight champion Israel Adesanya against light heavyweight titleholder Jan Blachowicz in early 2021. If that fight gets booked, the winner of this contest will likely be in line to face the winner of that bout. However, if that contest doesn’t take place until March, that could mean a long wait for Teixeira or Santos, which means the winner of UFC on ESPN+ 40 is likely in for at least one more fight before they get a title fight. 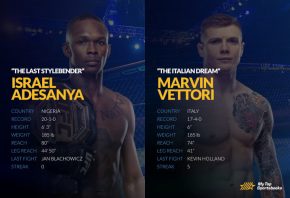 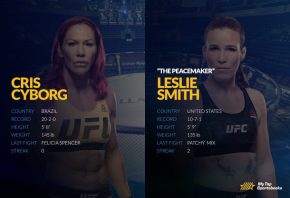