As the World Cup heads into the final Group Stage matches, the odds have shifted significantly since the start of the tournament.

Poor performances from Argentina and Germany have knocked those two favorites down the odds-list. Meanwhile, Belgium, Croatia, England, and Mexico have all seen their odds get shorter thanks to some tremendous play.

Here’s how BetOnline has the top-15 favorites, as of June 25, complete with pre-tournament odds from June 11. (All unlisted teams are at least 100/1 or longer.)

England and Belgium have legitimate claims to the label of most impressive team in the tournament, to date. But since they both started at relatively short odds (+1600 and +1000, respectively), they didn’t have as much room to move up as Croatia and Mexico, who started at +3300 and +8000.

The Croatians had relatively long odds at the outset partly because they were placed in what looked like a tough group. But they cruised past Africa’s top team, Nigeria (2-0) and then stunned Argentina (3-0) to book their spot in the Knockout Round before they’d even played their third game (vs Iceland).

Their +5 goal differential and zero goals succinctly demonstrate support how well they have performed. Their defense has been impenetrable and made the usually uncontainable Lionel Messi a complete non-factor in the Argentina game.

Midfield linchpin Luka Modric is proving that he’s still at the top of his game at 32, and there is no team in the field that will overwhelm this side. Their rise to +1200 is completely justified. 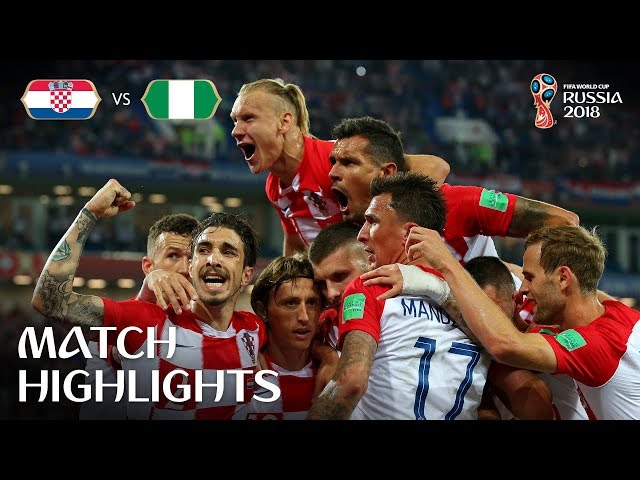 Mexico’s jump is also reasonable. A long history of World Cup disappointment plus an underwhelming buildup had El Tri at +8000 entering the tournament. A stunning 1-0 over defending champion Germany swiftly changed the outlook.

A follow-up 2-1 win over South Korea was more dominating than the final statistics suggest and consolidated Mexico’s status as a legitimate contender. The South Koreans were thoroughly outplayed while the game was level and only tallied their lone goal in the third minute of stoppage time when the result was decided.

Usually done in by a suspect defense, Mexico has done a nice job in front of Guillermo Ochoa and they’ve looked supremely dangerous at the other end, beyond just Javier Hernandez.

Argentina have been the biggest disappointment so far. The 2014 runners-up were +900 at the outset, but are twice as long now (+2000) and face a must-win in their third and final match (vs Nigeria).

Argentina only earned a single point from their first match with Iceland despite taking an early 1-0; Messi missed a penalty which would have given them the full three points in the second half. Their second game with Croatia was an even bigger debacle. Though they controlled possession (58-42%), they didn’t look dangerous and, after a brutal miscue from keeper Willy Caballero (see video below), could not recover.

The Germans aren’t in quite as dire straits, but have still been a disappointment and fallen from +450 co-favorites to +600 as a result. They started their title defense with a stunning 1-0 loss to Mexico, and they would be all-but eliminated if not for some late-game heroics against Sweden.

Their usually stingy defense is giving up chances at an alarming rate, especially vs Mexico, but luckily they have a relatively easy matchup against South Korea to wrap up the Group Stage. They currently sit tied for second with Sweden (both on three points) and are virtually guaranteed to go through with a win, even if Sweden beats Mexico and the three teams all finish tied with six points.

There is certainly work to do for Joachim Low, regardless. This does not resemble the squad that obliterated Brazil in the 2014 semifinals.