Russia 2018 kicks off on Thursday, June 14th with a performance by Robbie Williams. Hopefully he’ll sing his 1997 hit “Let me entertain you,” because the opening match, between the hosts and Saudi Arabia, probably won’t.

But don’t let that discourage you. Egypt and Uruguay face the next day, as the hero of today (Mo Salah) takes on the villain of yesterday (Luis Suarez). Next up, Morocco and Iran could prove to be a surprisingly fun affair. Then there’s the one worth waiting for: Spain vs Portugal.

…And that’s just the first two days! Here are our picks.

Host nation Russia takes on Saudi Arabia for what could be the worst game of the entire tournament.

Russia is currently ranked 70th in the official FIFA rankings; Saudi Arabia is marginally higher at 67th. When it comes to the World Football Elo Ratings, Russia sits at 44th and Saudi Arabia trails at 63rd. Whatever metric you use, these are two of the weakest sides at the World Cup.

The hosts are sending a weak squad that has been further ravaged by injury. Georgi Dzhikiya and Viktor Vasin will not be fit for the World Cup, further diminishing their supply of defensive talent. And star striker Aleksandr Kokorin is still recovering from surgery, leaving the off-form Fyodor Smolov as their primary goalscorer.

Their results speak for themselves: one win in their last ten international fixtures, and no wins in 2018.

But before you write off the hosts, let’s take a look at Saudi Arabia. Considered by many to be the weakest nation to qualify, the Saudis will be extremely lucky to survive the group stages despite their relatively weak group.

A few players have experience playing in Europe, but most have spent their entire career inside Saudi Arabia. That leaves them extremely ill-prepared for the challenges of the World Cup. The Saudis have fired two coaches since qualifying, and the national team is currently led by Juan Antonio Pizzi, the head coach responsible for Chile’s failure to qualify.

The host nation usually exceeds expectations, so it’s understandable that Russia are the favorites here. But even with all the benefits that come with playing at home, the line shouldn’t be this wide. There is no value in picking Russia at -214. Take a chance and pick an upset: Saudi Arabia at +1000. 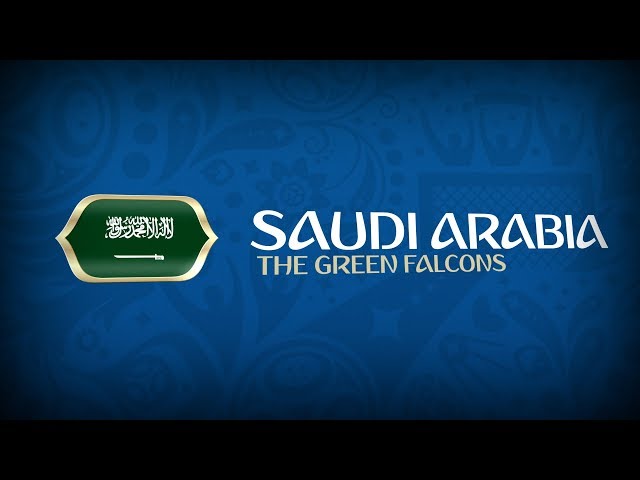 Many consider Uruguay to be the dark horses of this World Cup, and there’s good reason for that. Atletico defenders José María Giménez and Diego Godín are the two central defenders holding the backline in place, and the duo have years of experience playing together both at the club and international level. Up front is Edinson Cavani and Luis Suárez, two of the best strikers in the world right now.

Egypt, on the other hand, is only known for one player — Mohamed Salah. The 2018 PFA Player of the Year is coming off a breakout season at Liverpool, which saw the Reds reach the finals of the Champions League. However, Salah is still nursing a shoulder injury from the Champions League final and may not be cleared to face Uruguay.

With or without Salah, this should be a comfortable win for Uruguay. Under the defensively-minded Héctor Cúper, Egypt adopts a conservative style of play, which doesn’t exactly play to Salah’s strengths. He won’t receive the same kind of support or distribution that allowed him to flourish at Liverpool, and the Uruguayan backline can afford to focus their efforts on shutting him out of the game since Egypt doesn’t have any other threatening players.

Uruguay will face a serious challenge at the Round of 16, where they will likely face Spain or Portugal. Until then, it should be smooth sailing for them.

Neither Morocco nor Iran are likely to advance to the knockout stages. Those Group B qualifying spots will probably go to Spain and Portugal. However, if there’s going to be an upset, it’ll come from the winner of this match.

But the player to watch to watch is Hakim Ziyech, the blossoming Ajax superstar. Ziyech was born in the Netherlands and spent his junior years playing for the Dutch national team, but chose to represent Morocco as a senior. He’s intelligent, he’s technical, and he hits free kicks with surgical precision. He’s also responsible for ending Morocco’s 20-year World Cup drought.

Things aren’t as rosy over in Iran. Saeid Ezatolahi, their star defensive midfielder, will miss the match due to suspension. And their defense underwent a last-minute reshuffling, leaving the backline with little experience playing as a unit.

It’s a shame that Morocco drew such a tough group. In an easier group, they would have a serious shot at advancing. Oh well, at the least they should post a win over Iran.

Here’s the big one. Both Spain and Portugal will almost definitely progress to the Round of 16. The question is, in which order?

Portugal head to the World Cup as the European champions, despite their uninspiring performances at Euro ‘16. In the span of two years, they’ve strengthened their attack but their backline is currently in disarray. Aside from the 35-year-old Pepe, there is a complete drought of quality defenders.

On the other end of the pitch, Man City’s Bernardo Silva, Valencia’s Gonçalo Guedes, and Milan’s André Silva are three young players who add a ton of depth to Portugal’s attack. Alongside Cristiano Ronaldo, they’ll be a threat to any defense.

After a slew of disappointing results, La Roja have finally found their form again. On paper, not much has changed. Their World Cup squad is similar to the Euro ‘16 squad that finished second in their group and crashed out in the Round of 16. Hell, it’s actually quite similar to the Brazil 2014 squad that failed to make it through the group stage.

Whatever brought about the change, there’s no denying that Spain are one of the favorites to lift the trophy. They steamrolled through their World Cup qualifiers and their recent 6-1 thrashing against Argentina showed just how ruthless they can be.

My only concern is their star striker, Diego Costa. The fiery Atletico forward has always struggled to find his place within the national team, despite being a world-class striker. Under a more direct, counter-attacking system, he would shine like none other. But he struggles with the free flowing style of the national team.

I picture Spain running rings around Portugal, creating chances left, right, and center. But I also picture them failing to find the back of the net each time. All the possession in the world isn’t worth a thing unless you make something of it. Portugal don’t play pretty football, but they can grind out a win. I’m picking an upset!