Worried About the Gender Pay Gap in Sports? Follow These Athletes’ Instagrams

It is no secret that men and women get paid differently, even for doing the same work. This is, in fact, a global problem. However, it is not often that we look directly at the gender pay gap in the world of sports while offering up solutions to the problem. 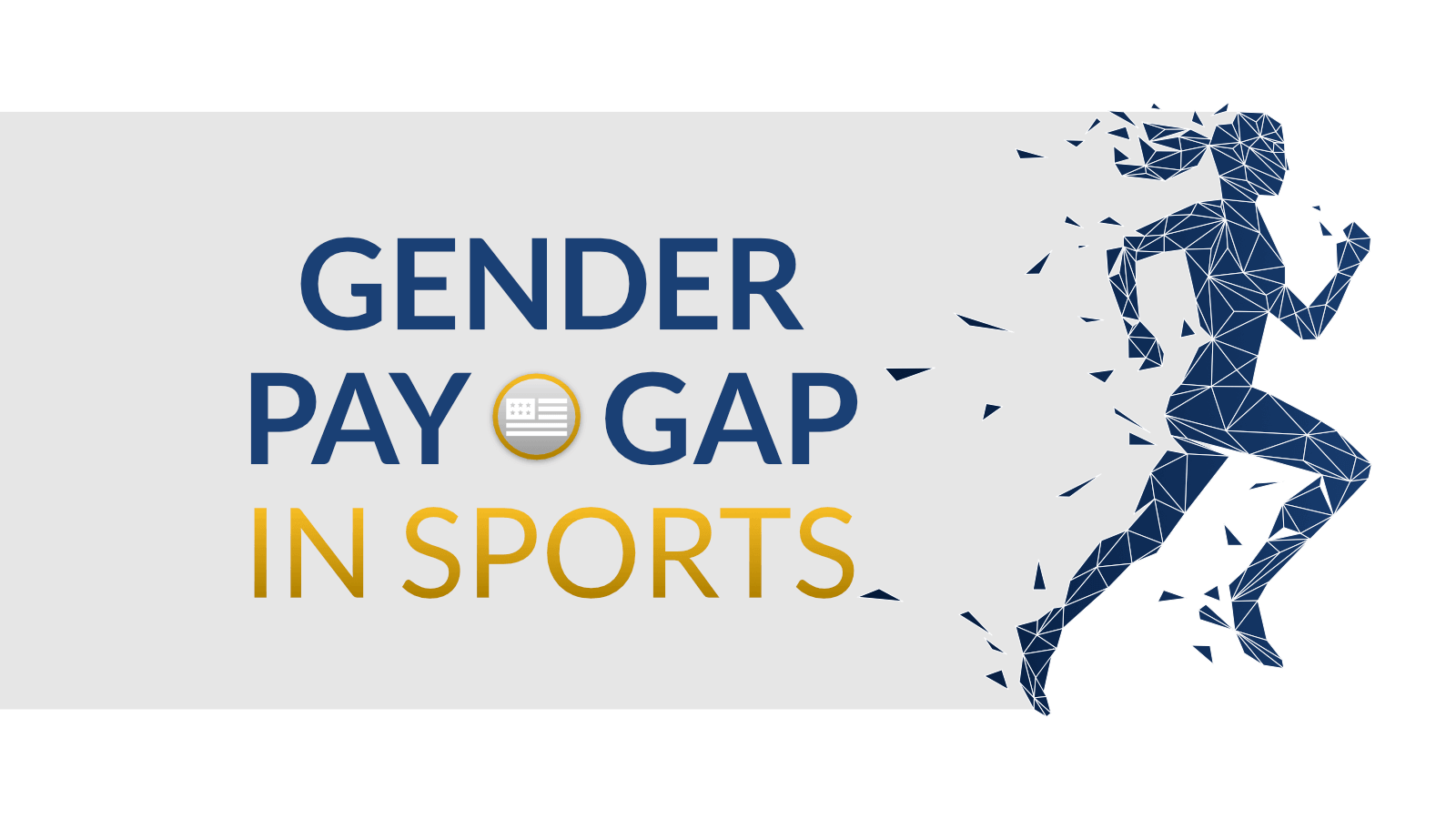 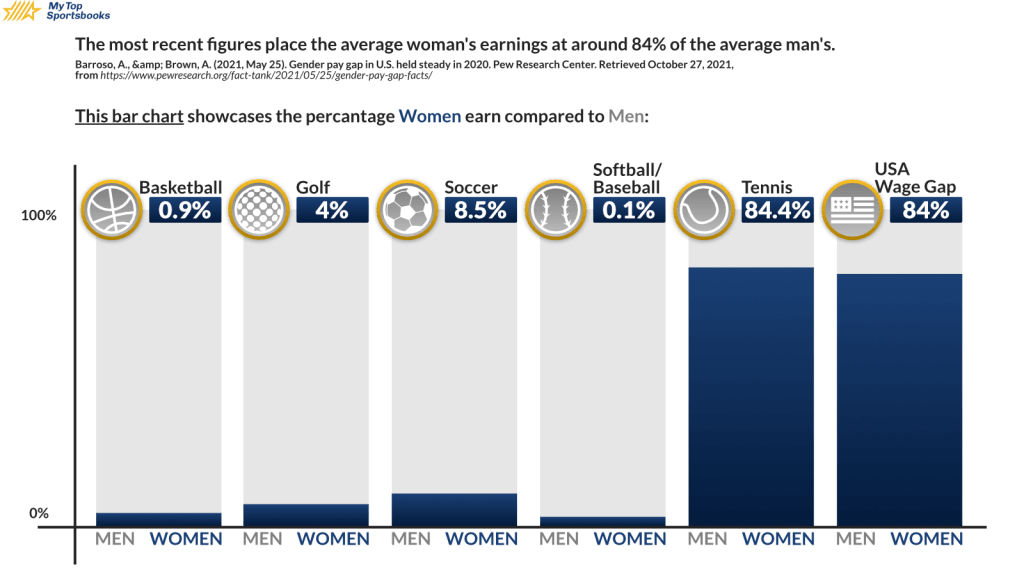 Figure 1.1: The gender pay gap is much larger in the sports industry when compared to the gender wage gap of the US labor force at large.

The non-adjusted gender pay gap in the United States is already a formidable challenge. As Women typically earn 84% of what men earn, due to a number of factors including pay discrimination, different parenting expectations, assumed customer preferences, and more.

In the sports industry, the gap only grows even wider. These numbers can be truly startling. For example, The average female golfer in 2019 earned an annual salary of $48,993.

While the average male golfer’s salary was roughly 25 times that at $1,235,495. Golf, being such a quiet sport, is tough to explain away this difference on biological grounds. 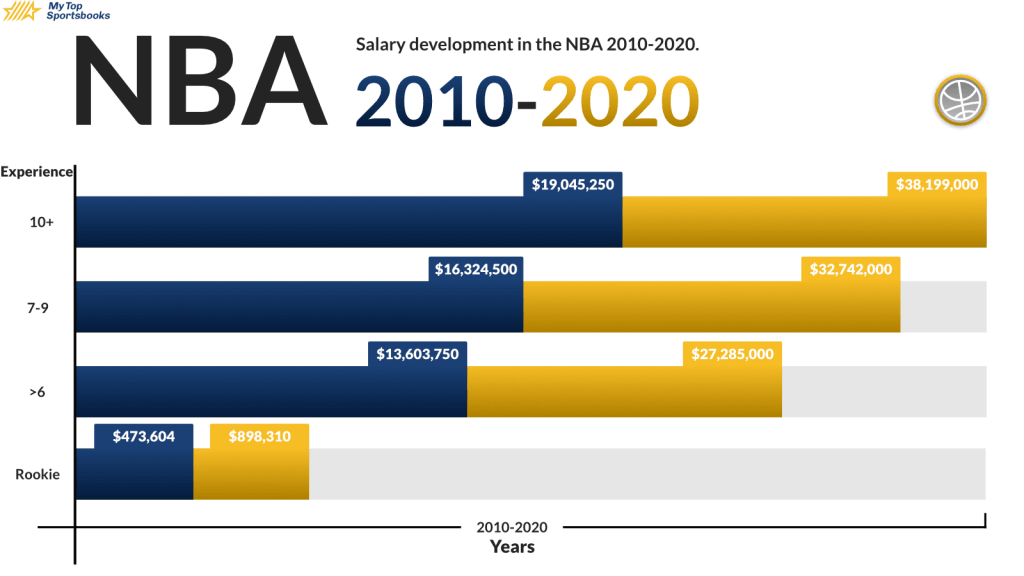 Figure 2.1: Wage growth in the NBA between 2010 and 2020. Figures at each experience level roughly doubled over the previous decade. 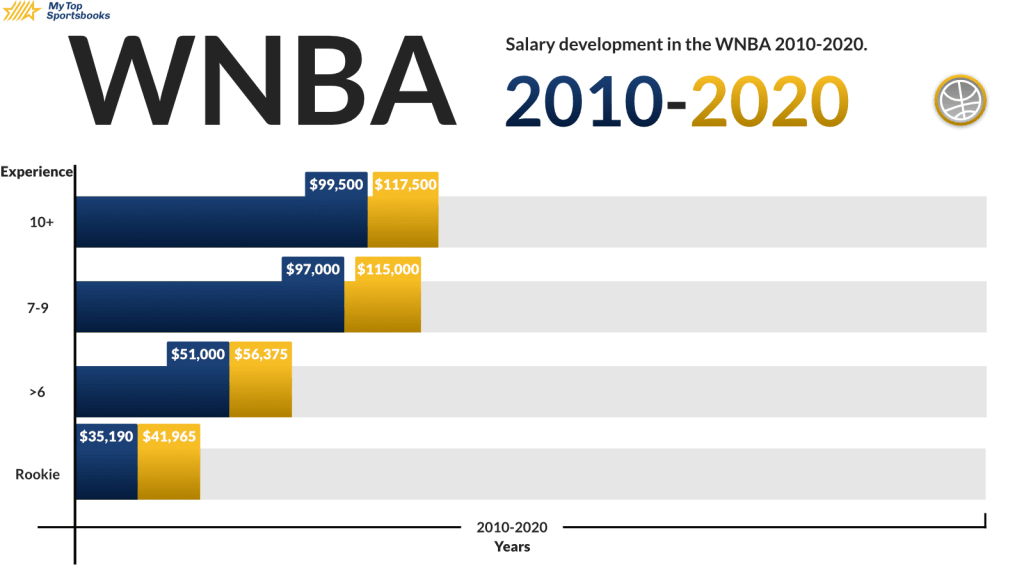 Figure 2.2: Wage growth between 2010 and 2020 in the WNBA. The development for WNBA wasn’t even close to what it is at NBA, where the salaries doubled at each experience level. WNBA players earn 10 to 300 times less than NBA players. 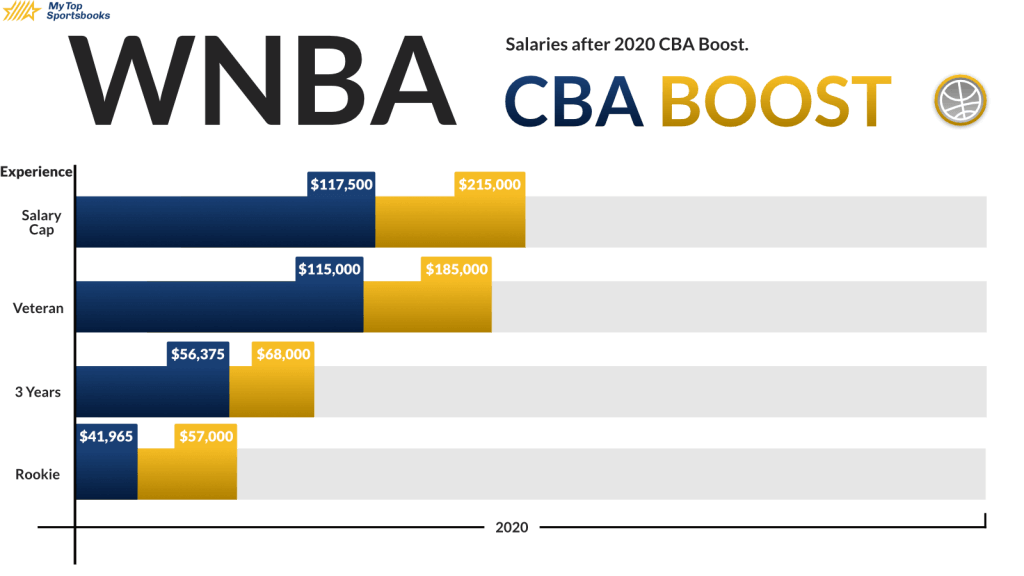 Figure 2.3: With the new collective bargaining agreement, we see a large increase in WNBA salaries. The CBA can improve the working conditions on other ways besides the salary too. However, WNBA salary development still lags far behind the NBA figures.

These numbers are staggering, we can all agree. There are, however, disagreements on the causes and solutions to this problem.

Ultimate fighting presents an interesting case study, as it is a sport with plenty of individual stars who are both male and female. Amanda Nunes and Connor McGregor are both stars who attract viewers from around the world. 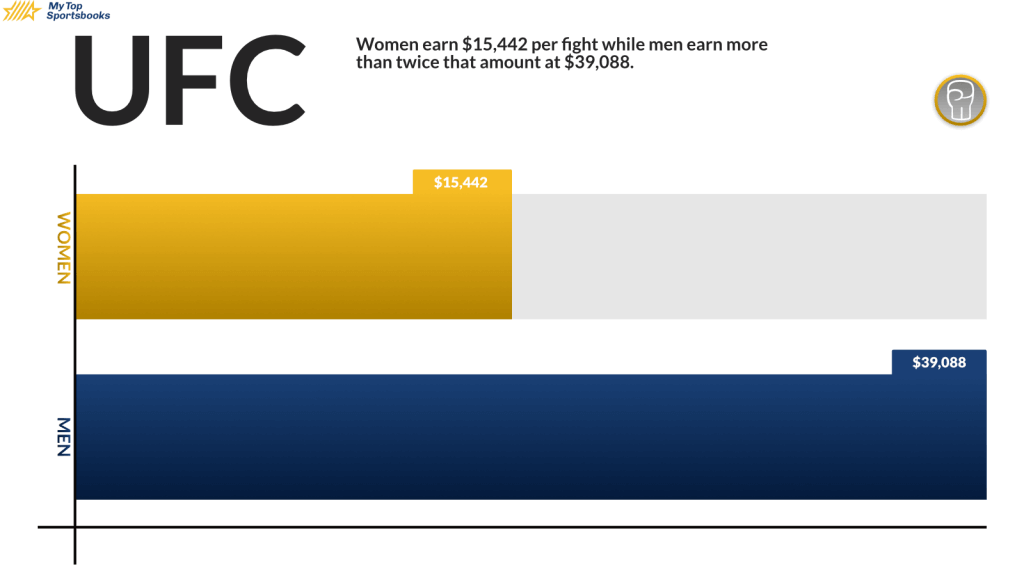 Figure 3.1: Women fighters in the UFC receive roughly half of the male fighters per fight. It’s not even, but it’s much closer than in the NBA and WNBA.

Additionally, men and women have headlined Pay-Per-View matches.  Men and women seem both able to attract large crowds to fill the stands and turn on the television.

However, women earn $15,442 per fight while men earn more than twice that amount at $39,088. A few years ago, many said this was because women were just starting their careers. Because they were junior fighters and needed time to build up their fan base. However, many years have passed, and these numbers remain stubborn.

One reason women took a long time to join is the now-debunked attitude of UFC President Dana White. he once said he would never let women compete in his franchise. He has since softened admitted the athletic ability of many women. With this type of leadership, even if he has softened his stance, is a clear blocker to equal pay.

Some analysts claim that much of the pay gap is pure and simple economics. If you bring in more money, you earn more money. Even justifications from Forbes such as “pay disparities in baseball/softball and basketball come down almost entirely to the revenue their leagues generate,” are careful to say “almost entirely” and specify the exact sport. 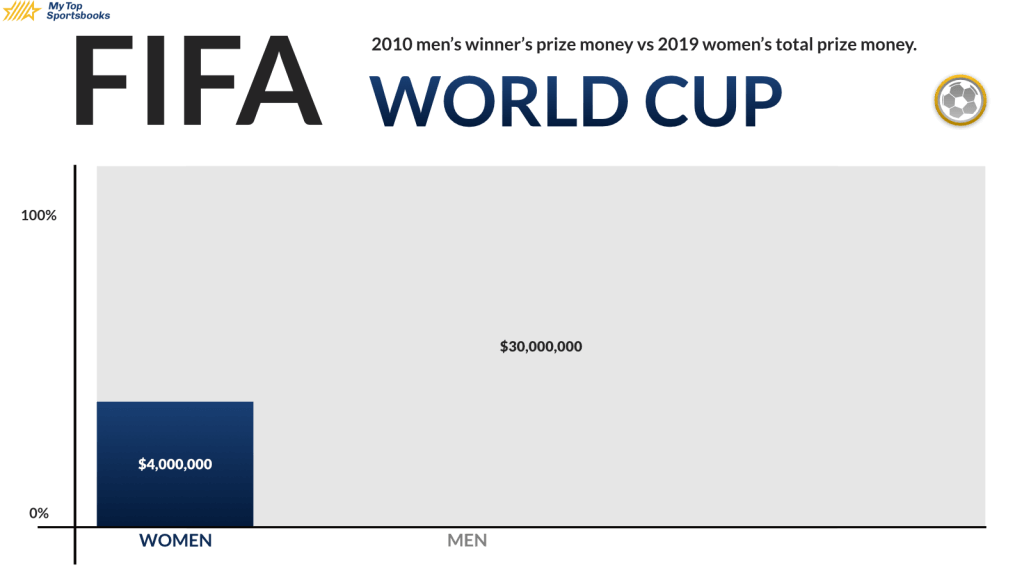 That is because this does not hold up for soccer by any means. The US Woman’s National Soccer team has been astoundingly successful, winning four World Cups and four Olympics gold medals since 1991. The Men’s team does not even always qualify for these same competitions. Importantly, the women’s soccer team has even brought in more revenue than the men’s team. 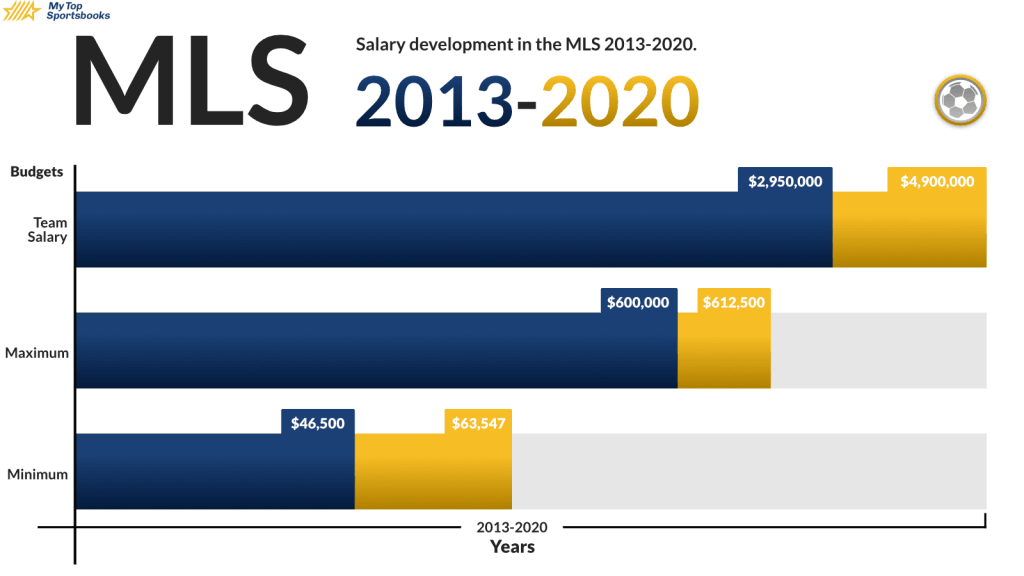 With such evidence on the table, it can begin to seem like the difference in revenue streams is an excuse, rather than a cause and effect. Or, perhaps, it is a self-fulfilling prophecy: do the expectations that people will be more excited about men’s sports lead networks to run them? How can we tell if the public is more receptive to female athletes than leagues and networks believe them to be? 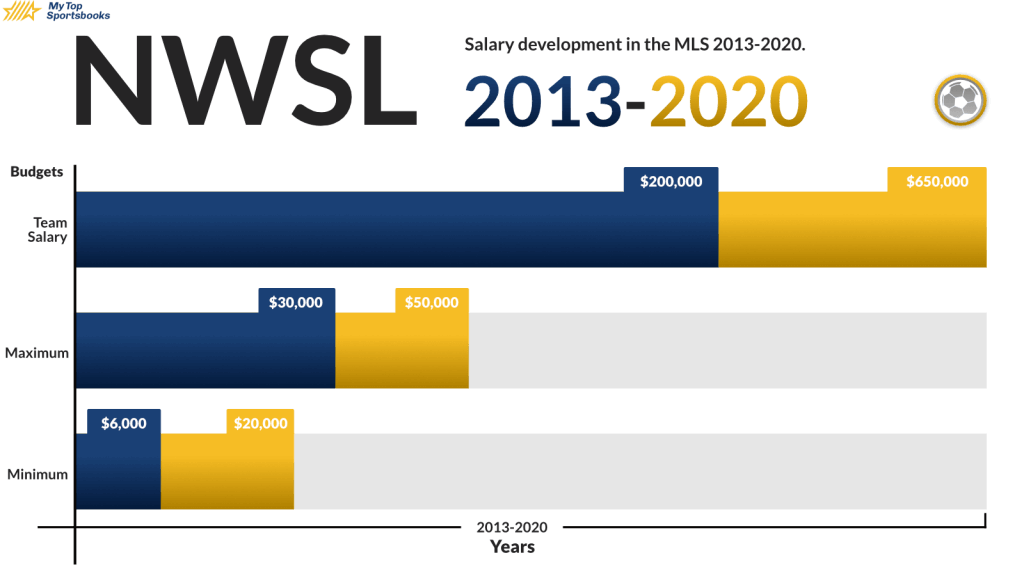 Figure 5.2: Wage growth in the NWSL was larger than it was for men between 2013-2020. Still, an individual MLS player can earn close to the salary cap for a whole NWSL team. 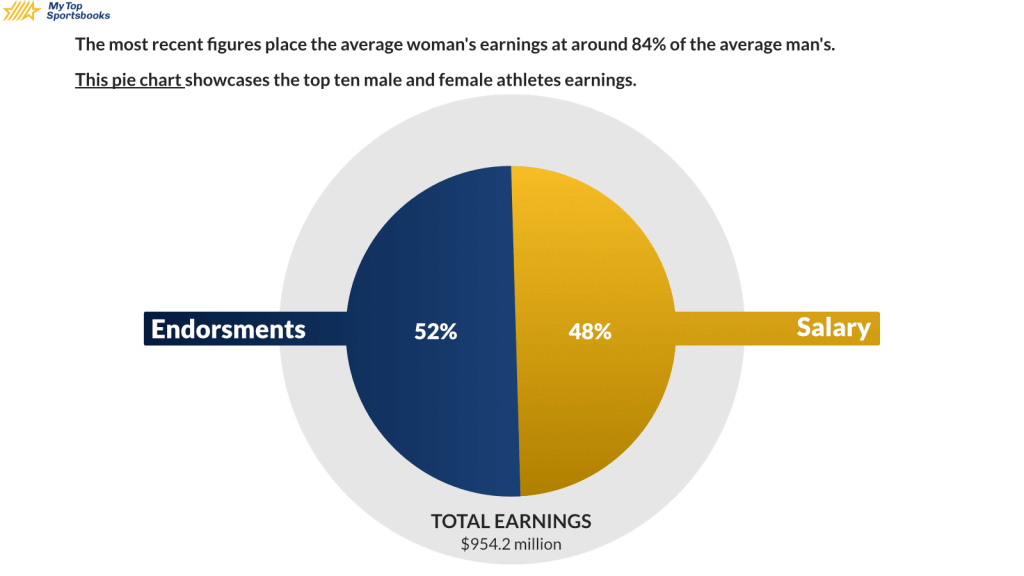 Figure 6.1: Nearly half of the top male and female athletes’ earnings come from endorsements, suggesting social media could be an effective resource.

While it can be tough to pinpoint all the exact social causes of the pay disparities, it can be illuminating to look at the different revenue streams. By zeroing in on the cash flow, we can start to look for concrete solutions to this persistent problem.

If we look historically, men and women used to gain much closer to the same amount. That was the case before the explosion of sports on TV. Over the last three decades, this gap has grown alongside massive TV deals. For example, the difference in television deals the NBA and WNBA have with ESPN nearly exactly represent the pay gap. It seems that television executives and league negotiators do not believe that as many people will tune in to watch the female athletes.

Earnings from tennis tournaments have actually gone down between 2009 and 2019. This is tough to explain, as to was one year before the start of the pandemic. The findings are surprising.

Another surprising finding from tennis is that in many cases, women are actually earning more than men. At least when it comes to the top, best-paid athletes. 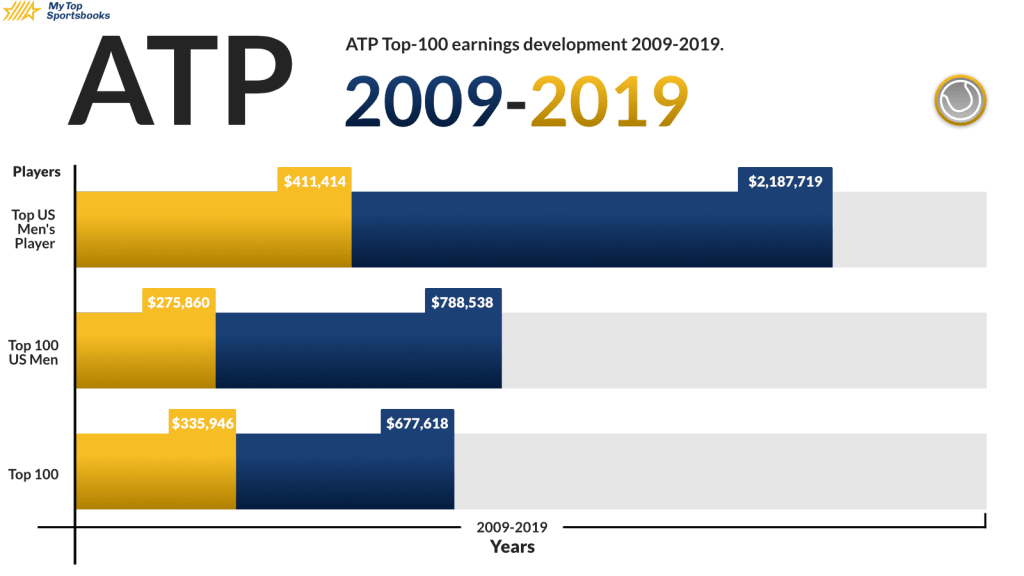 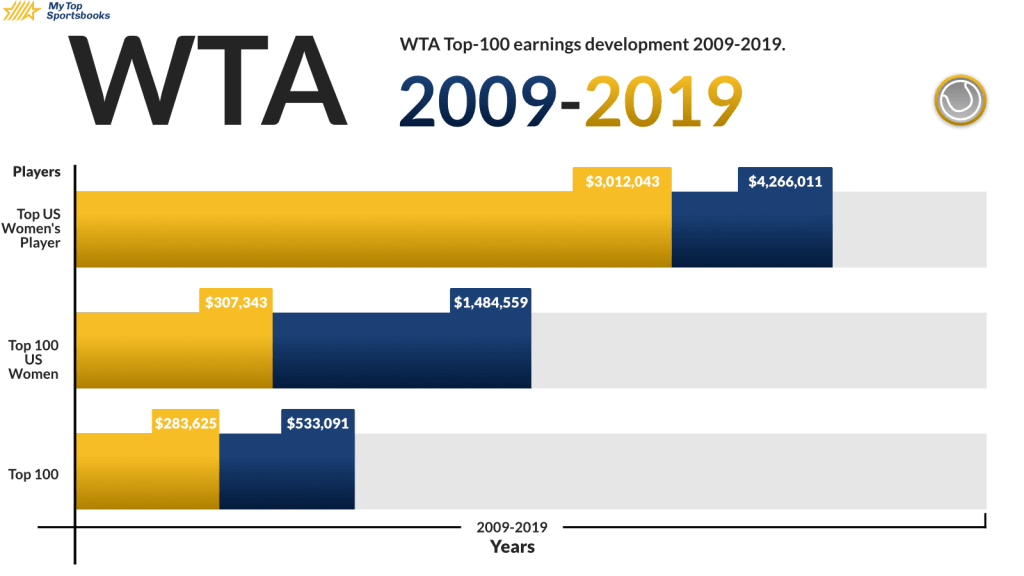 Figure 7.2: Earnings from top women’s tournaments shrunk between 2009 and 2019. The best-earning women tennis players can earn more than their male counterparts in these tournaments.

Tennis, with its amazing female stars, is a shining example of a sport where women and men are more or less on earning equality, depending on how you measure it.

The Olympics are interesting because they showcase male and female athletes much more equally than most other sports leagues. It provides an experiment where we can see how ready the public is. It is a test for the hypothesis that sports leagues and networks are simply responding to the public’s desires.

In a classic tale of the snake biting its tail, having four out of the top ten betting markets reflects almost exactly the percentage of sports that are women only. In a new record, 46% of the events in the Tokyo Olympics were women-only.

Interestingly, the WNBA seems to be paying attention to this trend, as they have recently signed an agreement with the Gaming Society to increase betting on women in sports. An interest in betting on women’s sport both reflects and can contribute to a growing interest in women’s athletics.

Social Media Can Shrink the Gap

More and more endorsements come to those athletes who people think will attract fans and consumers. This is a major source of income for athletes. The top ten highest-earning athletes make more than half of their money from endorsements.

This suggests that, despite league salaries, athletes that have big followings can significantly increase their overall earnings. One way to show just how beloved athletes are is if they have a large following on social media. Luckily, this is also a place where all of us can do our part. By following, liking, and sharing posts from our favorite female athletes, we can each make our own contribution to ending the gender pay gap in the world of sports.

To get you started, here are three star female athletes with great Instagram presences.

Not only is this superstar considered the greatest gymnast of all time, she is also an inspirational model of self-care. Having reached the Olympics in Tokyo, she could have pushed herself and come out on top. Instead, she recognized that the stress and pressure were at unhealthy levels and decided to sit out of some competitions.

Individual sports tend to be an area in the sports industry where the stars typically do not earn that much compared to certain team sports. This is despite the extreme athletic acumen that these sports also require. This is a great reason to follow Sophie Hellyer. She is not only an incredible surfer but also a yoga instructor and advocate for protecting our oceans.

With comparatively low salaries, this could actually be an area where we can help female athletes earn even more than their male counterparts!

The world’s number-one ranked female tennis player shows that she is even more than that on her Instagram. Tennis is an important area because women are already nipping at the heels of men in terms of salary. This is in part due to the Williams’ sisters.

Let’s give a boost, not only to them but also to Victoria Azarenka.