Hunting and animal rights: they go together like Donald Trump and reasonable rhetoric.

Across the United States, it’s business as usual for the opposing factions as hunters and animal-rights groups continue their perennial tug of war over this, that, and just about everything that can be legally harvested on land or from the water.

Law-makers in several states are currently considering a broad range of regulations which would limit (or, in certain cases, expand) hunting in various ways.

In Ohio, regulators are expected to make some major changes regarding when and where wild turkeys can be taken. Hunters in the northern part of the state had complained that the season started way too early in the spring.

In Alaska, the federal government is considering implementing changes regarding predator hunting on refuge lands – similar to ones that the National Park Service has already put in place on Park Service land. Hunters are none too happy about it, arguing that the changes would prevent subsistence users and sportsmen from engaging in types of hunting that has not been a problem in the past – such as shooting brown bears while the animals are taking bait.

In Wyoming, efforts are being made to restrict the number of grizzly bears taken by hunters as a means of complying with a proposed federal rule that would remove the animal from the endangered species list in the state.

Lastly, in Pennsylvania, Rep. Marc Gergely has stated his plans to introduce a bill that would legalize the use of airbows in hunting. But that bill is not only opposed by animal-lovers, the archery community is also anti, fearing airbows would eventually finagle their way into archery-only hunts, putting the purists at a disadvantage.

America isn’t the only country to feature a significant divide between hunters and animal-rights groups. Our neighbors to the north are getting in on the truculent action these days. Canadian sportsmen and animal-rights advocates will be jockeying for position throughout the next two months as lawmakers in Ottawa prepare for the second reading on a controversial bill.

Technically, it is called An Act to Amend the Criminal Code, the Fisheries Act, the Textile Labelling Act, the Wild Animal and Plant Protection and Regulation of International and Interprovincial Trade Act and the Canada Consumer Product Safety Act (animal protection), but those debating it refer to it only as the Modernizing Animal Protection Act, or C-246.

For decades, Canadian animal-lovers have been seeking tighter regulations, arguing that Canadian law protecting both wild and domesticated animals are among the weakest in the civilized world.

Most of the bill’s opponents are centered in the Maritimes, where fishing and hunting are livelihoods for many residents. The Atlantic provinces believe they have been harmed economically by animal-rights organizations, which have had some success in limiting seal hunts, and fear that increased protections for animals beyond what is now law would lead to further limitations.

New Prime Minister Justin Trudeau tossed cold water on the bill recently when he urged legislators to vote against it, putting liberals – who would normally tend to back this type of legislation – in the uncomfortable position of opposing the PM if they vote to advance C-246.

Will we see the aforementioned states move on their proposed regulations? Will the hunters win out up north? Let’s take a look at the odds.

Odds Wyoming places restrictions on the taking of grizzly bears in 2016: 2/5

Odds Pennsylvania legalizes the use of airbows for hunting in 2016: 4/1

Odds Canadian Parliament passes C-246 in the next legislative session: 5/2 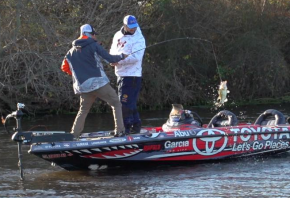