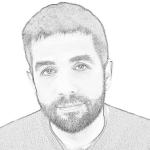 Like any betting site worth their salt, Intertops has multiple bonuses to pick from. We’ll cover each more in-depth shortly, but here’s a quick snapshot of what’s there for the taking:

We’re going to go right ahead and say it: we’re very underwhelmed by Intertops welcome bonus inside the sportsbook. When you stack it against competitors, it pales in comparison. Big time.

Here’s the deal: there’s not one, not two, but three sign-up bonuses that new players can pick to redeem (only one can be chosen). Having options is usually a good start in the bonus department, however, neither one of the three are “good” deals. Here’s are the three:

What disappoints us so much about Intertops sportsbook bonuses is their tiny payouts (c’mon $50 for one of them?). We’re not ones to turn our nose up to free money, but what’s offered at Intertops is peanuts — especially when $1000 max bonuses aren’t uncommon to find online elsewhere.

If you’re a bettor that wants to maximize their cash flows with promos, Intertops is not for you. These deals are geared more for players that want a quick spin at the Intertops sportsbooks. In that regard, at least the bonuses do have small rollover rates that players can burn through rather quickly.

Thankfully, Intertops isn’t nearly as stingy with their new player deal in the casino as the sportsbook. Actually, it’s quite the opposite — to the benefit of bettors.

With the bonus code of SIGNUP100, casino players can net a 125% match that tops out at $1000. The aforementioned bonus code MUST be entered in the “redeem coupon” section while making the first-time deposit. If not, that deposit isn’t eligible to be matched in free play. But the deals don’t end there.

Intertops extends their welcome package to the next four deposits, too. The “rookie raise”, as Intertops calls it, can dish out as much as $5,555 in free play when maxed out. Here’s how the next four bonuses work:

We have to give Intertops their due, this casino bonus is quite something. The five successive bonuses are on the unique side and with more than $5000 at stake, it’s also one of the most lucrative deals in the industry.

This deal is less of a referral program and more of an affiliate service. Rather than just getting a referral link — as is the standard at other betting sites — Intertops forces interested players in registering for the affiliate program. Once approved (which trust us, is almost a given), players can begin earning commission via the service.

Commissions earned can net players free play EVERY single month, not just a one-time bonus on the referred player’s first deposit as has been normalized elsewhere. The commission percentage varies, but on the high end, it can reach as much as 35% which is almost unheard of industry-wide.

Beyond the traditional bonuses (e.g. sign-up), Intertops spices things up regularly on their promotions. These are swapped out from time to time, but as an example, here’s a few of the unique offerings current available:

Intertops deposit and withdraw options offer players numerous banking methods to transfer and extract their funds. From Visa to Bitcoin as well as a number of alternative safe methods you can be guaranteed the will be a deposit option to suit your needs.

When it comes to depositing, Intertops has a broad range of options and supported currencies. While most methods have a $20 minimum deposit, if you use EcoPayz, you can get started quickly with a deposit of just $10. There is no max cap with bank wires at Intertops; big spenders will be happy. Intertops has also followed other sportsbooks in its acceptance of cryptocurrency; it now accepts Bitcoin, Bitcoin Cash, and Litecoin deposits and withdrawals.

Getting your winnings from Intertops can take a little while longer than depositing funds, depending on your chosen payout method. Intertops only processes requests from Monday to Friday; bank wire transfers take 10-15 days, couriered cheques take five days, and the rest of the methods offered take a minimum of two days. Hefty payout fees have received some ire of bettors in the past, as Intertops skims $50 off your payout when you request payment either by cheque or bank wire.

Intertops is one of the top sportsbooks come NFL season, covering all the latest football lines ahead of each game. In addition to having betting lines for all the major sports, Intertops offers a unique “Parlay Prince” program, offering an extra $1,000 (no rollover) for the customer who makes the highest net profit from a single parlay bet each month. They also provide great enhanced halftime odds during NBA and NFL seasons.

They offer unique prop bets under their non-sports section which allows players to step outside the traditional sportsbook offerings, we found bets for the US Powerbowl, politics, and stockmarket betting options too. If you’re looking for a break from sports, Intertops also has two casinos, each with a full range of slots and table games. Their impressive Wheel of Fortune game that gives away a guaranteed $1,000 every day is a massive draw to the site. Their poker section is second to none, with separate 100% up to $1,000 bonuses and frequent tournaments for card lovers.

Intertops has managed to keep on top of their game for over 25 years and that’s thanks to a recent overhaul of their site. It now runs seamlessly with a fantastic user experience that keeps players returning.

Intertops ranks high in ease of use for betting, their site runs a super clean and clear to use. Beginner bettors should have no issues navigating through the modern interface and live betting sections. We were impressed by the shortcut for US sports coupons and halftime betting icons just above the list of sports to bet on.

Like only a select few other books out there, Intertops is one whose mobile-optimized site has surpassed its desktop version regarding live betting, intuitive interfaces and general ease of use. The Intertops mobile site has an easy to use homepage, that eases new players in with a 3-step sign-up process that’s simple and effective. You can easily switch between sports, markets, and games with just one tap of your screen.

In-play is undoubtedly the future of sports betting and Intertops isn’t missing out. It features a full-on In-Play section, which can be accessed from the top menu. There’s a calendar on the page so bettors can see ahead of time which games will have live betting lines. Typically, most of the marquee games will carry live betting.

Intertops takes pride in their top-notch customer service. Whether it’s over the phone or live chat, you can usually connect instantly. The company is one of the few sportsbooks to offer live support via Skype, where their expert staff can easily walk you through whatever issues arise. Here are your contact options at Intertops:

Until very recently Intertops offered 15 languages to choose from, but they have since dropped that to just English and German. That being said, the Intertops team is friendly and knowledgeable on the phone; we were able to get any additional queries answered in a personable way.

Unlike most sportsbooks where emails can go without a response for days, Intertops representatives usually answer emails within an hour or two. We found the Intertops live chat support to be very responsive, but they weren’t as upfront in providing certain information. They preferred to send added information to your personal email instead.

If you’re looking for more ways to interact with Intertops, check out their Facebook or Twitter. They regularly post about betting news and occasionally host competitions in the comments.

Is Intertops a legit betting site?

Intertops is 100-percent legit and history backs that. In the early days of the Internet — when people were still scared to pay online with credit cards — Intertops was firmly entrenched in the industry. It’s not only survived since the time period, but it’s also thrived and remains one of the most-used bookmakers today.

Simply put, you simply don’t stay in business as long as Intertops has without doing something right. The site has evolved with the times and any player using it knows they’re getting a service backed by decades of experience. Believe us, your money is safe at Intertops.

Intertops took the first-ever online sports bet in 1996 – with that amount of experience, they know what they are doing. MyTopSportsbooks recommends Intertops especially for mobile bettors.

Alexander is the MTS editor-in-chief. Frank, Alex, and Geoff brought him in when they realized that their betting expertise far surpassed their grammatical abilities. He loves overanalyzing college basketball trends. Talking to him during the first weekend of March Madness is like talking to a wall. A very focused wall, but a wall nonetheless.

🛠 Problems with this site?

Is Intertops legal to use?

Yes and no — it all depends where you’re located. Each country and/or state inside of it will vary on its laws for online wagering. Check locally to know for sure.

Is Intertops the first-ever betting site?

No one really knows. The early days of the Internet were the wild wild West so it’s not like official records exist. But according to them, they “took the first-ever online bet” for $50.

Does Intertops have a poker room?

It sure does. You’ll see “poker” in the main menu. Click on it and you’ll be led to its stand-alone playing service for the card game.

Ya know, there’s no one answer here. That’s because Intertops offers a little something for everyone. You see that in big-money free play bonuses or special deals on parlays and special contests. It’s like a bonus buffet at the site!

What games can you live bet on Intertops?

This will also vary. The good thing is Intertops has an up-to-date calendar that tracks which games will have in-play lines. This menu can be accessed inside the live betting page.

Can I live bet on Intertops?

Live betting has fast become one of the most in-demand betting markets in the industry. With customers increasingly wanting to wager on the action as it happens, providers have had to react and offer in-play markets across all major sports.

Is Intertops available outside the US?

Intertops is a global brand. Over two decades in the industry, it has built a massive community of players. While the company’s central player base resides in the US, many players from all over the world still use the Intertops platform.

Are seasonal bonuses and contest offered at Intertops?

Intertops is touted for its excellent promotions and bonuses. The main prize, the first deposit bonus, is the one that Intertops is known for. However, throughout the sports seasons, bettors will find a range of other great bonuses available.