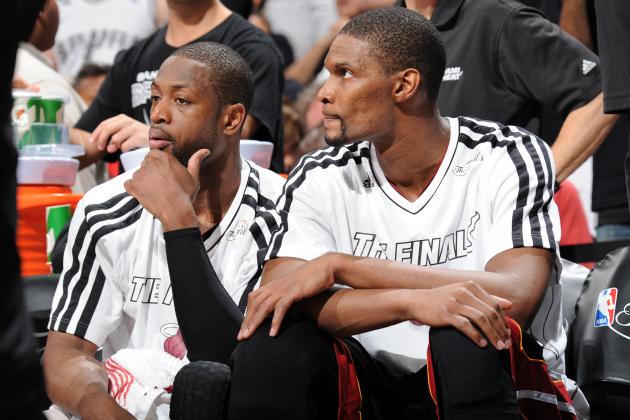 The Hawks didn’t make a huge splash this summer but still got better.  They drafted Adreian Payne out of Michigan State, who will contribute right away and could be a starter in the long-term.  Atlanta signed Thabo Sefolosha, Kent Bazemore and are bringing back Mike Scott, all underrated players.  Sefolosha is a defensive ace on the wing and will likely start alongside Jeff Teague and Kyle Korver.  He can also be a good shooter despite his struggles last season for the Thunder.  Bazemore is a scorer who provides more depth at wing.  Finally, Scott played so well for the Hawks in the playoffs that he got crunch time minutes late in the series against Indiana.  Atlanta will likely make the playoffs yet again.

Despite low expectations, Charlotte made the playoffs last season.  After the season, the team reincarnated the old Hornets logo.  They followed that up with great offseason success, which keeps the Hornets’ momentum going.  Charlotte drafted Noah Vonleh (Indiana) and P.J. Hairston.  Vonleh was a projected top 5 pick but dropped to the Hornets at nine.  P.J. Hairston is a sharpshooting lottery talent who dropped to the late-first round because of off-court issues.  The Hornets’ also scored a coup by signing Lance Stephenson.  Teams shied away from Stephenson due to his antics, but he is an All-Star talent who immediately makes Charlotte better.  The Hornets did lose Josh McRoberts to Miami, but adding Marvin Williams helps to mitigate that loss.  Don’t be surprised if this is a top 5 team in the East next season.

The Heat undoubtedly suffered the biggest loss of the offseason when LeBron James left for Cleveland.  Many believe James’ homecoming was inevitable, but the truth is, Miami’s Pat Riley made some questionable choices in his quest to re-sign James.  Yes, James would’ve eventually gone back to Cleveland, but it didn’t have to be this year.  With that said, Miami recovered as well as any team could.  Chris Bosh was thought to be headed for Houston after James left, but Riley swooped in and re-signed Bosh to a max deal.  The Heat expectedly re-signed Dwyane Wade, a Miami lifer.  The team also re-signed Mario Chalmers, Udonis Haslem and Chris Andersen.  Riley went on to acquire Josh McRoberts and Danny Granger via free agency.  But the biggest addition was Luol Deng, who is tasked with filling LeBron’s shoes.  The signing of Reggie Williams was also an underrated pick up.  Finally, Miami drafted heralded guard Shabazz Napier in the first round.  Napier led UConn to the national title last season.  Miami may not be done either.  Riley is pursuing Emeka Okafor and future hall of famer Ray Allen.  The Heat could just be a top 3 team in the East.

Orlando is sticking with the youth movement.  The team had a successful draft, adding lottery picks Aaron Gordon (Arizona) and Elfrid Payton (Louisiana-Lafayette) to the roster.  Gordon is an elite athlete who must develop his game further.  If he does, the rest of the league should be on notice.  Payton has drawn comparisons to namesake Gary Payton due to his defensive skills at the point guard position.  The Magic drafted Roy Devyn Marble (Iowa) in the second round.  The team traded away its best player, Arron Afflalo to Denver, which is no surprise.  What is surprising however, is how little Orlando got in return (Evan Fournier and a second-rounder that turned out to be Marble).  The Magic lost veteran guard Jameer Nelson in free agency, but added shooting big man Channing Frye and guards Ben Gordon, Luke Ridnour and Willie Green.  These players will provide a veteran presence and help Payton, Gordon, Victor Oladipo, Tobias Harris and Moe Harkless to develop.  Orlando is still a few years away, but the athleticism on this roster is unmatched.

The Wizards owned zero picks in the draft but were busy on the free agent market.  First, the team re-signed center Marcin Gortat to a five-year deal.  Washington lost small forward Trevor Ariza to Houston but acquired future hall of famer Paul Pierce to take his place.  Pierce isn’t the impact player he once was, but he can still explode on any given night.  He also remains among the more clutch players in the league.  Washington re-signed Drew Gooden, Kevin Seraphin and Garrett Temple, but did lose Trevor Booker to Utah.  The Wizards also acquired forwards DeJuan Blair and Kris Humphries through sign-and-trade deals.  Blair is an underrated player who will play some valuable minutes.  Humphries is a good rebounder and can also score at times.  This team’s improvement is incumbent upon its backcourt of John Wall and Bradley Beal continuing their respective paths toward stardom.  Expect Washington to be a top 5 team in the East.