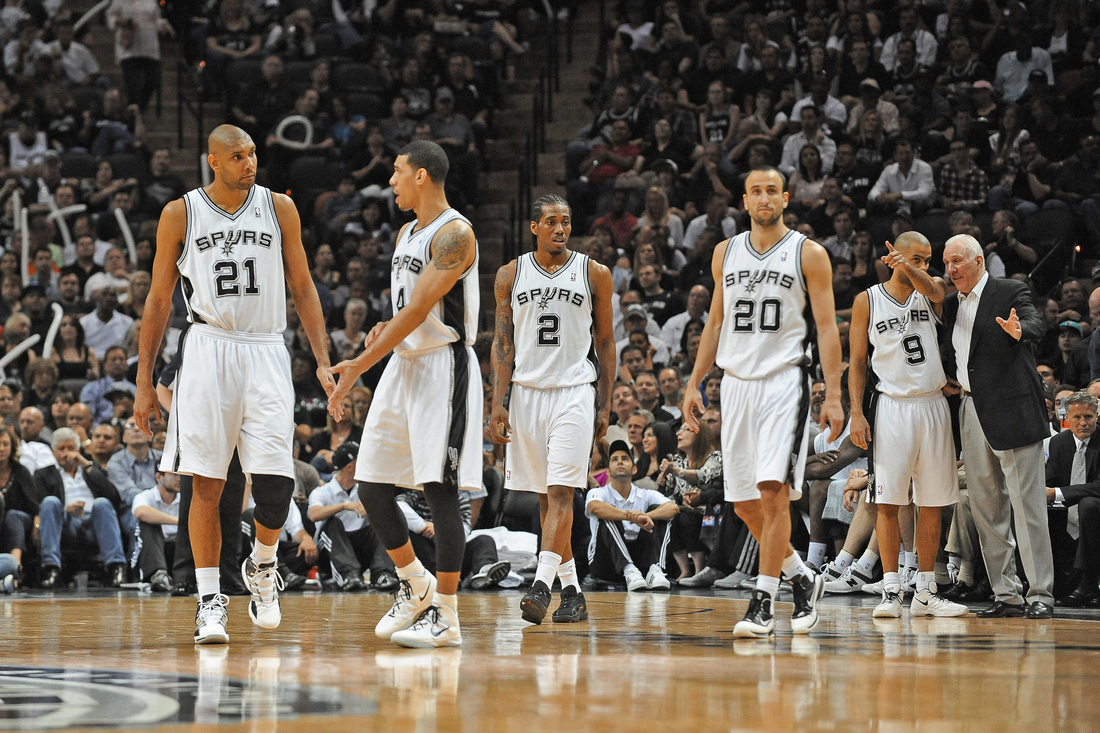 With only three players under contract, the Mavs were very busy this summer.  Dirk Nowitzki re-signed at a discounted rate, as expected.  The Mavs’ most notable move however, was signing Chandler Parsons away from the Rockets.  Parsons was a restricted free agent and widely expected to re-sign with Houston.  The Parsons signing means Shawn Marion is unlikely to return.  Dallas also traded for Tyson Chandler, Raymond Felton and Greg Smith.  This will be Chandler’s second stint with the team after he anchored the middle on Dallas’ 2011 championship team.  The Mavs re-signed Devin Harris and signed Jameer Nelson, Al-Faroq Aminu, Richard Jefferson and Ivan Johnson.  They did lose Vince Carter and DeJuan Blair (sign-and-trade) to free agency and traded away Jose Calderon, Samuel Dalembert, Wayne Ellington and Shane Larkin.  No superstar splashes (Carmelo Anthony was always a pipe dream), but it was a solid offseason nonetheless.  Expect Dallas to contend for a top four seed out West.

The Rockets were extremely close to signing Chris Bosh and retaining Chandler Parsons, which would have catapulted them to Western Conference favorites.  Instead, Bosh re-signed with Miami, Parsons’ offer sheet from Dallas was too large to match, and Houston was left mired in a subpar offseason in which it traded away rotation players to create cap space.  The Rockets traded Jeremy Lin and a first-round pick to the Lakers, and they traded Omer Asik to New Orleans for a future first-rounder.  They made up for the Parsons loss by signing Trevor Ariza, a more than capable player who just might be Parsons’ equal.  Houston re-signed the sharpshooting Troy Daniels and also signed guard Ish Smith.  The team drafted Clint Capela in the first round.  Capela has drawn comparisons to Thunder forward Serge Ibaka but is very raw.  Overall, this offseason has been a failure for GM Daryl Morey and the Rockets.  This gutted Rockets team will be fighting for a playoff spot in the loaded West.

Memphis signed linchpin Zach Randolph to a contract extension, keeping the team’s core intact.  The Grizzlies replaced the sharpshooting Mike Miller with Vince Carter, who will provide a much needed spark off the bench.  They also re-signed point guard Beno Udrih coming off his nice showing during the playoffs.  Along with Miller, Ed Davis is gone.  But this team will look very similar next year.  The Grizzlies did have a nice draft, picking up guard Jordan Adams (UCLA) and forward Jarnell Stokes (Tennessee).  Adams is raw, but he had a nice summer league showing, which may or may not mean anything.  Stokes is a rebounding machine and could parlay that skill into a long career.  This team basically stood pat and will probably make the playoffs again.  But the Grizzlies’ ceiling doesn’t extend far beyond that.

The Pelicans’ biggest offseason acquisition was center Omer Asik, who will pair with Anthony Davis on the interior.  This gives coach Monty Williams the flexibility to move Davis back to his natural four position, meaning he won’t have to bang with bigger centers every night.  Davis’ long-term health is a serious consideration for the franchise.  New Orleans also re-signed Darius Miller and picked up Jimmer Fredette.  Fredette replaces Anthony Morrow, who left via free agency, as their dangerous outside threat.  The Pelicans also lost Jason Smith, Al-Faroq Aminu and Brian Roberts to free agency.  All four players were contributors but are also replaceable.  While the Pelicans didn’t own a first-round pick, they drafted Russ Smith (Louisville) in the second round.  Smith has big-game experience and may prove a huge score late in the draft.  This team’s success next season depends on health and the chemistry of their younger core, especially since Davis is a superstar in the making.

The Spurs basically stood pat, but that’s not necessarily a bad thing when you’ve just won the title in such dominant fashion.  Tim Duncan is back for another year after briefly mulling retirement.  Tony Parker got a shiny new extension, and free agents Boris Diaw, Patty Mills and Matt Bonner all re-signed.  Mills will be out an extended period of time due to injury, but the Spurs will be fine in the meantime.  The Spurs did miss out on free agent Pau Gasol.  They’d hoped to pair him with Tim Duncan down low.  San Antonio had a successful draft, taking do-it-all guard Kyle Anderson (UCLA) at the end of the first round.  An elite passer, Anderson completely fits the Spurs profile.  The Spurs also drafted Nemanja Dangubic (a draft-and-stash player) and signed undrafted free agent Bryce Cotton (Providence).  Cotton is a scoring machine and could end up being a steal.  San Antonio has to be considered the favorite again next season.