It was a whirlwind Group Stage, with many of the favorites under-performing. Argentina struggled to advance, France failed to find their footing, and Germany met an early elimination. Where does that leave us?

Brazil (+350) entered the World Cup as the favorites and they still hold pole position despite their shaky performances during the Group Stage. France (+900) and Argentina (+1400) were among the pre-tournament favorites, but their woeful displays of late caused their odds to tank. France finished atop their group but looked terrible in the process, and Argentina were lucky to finish in the top two.

Impressive runs from Group G nations Belgium (+650) and England (+750) saw them rise to the top of the list. However, they both remain untested. So far they’ve had easy wins over Tunisia and Panama, along with a match against each other which neither side was particularly committed to winning.

Croatia (+1000) stunned the world by beating Argentina 3-0 to top their group, but they’re still considered outside contenders below the bigger footballing nations. There’s great value in picking them to go all the way.

Lower down the list we have Uruguay (+2200), Portugal (+2200), and Colombia (+2200) all valued equally. Of the three, Uruguay have been most impressive. But may just be because of how weak their group was.

Two disappointing sides. Argentina drew with Iceland and were thrashed 3-0 by Croatia. France sloppily topped their group. The French side will have to make some serious improvements if they want to reach the later rounds of the World Cup, but they should be able to advance past this shambolic Argentinian lineup. 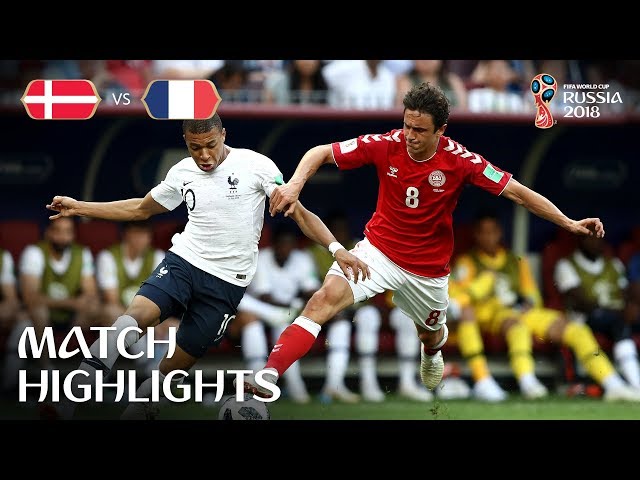 Uruguay won all three group games, but that’s more a testament to the weakness of Group A than the strength of the Uruguayan squad. Still, Uruguay have yet to concede a goal in this tournament and have a pair of reliable goalscorers in Luis SUarez and Edinson Cavani. Portugal relied on Cristiano Ronaldo to get them through to the Round of 16, but there’s only so much their star striker can do.

Russia looked good against Saudi Arabia and Egypt. But against a half-decent side like Uruguay, they completely fell apart. Spain have been the best side so far in this World Cup, and they’ve been rewarded with what should be an easy win against the hosts.

Croatia proved their worth by beating Argentina 3-0. They also made easy work of Nigeria and Iceland to top their group. Denmark edged past Peru and struggled against the lowly Australia. If Croatia can hold on to their form, they’ll advance  past Denmark with ease.

This match has the ingredients for an upset. Brazil are the favorites to win the World Cup, but they struggled against both Switzerland and Costa Rica in the Group Stage. Mexico upset Germany 1-0 and could do the same to the Brazilians. At +600 odds, it’s worth picking the underdog.

This should be an easy win for Belgium. Japan were the only nation to advance to the Round of 16 on Fair Play points and only won a single game in the Group Stage. Belgium is one of the few nations to win all three group games. The perennial underachievers are now among the favorites to win the World Cup.

Sweden proved that they’re still a formidable nation without Zlatan Ibrahimovic. They were unlucky to lose to Germany via a last-minute goal, and thrashed Mexico 3-0. Switzerland pulled off a draw against Brazil and finished second in their group. This feels like an even match-up, so I recommend picking the underdog for value.

A 6-1 thrashing of Panama may have led fans to overestimate England’s chances of winning the World Cup. It was an impressive win, but at the end of the day, it was still against Panama. Colombia has been a decent side this World Cup. Their star player, James Rodríguez, is still not completely fit, though that hasn’t really hindered the Colombians.