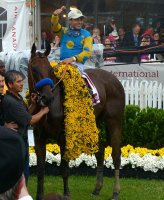 The 142nd Kentucky Derby runs this Saturday at Churchill Downs (May 7). This year’s Run for the Roses essentially poses one question: is undefeated Nyquist a super-horse? On paper Nyquist looks like the best of this year’s crop. But there are a lot of factors at play in the Derby, and neither horse nor jockey can control them all.

Whether you’re going to wager on the favorite or a longshot, consider the following as you handicap the big race.

Early forecasts indicate a dry Saturday, which is not necessarily the norm in Louisville. This is potentially bad news for likely second choice Exaggerator, who is coming off perhaps the most dominant prep race among the field. In sloppy conditions, Exaggerator made a huge move on the final turn of the Santa Anita Derby, romping to an easy win by more than six lengths. His previous standout race was in the mud at Delta Downs in November.

Conversely, Mohaymen, who probably will be the third choice in the betting, was five for five before throwing in a clunker against Nyquist on less than ideal footing at the Florida Derby.

Gun Runner also should benefit from good weather. He is four for four under fast conditions, only looking mediocre on a wet track in Kentucky late last year.

Sometimes being the best horse isn’t good enough at the Kentucky Derby. With up to 20 horses on the track, the pace can get out of control, maneuvering is tricky, and contact abounds. The abnormally long stretch at Churchill Downs is often to the detriment of frontrunners trying to hold on.

Nyquist wants to be on or near the lead. Danzing Candy and Outwork should be near the front, too. How fast will they go? The quicker the pace, the better it is for deep closers like Exaggerator, Brody’s Cause, and Creator. If the tempo is average, someone like Mohaymen, Gun Runner, or Mor Spirit, sitting just off the pace could be in good shape making their move around the far turn. A slow first half-mile is probably death for everybody but the horses at the front.

Nobody in the field has ever run a race at a-mile-and-a-quarter. Anybody that tells you they know who will be best at the added distance is lying. That said, using pedigree analysis, we can guess which horses will relish the extra furlong.

Nyquist profiles as the best at a mile or mile-and-an-eighth. But we never saw his dad, Uncle Mo, run long races because of a liver disease. Mohaymen profiles a bit like Frosted last year: consistently competitive, but best at nine furlongs or shorter. (The Derby is ten.)

Exaggerator indicated at the Santa Anita Derby that he will have plenty of gas left in the tank. His dad, Curlin, loved a mile-and-a-quarter.

Brody’s Cause and Gun Runner are certainly bred for long distances and should not be overlooked. 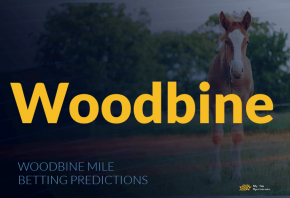 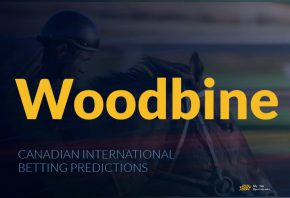 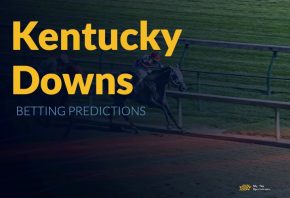 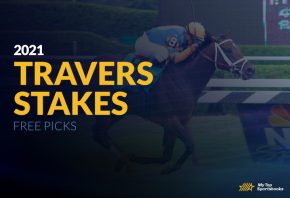