The Run for the Roses takes place the first Saturday in May at Churchill Downs in Louisville. The first leg of the Triple Crown (the Preakness runs two weeks later in Baltimore, and Belmont Stakes the second Saturday in June to complete the gauntlet) is run under the Twin Spires at America’s most famous track. The distance, 1 1/4 miles is a significant challenge for a group of young horses that have never run that far. But if you want value, picking a horse now offers all sorts of opportunity.

Because the Kentucky Derby features only horses that are three years old, at this stage nobody has a long resume to pick through. Naturally, the Breeders’ Cup Juvenile, for the best two year olds, provides the best gauge of the top contenders. However, lots can change between the winter and spring, and projecting how horses mature can be very profitable. Let’s look at the opening line.

All odds are available on MyBookie.

Is there a Justify in this Year’s Field?

The Triple Crown winner from last year, just the second to capture all three major three year old races in four decades, was unusual. He did not debut until February, becoming the first Kentucky Derby winner to skip his two year old season since Apollo in 1882. Whether or not there is a dominating force in this year’s field is unclear. However, there is a reasonable candidate.

Game Winner, the early favorite, has done everything right at this point in his career. Each of his four races have ended in resounding victories, and his most recent try was really impressive. The Breeders’ Cup Juvenile was run at Churchill Downs, and at even money he went wide on the final turn and wore down his competition.

Trained by Bob Baffert, the conditioner for Justify and 2015 Triple Crown winner American Pharoah, and owned by Gary and Mary West, whose horses have earnings of nearly $7 million this year, Game Winner was bred for a modest $110,000, but his dad Candy Ride has produced several high profile horses, including 2017 Horse of the Year Gun Runner. It generally isn’t advisable to take too short a price months before a race, a lot can happen both on the track and with health, but he is bred to like longer distances, and each time he wins the odds will get shorter and the price will go up.

The results from the Juvenile were peculiar. While Game Winner won, as expected, second choice Complexity finished a well beaten 10th, third choice Standard Deviation was last, and the fourth pick in the betting, Well Defined, was 11th. Meanwhile, 40/1 Knicks Go finished second, and 68/1 Signalman was third.

What do you make of all of that? Knicks Go was a huge longshot when he won October’s Claiborne Futurity too. Doubt him going forward at your own risk.

Complexity is now a robust price. He had been two for two prior to the Breeders’ Cup. Trainer Chad Brown and owner Klaravich Stables are big time. Perhaps you can excuse one bad race.

Coliseum, debuting Saturday at Del Mar, is the hype horse of right now. Trained by Baffert, and owned and bred by Godolphin, not only has Coliseum worked very sharply, but the connections are dedicated.

Godolphin has all the money and resources in the world, but has struggled to produce horses that win the biggest American races. Now they have turned to Baffert. All things appear set, but we need to see some proof first.

Vekoma is two-for-two and an interesting option. Veteran trainer George Weaver has slated his next race for December 1, the Remsen Stakes.

Irish bred Royal Marine has run in England and France, and won two of three starts. International horses have generally struggled in the Kentucky Derby, but he is another Godolphin contender, and they are all in on conquering the Run for the Roses.

There is a possibility that Game Winner is really special, and while he faces obstacles between now and May, +1000 isn’t bad. That said, we’re looking for a price. Godolphin is doing everything they possibly can to win, spending a huge amount of cash, and running horses around the globe. Picking a horse that has never run is crazy. Royal Marine has run, and run well. Let’s take a shot at a big number. 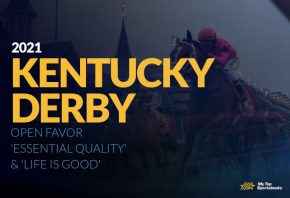 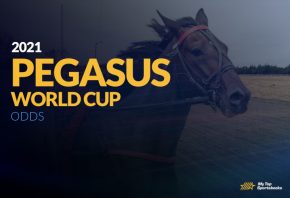 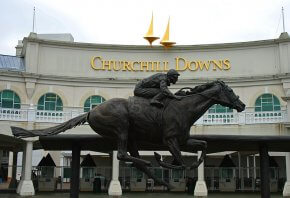 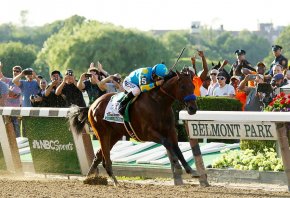