The 2018 NBA Finals will feature a pair of familiar foes in the Cleveland Cavaliers and the Golden State Warriors. This is the fourth time in four years the two teams have tangled for the league’s ultimate prize, and their latest showdown could be their most lopsided yet.

Bovada has listed the Warriors as -900 favorites to win their second consecutive championship and has the Cavs as 12-point underdogs for Game 1 on Thursday night in Oakland. That’s the biggest discrepancy yet between these two contenders and it strongly suggests their best-of-seven series could be over quickly.

We’ve taken a deep dive into this eagerly anticipated rematch and have come up with fresh odds and a fearless prediction.

Cleveland Cavaliers: Any discussion of the Cavs’ offense begins and ends with LeBron James. The three-time Finals MVP has scored 40 or more points seven times in the 2018 Playoffs and is averaging 34 points, 9.2 rebounds, and 8.8 assists per game. He’s the only reason why Cleveland is fifth in offensive rating and net rating.

Kevin Love is still in concussion protocol after banging melons with Jayson Tatum, so it’s likely LeBron will have to continue to do all of the heavy lifting for the foreseeable future.

Odds LeBron James averages a triple-double in the NBA Finals: 4-1 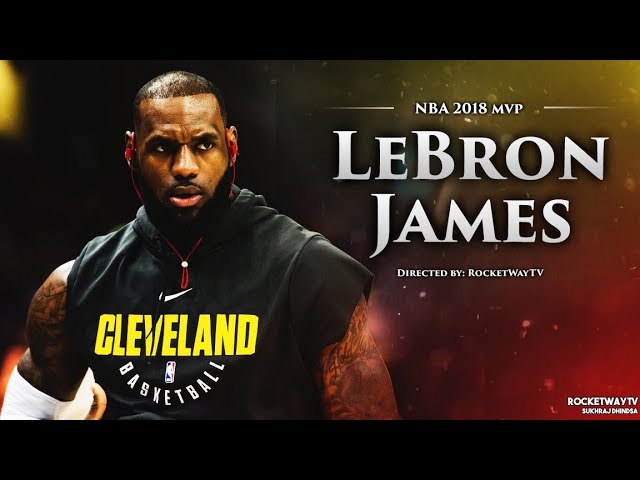 Golden State Warriors: The Warriors may not have invented offense, but they seem to have perfected it. Golden State has averaged 109.1 points per game during the playoffs and leads all teams by a huge margin with a +8.8 rating. They’ve been particularly dominant in the third quarter as Steph Curry and Klay Thompson have led them on ridiculous runs. Their prowess was especially evident in Game 6 of the Western Conference Finals, as they erased a ten-point deficit with one feathery three after another. Look for them to continue to light up the scoreboard in the Finals.

Over/Under 30-point games by Steph Curry in the NBA Finals: 2.5

Cleveland Cavaliers: If you don’t have anything good to say, you shouldn’t say anything at all, so we’re going to keep this mercifully brief. The Cavs have given up 105.9 points per 100 possessions during the playoffs and rank a distant ninth in opponent field goal percentage and 14th in opponent turnovers. George Hill and LeBron are both capable of shutting down their men when they’re feeling motivated, but JR Smith, Kyle Korver, and Kevin Love have all hemorrhaged points throughout the playoffs. Don’t expect much more than matador defense when they take the floor against the Warriors.

Over/Under points per game allowed by the Cavaliers in the NBA Finals: 112.5

Golden State Warriors: The Warriors are such an offensive juggernaut that sometimes it’s easy to forget just how stifling their defense can be. Golden State has held opponents to just 99.7 points per 100 possessions during the postseason and rank first in opponent field goal percentage and opponent three-point percentage. Much of the credit goes to Draymond Green, who is averaging 11.6 rebounds, 1.9 steals, and 1.5 blocks in 38.4 minutes per game. He’s cranked up his intensity noticeably since the regular season and has shown the ability to seamlessly switch one-through five during a single possession. It will be fascinating watching him try to slow down LeBron once the Finals begin.

Over/Under blocks per game by Draymond Green in the NBA Finals: 2.5

Cleveland Cavaliers: Kyle Korver
Few players are more important to Cleveland’s success than Korver, who is tied for fourth in three pointers made during the postseason. When he’s on, as he was during Games 3 and 4 against Boston, he provides the Cavs with a crucial safety valve and opens up the lanes for LeBron. Cleveland is 8-0 when he scores 12 points or more and will need him to produce nightly to have any chance of stealing a win.

Over/Under total three-pointers by Kyle Korver during the NBA Finals: 10.5

Golden State Warriors: Andre Iguodala
Iguodala is easy to overlook because his raw numbers don’t just off the page, but he’s a critical part of every one of Golden State’s best line-ups. His four-game absence during the Western Conference Finals nearly cost the Warriors a chance to repeat, and they’ll need him back in tip-top form to swarm LeBron and share some of the playmaking responsibilities with Steph Curry and Draymond Green.

Odds Andre Iguodala will be available for Game 1 of the NBA Finals: 1-9

The Warriors have shooting, playmaking, stifling defense, home court advantage, and depth. In fact, there’s only one thing they don’t have: LeBron James. The 14-time All-Star can’t overthrow Golden State all on his own, but he’s good enough to singlehandedly win a game at home just like he did during Game 6 of the Eastern Conference Finals, when he finished with 46 points, 11 boards and nine dimes.

Enjoy this series while you can, because much like the 2017 NBA Finals, it will be over quickly.