After a disappointing night on Wednesday, the Lakers need to bounce back to shut the critics down as they face the Minnesota Timberwolves, this Friday at 8 PM ET at the Target Center. 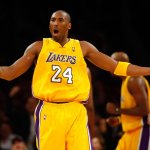 The Lakers dropped a 21 points lead against the worst team in the NBA, the Washington Wizards. Kobe Bryant missed 22 field goals in that game; most by any player in the season.

Bryant was asked: how surprised were you that you were up 21 and you lost? “Shocked.”

“I’ll keep it to one word,” Bryant then said.

“Our mindset right now to play on the road,” Lakers coach Mike Brown said, “is not what it should be.”

Los Angeles beat the Miami Heat on Sunday with no discussions, but then, everything went down, and now they have dropped their last two games against the Pistons and Wizards on the road.

The Wolves have won their last three games in a row, but of those have been against Portland. “I don’t think anybody can really say that we’re the laughing stock of the NBA anymore,” Wes Johnson said. “If you come in here thinking that, you’re going to catch an ‘L’ real quick.”

They have faced the Lakers twice this season, losing in both games; the last one wasn’t ever close with Los Angeles coming on top by 19 points.

The trends mention Minnesota is 6-12 ATS in its last 18 games at home, 0-5 SU in their last 5 games when playing LA Lakers; so, don’t play around – bet the Lakers.