USA and Argentina will face each other in the round robin at the 2012 Olympics, but they will have an exhibition match at Barcelona Spain, before they meet in the real competition, this Sunday at 3:30 AM ET. 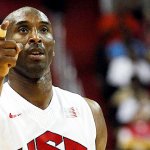 USA beat Great Britain 118-78 in the last match where the  American team started slowly but found some rhythm in the second half of the game. Deron Williams finished with 19 points and five assists, including 5-of-6 shooting from 3-point. Carmelo Anthony added 19 points to go with his four assists.

“What a great atmosphere,” said USA head coach Mike Krzyzewski. “Thank you people of Great Britain for providing such a great crowd. We felt very welcome in this amazing environment.

“I thought the Great Britain team played really well. Luol (Deng) is one of the better players in the world. I like their toughness. We’re much quicker than they are, and it produced a lot of turnovers, and we were very unselfish tonight.”

Argentina lost their last match against Spain 105-85, but facing the USA team will be an entirely different scenario for them. Spain passes the ball and rotates like no other team in the world, plus their interior game it’s uncanny.

The US team plays more of a perimeter game, and their “bigs” are more defensive minded players that look for rebounds mostly. Lebron James, Kobe Bryant and Kevin Durant manage the perimeter game.

Pick: Take the USA team to win by 20 points.