If the Nets make a trip to the NBA Finals this season, it looks like they’ll have to do it with their current Big 3 in tact. According to recent reports, Kyrie Irving’s agents have made it known to the team he would simply “retire from the NBA” if Brooklyn were to deal him.

Given the seven-time All-Star is crazy enough to do just that, we shouldn’t expect a trade anytime soon. How does this news impact the Nets’ odds to win the Eastern Conference? Before you find out, make sure to check out our tips and advice for betting on basketball.

Odds to Win the 2022 Eastern Conference

While the Lakers were roasted on Twitter for signing a slew of veterans, Brooklyn (+110) isn’t exactly in a youth movement, inking short-term deals with Patty Mills, Bruce Brown, LaMarcus Aldridge, Blake Griffin and Paul Millsap. If Kevin Durant, James Harden and Kyrie Irving can stay healthy, the Nets are obviously the team to beat.

Only three of the past 19 NBA champions have won it again the next year. This doesn’t bode well for the Bucks (+425), who didn’t have much cap space to bolster their roster after winning the franchise’s first title in 50 years. With Giannis Antetokounmpo, Khris Middleton and Jrue Holiday locked into long-term deals, Milwaukee swapped out P.J. Tucker, Bryn Forbes and Jeff Teague for George Hill, Semi Ojeleye and Grayson Allen.

Kyrie Irving Will Reportedly Retire If He's Ever Traded By The Brooklyn Nets https://t.co/BQCROQ5VgU pic.twitter.com/4MQKIcATJ8

With trade rumors swirling around Ben Simmons, it’s hard to see how Philadelphia (+850) could get better with both Damian Lillard and Bradley Beal apparently not on the market. Still, if Darryl Morey can find a new pick-and-roll partner for Joel Embiid, the 76ers could have a shot at the Eastern Conference crown if untimely injuries once again derail the Nets.

Just one year removed from their trip to the NBA Finals, the Heat (+1200) handed Kyle Lowry a three-year $85 million pact to man the point. The 35-year-old should take some of the ball-handling pressure off Jimmy Butler and find Duncan Robinson for a bunch of open threes. If Bam Adebayo continues his ascension, Miami will be a very tough out for someone.

The Celtics’ (+1600) biggest moves came off the court with former coach Brad Stevens replacing Danny Ainge as team president and Ime Udoka stepping behind the bench. Boston replaced Kemba Walker and Evan Fournier with Al Horford and Dennis Schroder, but the team isn’t close to contending after Ainge repeatedly failed to land that next big star to pair with Jaylen Brown and Jayson Tatum.

The Heat X Factor for the 2021-22 NBA season is Duncan Robinson. Here's why ⬇️https://t.co/Ljo0FqRKri

After making a surprise trip to the Eastern Conference Finals last year, the Hawks (+1800) are a longshot to take that next step. Atlanta solidified its future by inking 22-year-old sharpshooter Trae Young and center John Collins to long-term deals this offseason, but the franchise needs to add another superstar if they’re going to to compete for a NBA championship. 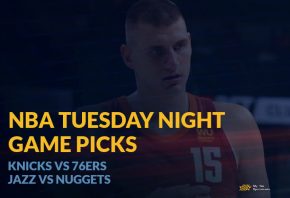 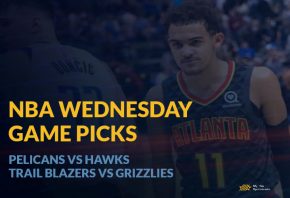