The Boston Celtics odds are constantly changing as we progress through the season, so be sure to check back with this page for the latest odds! The odds were last updated on October 13, 2021:

Many years ago, between 1957 and 1969 the Celtics won 11 NBA Championships in 13 seasons. The Boston Celtics odds to win the Championship in 2021/22 currently stand at +4000. They narrowly lost out to the Miami Heat in the NBA Finals two years ago, so it feels like this current team is knocking on a return to championship glory.

The Celtics are consistently finishing towards the top of the conference, with the Boston Celtics odds to win the Eastern Conference coming in at +2600 in 2021/22. They were challenged by the ever-present force of Giannis and his Buck’s, as well as the Philadelphia 76ers, who are thriving under the management of Doc Rivers.

The decision from James Harden to move to East to the Brooklyn Nets has really opened things up in the conference. Harden joins superstars Kyrie Irving and Kevin Durant, forming one of the most deadly teams in the league. But, will they have enough to push for a championship this year? 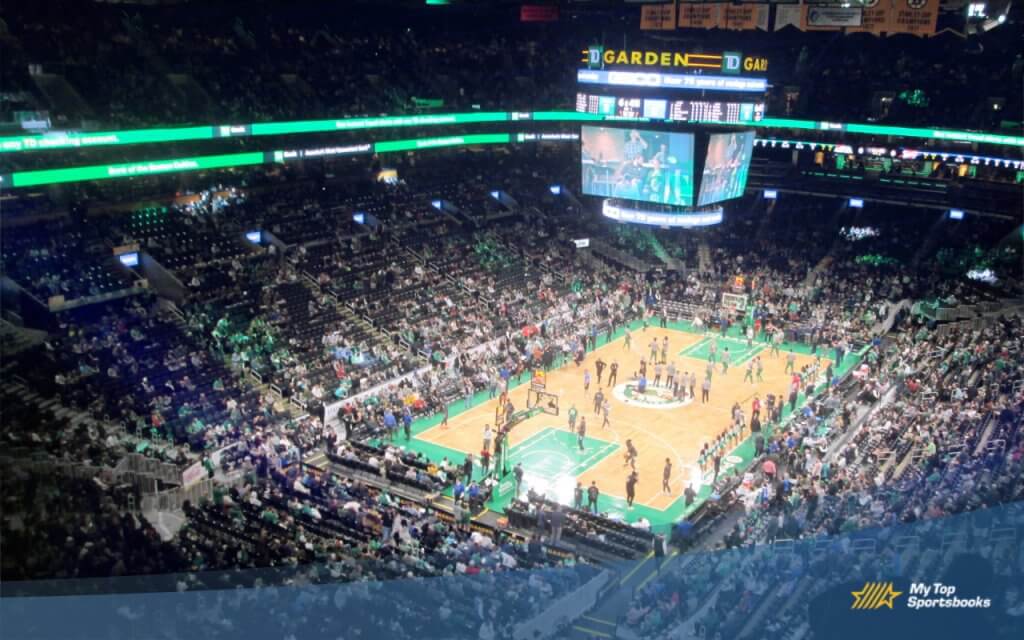 Brief History of the Celtics

The Celtics finished third in the Eastern Conference in 2020 and showed that they have what it takes to claim their first title in over 15 years, having reached the semi-finals last year. The Boston Celtics odds and futures odds are always offered at competitive odds, as Boston is consistently Playoff contenders.

When we discuss the success of this historic club, it doesn’t relate to one single dynasty. Boston has seen three great periods, one in the late ’50s into the late ’60s, another between 1972 and 1976, and finally in the 80’s – probably the most recognizable successful run of form among modern-day basketball fans. Mainly due to the fact that this team contained Hall of Famers Larry Bird, Kevin McHale, Robert Parrish, and Bill Walton.

The Celtics are a well-rounded team, with the likes of Jayson Tatum, Kemba Walker, Jaylon Brown, and Tristan Thompson regularly featuring for Brad Stevens’ side. The Celtics won their 17th championship in 2008 and looked like they would kick on and grab another title with the same roster in the coming years. However, that wasn’t the case and things quickly turned on their head.

Kyrie Irving joined the squad in 2017, only to leave 2 years later in the summer of 2019. Joining the Nets seemed like a step down for the point guard and upset many fans and pundits. The Celtics brought in Kemba Walker to take his place as a free agent and have looked to their younger players in the form of Brown and Tatum to step up.

While this site doesn’t have that edge that convinces you they’ll be a championship-winning side. There is a lot of talent playing at TD Garden and if they get the right run of games in the postseason, they could make it.