The Miami Heat odds will change throughout the season, but we’ll be keeping this page up to date with the latest odds for all major markets. Be sure to keep checking back with us! The odds were last updated on October 13, 2021:

While the Miami Heat doesn’t share the same kind of rich history as some of the other teams in the NBA, they can certainly be considered a big team. They first entered the league in 1988 and have won 3 championship titles, something you wouldn’t expect to see from such a new franchise.

Although they saw a lot of success in the past, it’s been a little quieter of late for the Heat. Miami’s last success of note was their 2018 Divisional title win, but they haven’t even seen a conference win since 2014. Having said that, they did feature in the 2020 NBA Finals, losing out to the formidable LA Lakers.

Despite a great run last season, The Heat have struggled so far this campaign and will need to improve if they are to make a run at the playoffs. The Miami Heat odds to win the finals are at +2200 and +1000 to claim the Eastern Conference this season. While these are longshot odds, they are clear favorites to claim the Southeast Division at -189.

We’ll take a look at all the odds, as well as exploring the history of this fiery Floridian team. Not only that, but we’ll take a look at the Miami Heat odds to win the championship and see what sort of a chance this team has. Stay tuned! 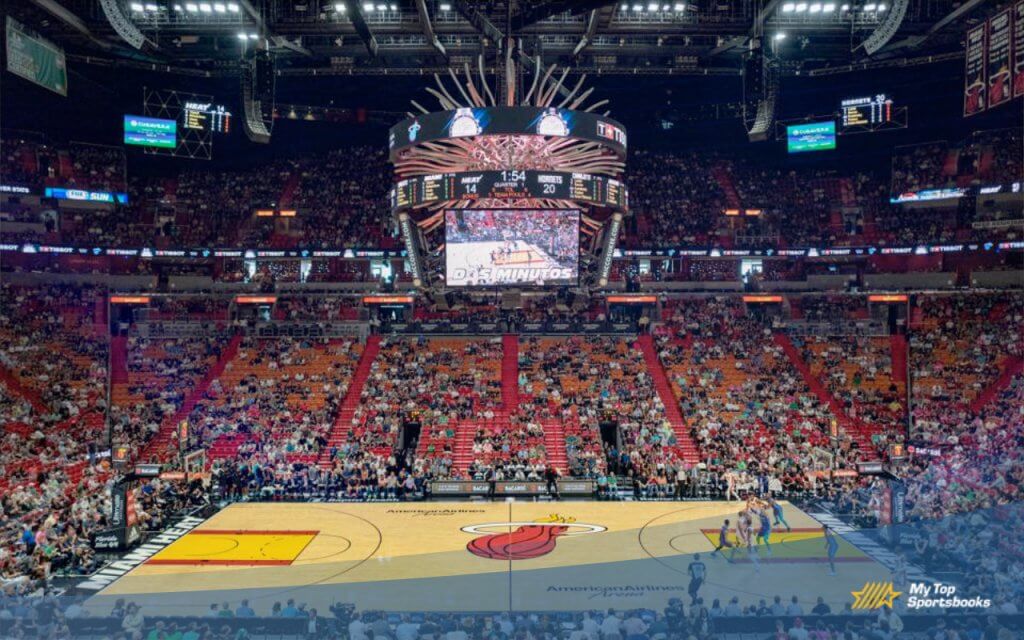 Brief History of the Heat

It was in 1995 when things really changed for the Heat, just 6 years in the league and very much a young blood side. Pat Riley joined the side as head coach and made some immediate changes in order to snap the side into shape, which worked to great effect.

Then in 2003, the Heat drafted the legendary Dwyane Wade, who teamed up with Hall of Famer Shaquille O’Neal and won the Heat their first NBA championship.

It was some years later, in 2010 when a younger LeBron James signed up and combined with Chris Bosh and Wade to create a team that would go on to appear in the NBA finals for four straight years. During those four years, they managed to win the title twice in 2012 and 2013. The Miami dream of Wade and James lasted until 2014 when both players departed from the club.

These days they rely on the likes of Jimmy Butler to provide the same kind of success the club saw some years ago. He brings the right attitude to the club and has the ability to carry the team. With players like Tyler Herro, Goran Dragic, and Bam Adebayo around him, this team certainly has all the right tools.

At the moment, if you look at the Miami Heat championship odds, they certainly don’t look all that inspiring. However, it’s still early in the season and everything can change in the offseason. The Heat is lingering around the playoff places in the Eastern Conference and will likely kick on as the season progresses. Erik Spoelstra is one of the best in the business and will know how to get the most out of this team.

The combination of Butler and Adebayo is working to great effect. While the team doesn’t feel complete yet, as we saw in 2021, there’s no reason why this team shouldn’t be looking to compete with the very best over 7 games.

Tyler Herro is looking like a real player. At 21-years old, he’s still got a lot to prove. But, this team suits his demeanour and he could become a real favorite in Miami. With the return of some injured players and the second half of the season approaching, now is the time for the Heat to start performing.