Hockey fans have been faced with hard choices over the past two summers. With Canada and the United States in the grips of the Covid-19 pandemic, the NHL has been regularly forced to cancel large numbers of games, and schedule playoff action well into the summer months. The arrival of the Omicron variant has meant more of the same this time around. With players testing positive in record numbers, the NHL has once again been forced to postpone games, and lengthen the league’s previously scheduled Christmas break. In addition to bringing an end to the NHL’s Olympic dream, the possibility of the regular season extending beyond its scheduled end date of April 29 has intensified, with the odds of the season finishing in June now pegged at an attractive +500 on the NHL specials at Bovada.

MyTopSportsbooks takes a look at all the best bets as the NHL once again wrestles with schedule headaches caused by recent Covis-19 outbreaks. Sports bettors getting in on hockey action for the first time should refer to our online resources, including our Stanley Cup betting guide, and tips on how to take advantage of the best NHL hockey betting sites.

It has been over two years since the NHL played a full 82-game regular season that ended as scheduled. Caught off guard by the speedy arrival of Covid-19 in March 2020, the league was forced to temporarily suspend operations. The league ultimately wrapped up the 2019/2020 campaign in strictly controlled bubbles in Toronto and Edmonton, with the Tampa Bay Lightning finally raising the Stanley Cup in late September.

The Tampa Bay Lightning are bubble hockey champions. Tune in as @jeremyperrigo and @TheSpencerWeeks break down the Stanley Cup Final, look ahead to the NHL Entry Draft, and discuss potential trades.

While the NHL avoided returning to bubbles for the abbreviated 2021 NHL season, there remained little hope of that 56-game campaign coming to a conclusion during the month of April. Instead, the season extended into mid-May, with the Lightning once again emerging as Stanley Cup champions in mid-July.

This time around, the NHL had hoped to return to a full 82-game regular season, with an end date of April 29. But with 50 games already postponed as hockey fans prepare to celebrate the holidays, it will take some incredibly creative scheduling, and lots of luck to maintain that timeline. Of course, the joint decision by the NHL and NHLPA to forego sending players that you can bet on during the Beijing Olympics 2022 provides the league with some breathing space. The league now intends the use the 20 days they set aside for the Olympic break to reschedule postponed contests. But will it be enough? The short answer is no.

NHL schedule-maker will ask all 32 clubs for updated building dates, particularly for that three-week gap in February. Some buildings had gone ahead and booked non-NHL events like concerts for that period but there’s still some dates to work with. 1/2

The biggest obstacle facing the league will be scheduling conflicts at NHL arenas, many of which have already filled the empty dates in February with other events. Little availability remains at Madison Square Garden, the home of the New York Rangers, which has filled the February void with an array of events ranging from college basketball games to concerts by Elton John and Billie Eilish. Other major venues, such as Toronto’s Scotiabank Arena and Crypto.com Arena in Los Angeles, also have very limited availability during the month of February.

The Omicron surge has just barely begun in the USA and our single daily cases yesterday (not 7-day-avg) were the 2nd highest ever. https://t.co/xiyso4uBxq pic.twitter.com/hBIULmucRn

Further complicating matters for NHL schedule makers is the growing concern that the current outbreaks will not end anytime soon, and that more game postponements will occur when the NHL returns to the ice after Christmas.

Expect the Unexpected, and Bet Accordingly

While those circumstances leave little value in the -105 odds that the last regular-season game will be played in April, speculation lingers on when hockey fans can expect the campaign to conclude. It took just a matter of days for the number of current postponements to skyrocket to 50, and with case numbers growing on a daily basis, that number could grow exponentially higher before 2021 comes to a close. The upside for hockey fans comes in the form of the public and private discussions being had between the league, its teams, and the players as to how the league’s Covid protocol will evolve to meet the challenge.

Both the NFL and NBA have taken steps towards ending regular Covid testing for players showing no symptoms. And considering the large number of players who have been sidelined by a positive test result, but have not gotten sick, that should provide relief. The general consensus also suggests that Omicron is a far milder form of Covid, and that individuals who do get sick, recover more quickly. As a result, the NHL is well-positioned to rework its protocols so as to enable teams to continue playing amid the Omicron wave, even if it is with no fans in attendance.

Considering those circumstances, a -105 bet on the NHL regular-season ending in May is likely to be the most attractive wager. But as we have all come to learn in recent months, it is wise to expect the unexpected, and place your bets accordingly, with June offering the best value at +500. 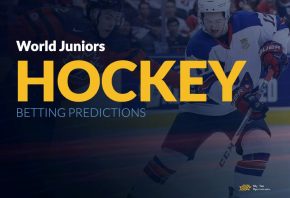