On May 9, Henry Cejudo puts his UFC bantamweight title on the line against former two-time UFC 135-pound champion Dominick Cruz. Cejudo won the vacant bantamweight belt in June 2019 when he scored a third-round TKO win over Marlon Moraes at UFC 238. Cejudo, who is the ex-flyweight champion, is on a five-fight winning streak, including three TKO wins. UFC 249 marks his first defense of the bantamweight crown.

Cruz, who was the UFC’s inaugural bantamweight title-holder, has not fought since he lost to Cody Garbrandt by unanimous decision in December 2016. At the time of that setback, Cruz was in his second stint as champion. The loss to Garbrandt ended Cruz’s 13-fight winning streak. Cruz is unranked in the official UFC bantamweight rankings due to the long layoff.

Like UFC 249’s main event bout between Tony Ferguson and Justin Gaethje, this is a tough fight to pick. Cejudo has looked good during his five-fight winning streak and his win over Moraes, who is a top-notch bantamweight, was impressive. But Cruz is a different animal than anyone Cejudo has faced before.

For years, Cruz was the man every other bantamweight sought to fight. He was at the top of the division. His 13-fight winning streak began in the WEC in 2008 and ended in the UFC in 2016. Yes, he missed a lot of time due to injuries, but whenever he came back, he picked up right where he left off. That includes a nearly three-year break that ended in 2014. In his return fight, Cruz scored a 61-second knockout victory over Takeya Mizugaki.

Yes, Cruz is now 35, but Cejudo is 33, so there’s not much of a difference in age. Cruz has been doing his best to stay active and in shape as he recovered from his injuries and, if anyone can come back from nearly four years away from the sport, it is Cruz.

As noted, Cruz has been out of action for nearly four years, but he’s come back from long breaks before and shown no ill effects from the time off. After he defeated Mizugaki, Cruz sat out another 16 months before he faced then-champion T.J. Dillashaw. Cruz ended Dillashaw’s title reign via a five-round split decision. After the victory, Cruz said, “I tried to explain there’s no such thing as rust. How much have I said that? There’s only rust if you don’t train enough. Remember, ring rust is nothing more than mental weakness.”

Don’t expect Cruz to look much different than he did after his last comeback when he steps in against Cejudo. Cruz’s faith in his preparation and training will go a long way toward him regaining UFC gold on May 9.

Cejudo is a great wrestler — he earned a gold medal at the 2008 Olympics in freestyle wrestling — and his striking skills are developing, but in the big picture, he doesn’t offer anything that Cruz hasn’t seen before. It would be easy to see Cejudo as a version of Cruz’s old nemesis Urijah Faber, and Cruz defeated Faber

Cruz is one of the most talented fighters in UFC history. His movement, striking, and cardio have given opponents fits for years. He’ll also have significant advantages against Cejudo in height and reach. Cruz also has an 83-percent takedown defense and a 74-percent striking defense.

On paper, Cruz should defeat Cejudo. The wildcard is his recovery from the injuries that have kept him out of action since 2016. 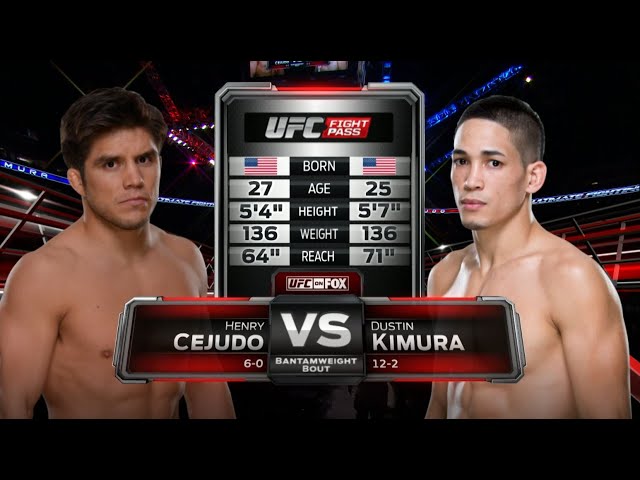 Cruz won 13 straight fights before losing to Garbrandt, who used a style reminiscent of Cruz, but with more skillful boxing. Cruz’s name appears a remarkable 11 times in the official UFC bantamweight record book.

Cejudo believes he deserves consideration as the best fighter in the UFC’s lower weight divisions. Cruz sees things differently, “He’s the title holder, he’s got an Olympic title and thinks he’s a 125-pound and 135-pound champion. That’s the guy to beat, and he wants to say that he’s the GOAT, you’ve got to beat me, bro. It’s plain, simple, period.” If Cejudo retains his belt, he’ll have wins over Demetrious Johnson (flyweight) and Cruz, which will make his argument as the GOAT much stronger.

For the former two-time champ, this is an opportunity to prove he has not lost a step despite being away from the octagon for such a long time. A comeback victory at UFC 249 will be a great reminder that Cruz is one of — if not the — best bantamweight fighter in UFC history.

Like the main event of UFC 249, this co-headlining battle is a high-stakes affair.