UFC 263, takes place on June 12 at Gila River Arena in Glendale, Arizona. The event is a top-heavy one. Nate Diaz returns to action in a welterweight scrap against Leon Edwards in the middle of the pay-per-view portion of the event. In the co-main event, flyweight champion Deiveson Figueiredo and Brandon Moreno run back their December matchup, which ended in a draw. In the headlining bout, middleweight champion Israel Adesanya faces Marvin Vettori in a rematch.

The closing odds of the first matchup between Deiveson Figueredo and Brandon Moreno saw the defending champion enter the bout as a -445 favorite over the +250 challenger. With that first fight ending in a draw, it would be a shock if Figueredo is as big of a favorite in the rematch.

Figueredo was preparing to face off against Cody Garbrandt when he accepted Moreno as a late replacement for the injured former bantamweight champion. With that, I think the first meeting between Figueredo and Moreno was more competitive than it might have been otherwise.

Figueredo is that rare 125-pound fighter who can finish his opponents on the mat or on the feet. He has seven finishes in 11 UFC fights. Before his December draw opposite Moreno, the defending champion had four straight finishes with three of those coming in the first stanza.

Moreno proved he is a game and tough fighter in taking Figueredo to a draw, but I do not see that happening a second time.

Figueredo is a finisher. With 11 UFC fights under his belt, he is tied for first in UFC flyweight history for most finishes (7) and submission attempts (18). No other flyweight has more knockdowns (8) and the champion has the highest submission average per 15 minutes (2.36). Figueredo is also tied for second with most knockout wins (4) and submission wins (3). He is also very accurate, landing at a 56.4 percent clip, which puts him second in the history of the UFC flyweight division. There is literally nothing that Figueredo can’t do and do well and that makes him a scary fighter.

I picked Figueredo to defeat Moreno via knockout in their first matchup, but I’m going to back off on that in the rematch because of the toughness Moreno showed. I still think the champ will retain his belt, but I feel he will do so with a decision. As far as value goes, I think Figueredo will become less of a favorite as the fight nears, but I’m fairly sure he’ll walk away with the victory at UFC 263.

Predicition: Figueredo via decision -260 via BetUS.

Figueredo is the better fighter in every way. The one concern I have with the flyweight champ is the weight cut. Figueredo has struggled with weight cuts in the past so that could be something to watch ahead of this fight. With the first fight behind them, I think Figueredo learned more about Moreno than Moreno learned about the champ. 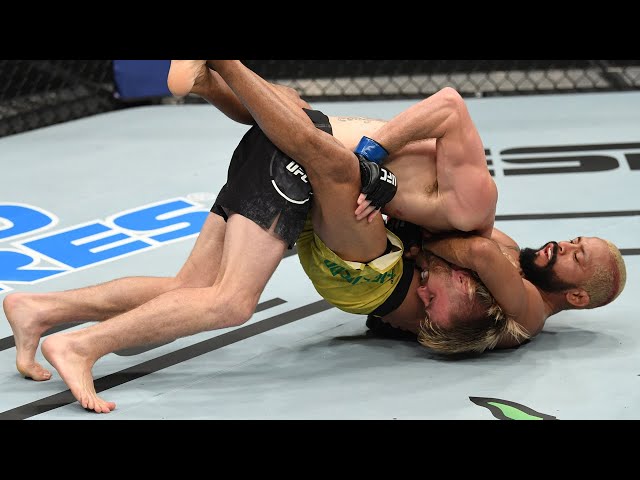 Figueredo is building his legacy in the UFC flyweight division. He needs to do better than a draw against Moreno to keep that momentum moving.

A win for Moreno will be a huge step back for Figueredo, even more so considering he faced the challenger before.

Check out the best available sportsbooks below.