The main event of the UFC 172 has one of the mixed martial art biggest talents, Jon Jones, taking on the challenger Glover Texeira, for the Light Heavyweight Title at the Baltimore Arena on April 26th.

Jones is 19-1 on his career and is considered pound by pound the top fighter in the UFC, especially after Georges Saint Pierre retired and Anderson Silva lost his title, and broke his leg trying to regain it.

Jones will try to defend his title for the seventh time.

“I honestly believe, as an artist, as a creative artist, that it’s not always in our control the way our performances are. I believe there’s an energy that comes over an artist that watches over them. Like being in the zone, you can’t always control being in the zone or even getting into the zone. You can be a person that trains every day, eats healthy, (be) so dedicated and just not get in the zone the right way, and that zone is something that’s kind of out of my control”, Jones said about the fight.

The Brazilian Glover Teixeira us 22-2 on his career and is a legitimate contender according to several analysts. He smashed Rampage Jackson not so long ago.

“My jiu-jitsu is there, but if I take a guy down, like with Rampage (Quinton Jackson), I took him down and I felt like the fight wasn’t going anywhere because the way he was holding my arms, and I could have just stayed there, and I think I could have finished him on the ground, but it would be a jiu-jitsu match, passing the guard, hold him down, mount and then go for the choke. That’s a boring fight”, Texeira said. 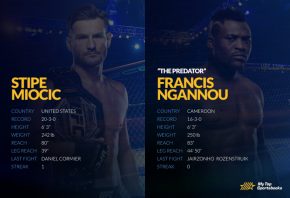 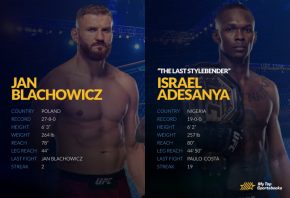