Learn how to bet on WNBA Basketball spread, props, futures, and more

Making great basketball bets takes a bit of practice. We're here to help you refine your basketball betting strategy. The first steps you need to take when WNBA betting are to find the best WNBA betting lines and sites. What does this mean? Well, you need to first focus on finding a few top-tier online bookmakers that offer WNBA sports betting—we recommend working with a few, so you have a variety of options to help you make the best WNBA bets. 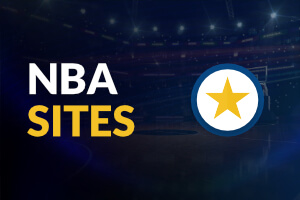 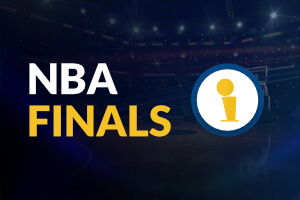 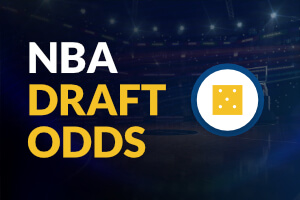 WNBA Vegas odds for moneylines, props, and spreads are available during the entire season. We will discuss WNBA odds and run you through the various markets you might encounter.

Check out these WNBA Future Bets

For those that are wanting to bet on the WNBA, keep checking back with us because our experts provide free picks based on WNBA odds today and throughout the season. 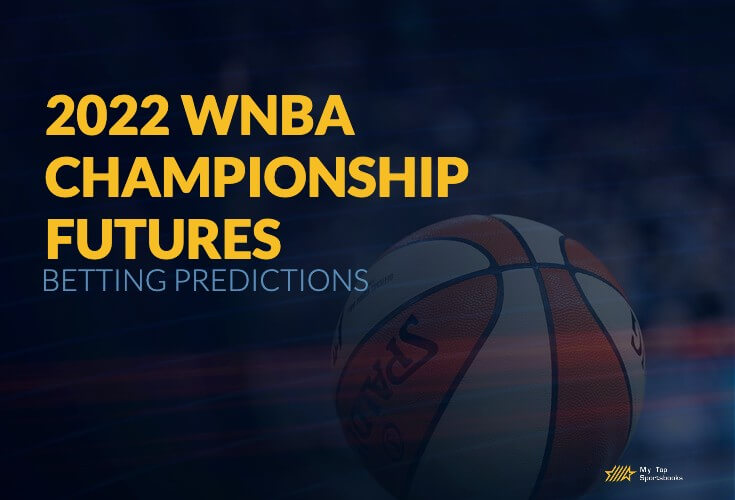 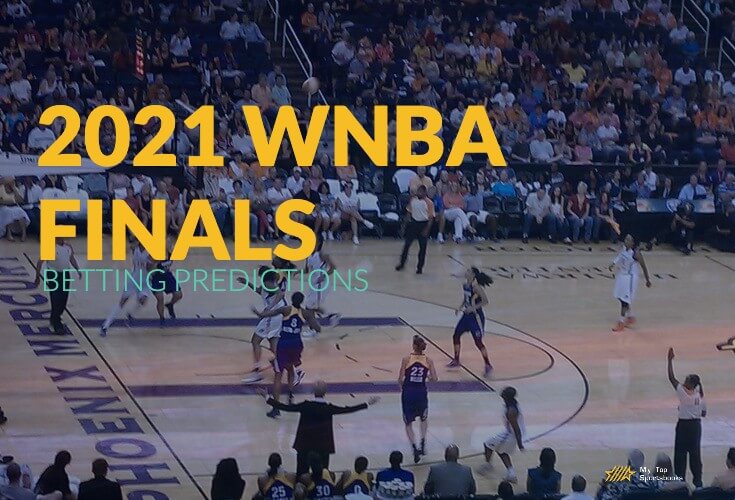 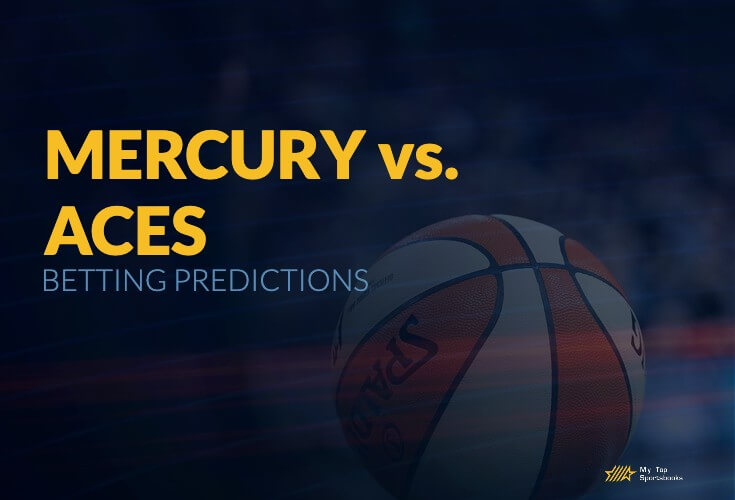 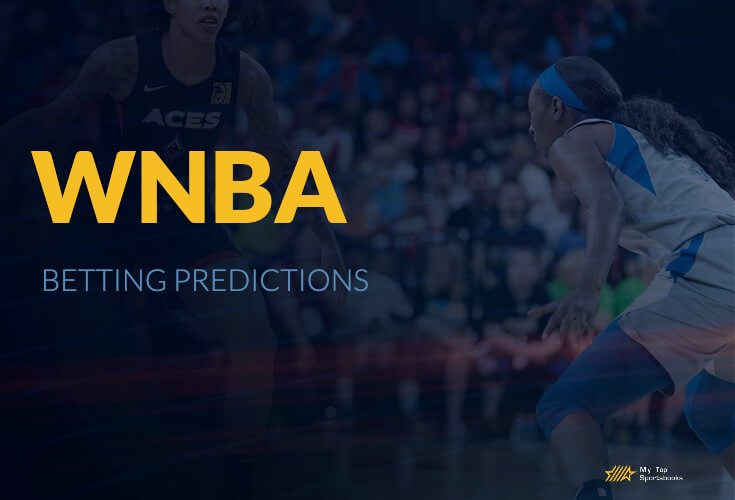 How to Bet on WNBA Games

Beginning your journey with WNBA Las Vegas odds and following the best WNBA betting trends is very important. In fact, if bettors want to make sure they get the best deals on the market, it is important to shop around the various top-tier sportsbooks available to US bettors. From regular betting lines to WNBA prop bets, you can find it all with online oddsmakers – much the same as you can during the NBA Regular and NBA Playoffs.

WNBA Basketball Betting Against the Spread

The standard WNBA spread looks much like bettors will have seen in any other sport. Basically, the home team will be on the bottom of the bet, with the favorite marked with the negative number, and the payout will be written next to the spread. Read more about spread betting in our single bets guides.

WNBA basketball spreads don’t see as much line movement as you’ll see in other major league sports in the US. Mainly because there is simply a lot less money wagered on the WNBA. There are always a lot of factors that affect a teams’ odds, the team selection, the point in the season, the matchup, and the list goes on.

Spreads in the WNBA will usually stay in the same range as other major league sports, it’s rare to see a favorite of over 20 points. The only big changes we’ll see are double-digit spreads. But, the majority of spreads will be single digits in favor of the home team.

The moneyline is the choice of WNBA betting line for those bettors that want to try and pick winners. However, the return isn’t always the best, as matchups are increasingly lopsided. There are now 2 or 3 teams that are truly dominant in the WNBA, which means that it’s very difficult for other teams to compete. Hoping the underdog wins isn’t going to prove to be that fruitful. However, moneyline bettors, have the option to wager on multiple bets such as parlays, round robins or teasers.

Taking a look at the example above, we can see that it would take a bet of $2,000 to win just $100 if you wager on Chicago Sky to win. Alternatively, if a bettor wagered on New York Liberty would be $1,000 on a $100 bet. For any of our readers who still haven’t reviewed our guide to understanding odds, take a look.

The team spread betting is an extremely popular betting line across all major sports, not just the WNBA. When the straight moneyline doesn’t offer much value, it’s always worth exploring the other available lines.

It’s of great value to have a few good WNBA betting tips ready to go, which can often mean the difference between winning or going home a loser. While strategies and tips can really help, there’s nothing that can replace a bettor’s own instincts and keen sense of sports knowledge. Betting strategies and tips simply help a bettor to achieve success with bookmakers. Let’s take a look at two common WNBA betting strategies.

Often player fatigue is overlooked by bettors and sports critics, expecting the same kinds of performances games after the game. This is especially important in major American sports leagues, where players are sometimes playing hundreds of games across the course of a regular and post-season. This is an excessive expectation of players. Bettors must account for this as the season rolls on. Moreover, injuries are an important factor. Players sometimes have underlying injuries and recurring niggles that cause them problems and if you notice something in the previous game, it’s worth accounting for this possibility in the next. This kind of depth of tracking players is often difficult. But with many bettors following their favorite teams, it’s quite easy really.

The lineups aren’t often going to change but this can occur from game to game, especially given the opponents or the upcoming fixtures. Pay attention to future games and see what is going to be expected of players in the next series of games. Often top players will be rested so that they’re prepared for the tougher opponents.

Live Betting on the WNBA

Basketball is a high-intensity sport, face-paced and full of action. This type of sports lends itself to live/in-play betting, meaning bettors can wager on scores, shots taken, interceptions, among many other markets.

Moreover, each game comes with a lot of different bets for live betting. As the game is so fast, it is important to have an NBA betting site that updates their odds quickly. We have here at this site a variety of recommended sportsbooks.

Here are some live bets you make during a WNBA game:

Live betting can really add to the entertainment of a WNBA game. For these kinds of bets, it’s best to avoid simply betting on the outright winner. There are lots of reasons to get into live betting on the WNBA.

This really depends on the individual, as some bettors with knowledge of the league are likely to make to succeed. In most cases, it’s entirely profitable, but for those with no knowledge of the WNBA, it may be more difficult to make a profit.

Is there live betting on the WNBA?

What are the most popular WNBA betting lines?

Without a doubt NBA futures. The most popular line is on which team will lift the title at the end of the year.

They are highly popular and probably the second most common betting market aside from futures.

Which is the best team in the WNBA?

The team that is the “best” is a difficult question, but teams like the Seattle Storm and Washington Mystics are the considered some of the best.