For the huge majority of the college football season, one of two questions was pondered.

Either pundits wondered if anybody could beat Alabama, or they speculated on how a Tide vs. Clemson showdown would play out, since they were clearly the two best teams throughout the campaign.

While there were twists and turns during the season the predictable has come true, and we finally have our matchup of heavyweights.

It has been easy to watch Alabama all year long and conclude they are the best team in the country by a significant margin.

The Tide played just one tight game, the SEC Title tilt against Georgia, and their conference is the best in the nation. However, numbers gurus see this as about a two point game.

Clemson was tested just twice, and those wins over Texas A&M and Syracuse came in September. The Tigers have been equally as dominant recently.

To the surprise of nobody paying attention, these teams rank extremely highly.

Alabama QB Tua Tagovailoa was the Heisman Trophy runner up and though it is a year away, will try to be a rare left handed starting signal-caller in the NFL.

Clemson freshman Trevor Lawrence is still a couple of seasons away from the pros, but he is an enormous prospect who has had a remarkable first season. 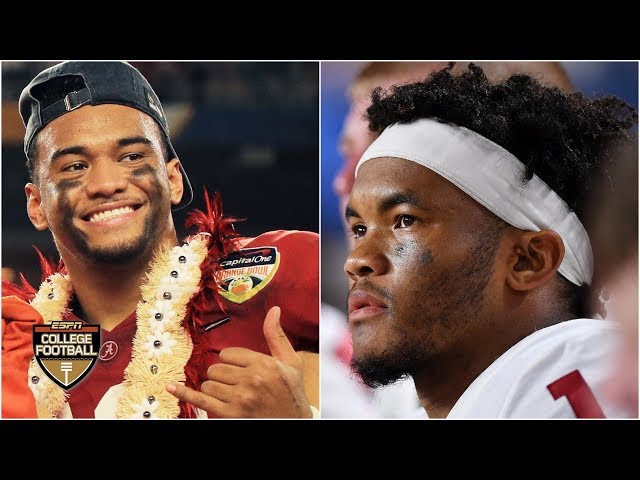 How to Bet the College Football Playoff Championship

This is a relatively easy game to handicap.

If you believe in the eye test, it is Alabama. Challenged just once, they rallied to beat Georgia, have a team full of pros, significant history on their side, arguably the best coach in the history of the sport, and have looked the part all year.

If you are more data driven, the call is Clemson.

They have been overshadowed, but been equally impressive. Their quarterback might actually be the better prospect, and the two title games between these teams have both been ultra tight.

Sportsbooks know if they make the spread seven, sharp bettors will unload their wallets on Clemson. If they get even close to equal betting at 6.5 that is a strong indication the pros prefer the Tigers even if they aren’t getting the full touchdown.

That is the side we want to be on