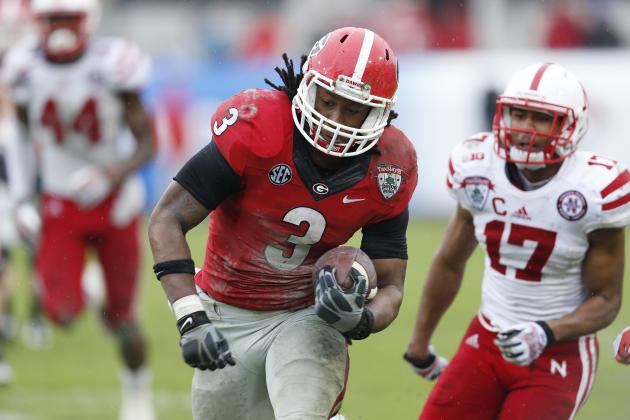 The 2-1 Bulldogs have already suffered an SEC loss, and another early loss will almost certainly take them out of contention to win the division.  “We’ve just got to win each game we play,” linebacker Amarlo Herrera said.  “That’s it. Simple.”

“It still looks wide open to me,” said Georgia coach Mark Richt of the SEC East.  “Now, if we don’t win Saturday, it won’t be very wide open for us.  But I think everybody feels that way.  I doubt anything will be settled until there are maybe one or two games to go.”

As they have throughout the season, the Bulldogs will rely on the ground game, and particularly on running back Todd Gurley, against Tennessee.  Gurley has run for 402 yards on just 41 carries so far this season, good for almost 10 yards per carry.

But the Vols’ run defense is stout, led by the linebacker play of All-American A.J. Johnson.  That could translate to a low-scoring affair between the two teams.

For the Vols to have any chance, they’ll need a solid defensive showing along with some great play from quarterback Justin Worley.  Worley has thrown for 721 yards and six touchdowns against three interceptions.  This is all despite having a young and inexperienced offensive line protecting him.

Fortunately for Worley, he’s working with a strong receiving corps.  Georgia is tasked with preventing big plays from Tennessee.

Georgia is currently a 19-point favorite in this one.  The over/under stands at 55.5.