Week 1 college football is nearly upon us! I get to pick college football games again, for your enjoyment! Last year we picked a semi-random number of games per week, and picked them profitably, so this year we’re doing the same. For Week 1, we’re focusing on the biggest games of the week, because that’s what you’re going to be watching, anyway.

These odds all come from Bovada, where you can place all your bets.

The biggest game of Week 1 will feature two outside contenders for the College Football Playoff. The scheduling makes sense: Washington needs some SEC bluebloods on its schedule to help its playoff resume. Auburn, of course, is once again trying to titrate the most difficult possible schedule, and hosting Washington as your out-of-conference Week 1 game certainly fits the bill.

These teams are very similar, actually. Washington somehow returns Jake Browning and Myles Gaskin, so the backfield remains among the best in the country. The line loses Vita Vea, but literally nobody else. Last year’s questions about the secondary are reversed, as key defensive backs return from injury. 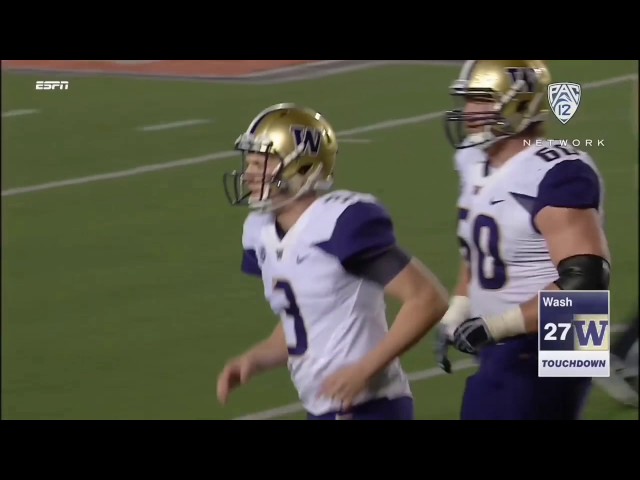 Auburn returns Jarrett Stidham, who worked out nicely last year, but loses Kerryon Johnson. His replacement, Kam Martin, averaged six yards per play last year, so he should maintain the run game nicely. The defense has some depth issues but those shouldn’t be a huge factor in the first game of the season.

Betting Advice: take the points, because I don’t know how Auburn became the favorite if not by brand name. These are two very evenly matched teams.

You could not pay me to go to this tailgate.

It pains me to say this, but I think Notre Dame is the safe pick here. A couple reasons:

Michigan is peaking for 2018, but that doesn’t necessarily mean they’ll beat Notre Dame on the road in Week 1. Jim Harbaugh is not immune to weird important losses, particularly on the road, and with some growing pains at quarterback, two incredible defenses on the field, and a slightly thin Maize and Blue receiving corps, it’s hard not to take the points.

Betting Advice: It is with a heavy heart that I recommend you take Notre Dame and the points.

Again, two teams with a lot in common. Miami and LSU field two of the best defenses in the country, and might (with some luck at quarterback) have exceptional offenses to match.

Miami thrived last year, but you’re more likely to remember the turnover chain than the quarterback. Malik Rosier started strong but fell apart as his skill corps got more and more depleted, and Miami went from Playoff contender to losing the Orange Bowl in the span of a few weeks. Rosier will have a strong group of skill position players to work with this year, but he’ll need to stay consistent if Miami is to convert on their high expectations.

This might shock you, but LSU is also looking for answers at quarterback. Ohio State transfer Joe Burrow could (finally) be the answer, in which case LSU’s loaded defense will have a purpose in life. LSU’s defense is indeed loaded:

All in all it’s hard to imagine the football moving in either direction during this game. LSU might be able to run against Miami’s young defensive front, and Malik Rosier might be able to take advantage of his many playmakers, but that’s about it.

The first game of the Willie Taggart era at Florida State, and the third year of the Fuente era at Virginia Tech.

Florida State is still loaded with talent. Cam Akers and Deondre Francois are both somewhat realistic Heisman hopefuls. The defense is stocked to the brim with four and five-star sophomores that are ready to start the Taggart era. Things might take a little while to get rolling in Tallahasee, Taggart has a very different system to Jimbo Fisher, but it’s hard not to be hopeful in the long run.

Virginia Tech has been building and uilding but hit some unexpected roadblocks. Jeremy Webb and Mook Reynolds are both injured. Adonis Alexander is not academically eligible for the 2018 season. Cam Goode up and left. Altogether the Hokies lost 11 defensive players this offseason, as well as defensive coordinator Galen Scott.

The above is an important factor in this game!

Betting Advice: As said earlier, it’s hard not to expect good things from Florida State. It’s hard to expect anything good to befall the snakebit Virginia Tech team in 2018.