The battle for a spot among the top four of the AP Top 25 rankings continues this weekend with a pair of contests. The Oklahoma Sooners will be aiming to produce a big win to cement their grasp on the No. 4 spot as they take on Texas Tech as heavy favorites. Currently pegged at No. 5, the Ohio State Buckeyes face a tough test as they battle the Penn State Nittany Lions, also as big home chalk.

The Oklahoma Sooners will be aiming to stop their slide on the AP Top 25 as they visit the Texas Tech Red Raiders on Saturday as heavy 19.5-point home favorites on the Week 9 odds at Bovada. The Sooners remained undefeated with their 35-23 win over the Kansas Jayhawks. But the squad was forced to overcome the lowly Jayhawks’ 10-0 halftime lead in the win as massive 38.5-point chalk, which proved to be a major factor as the Sooners slipped one position to No. 4 on the national rankings.

Despite a very uninspiring performance against the Jayhawks, three Sooners stood out for Oklahoma in their 35-23 win over to move to 8-0.. https://t.co/EKbvOLiA4d

And while they are now undefeated straight up in 15 straight regular season contests, the Sooners have been an uneven bet. After failing to cover last weekend, Oklahoma now sports a middling 3-5 ATS record this season. They have also gone 1-4 ATS in their past five when favored by 20 or more points, with their lone ATS win coming in an early-season 76-0 rout of Western Carolina.

The Red Raiders return to action after falling 25-24 last weekend to visiting Kansas State to 2-3 SU in their past five. However, Texas tech has been steady on the road, winning outright in three of four so far this season including a 23-20 win over West Virginia as 7.5-point underdogs. And while they have lost outright in 25 of 26 contests while pegged as double-digit underdogs, they have gone 9-4 ATS in their past 13.

The Penn State Nittany Lions will be looking to rebound from a stunning 20-18 overtime loss to Illinois that has devastated their College Football Playoff hopes when they visit the Ohio State Buckeyes as 19-point road underdogs at MyBookie. Winners in each of their first five outings, the Nittany Lions have quickly fallen out of contention with back-to-back losses, capped by a dramatic drop by 13 positions to No. 20 on the AP Top 25 in the wake of their loss to the Fighting Illini.

The Nittany Lions’ swoon could not have come at a worse time. In addition to ending their impressive start, the squad’s recent slide has provided loyal sports bettors with more bad news. Penn State has now failed to cover in three of its past four outings, and faces a massive task to reverse a dismal track record against the Buckeyes, whom they have lost outright to in eight of nine meetings since 2011.

Winners in five straight outings and sporting a 6-1 SU record, the Buckeyes will be eyeing a return to CFP contention when they hit the gridiron at Ohio Stadium on Saturday night. The Buckeyes have steadily gained momentum during their current 5-0 run, capped by last week’s 54-7 destruction of the Indiana Hoosiers that solidified their hold on the No. 5 spot in the national rankings. Indeed, it is tough to overstate OSU’s dominance during the team’s current win streak. The Buckeyes have averaged a whopping 54.4 points per game over their five-game win streak, and currently lead the nation with 49.3 points scored per game.

67 of the 75 Ohio State players who made the trip to Bloomington saw playing time – all for at least five snaps on offense, defense and/or special teams – in the Buckeyes’ 54-7 win over Indiana.

In addition to fueling short -200 odds at BetOnline of returning to the College Football Playoff for a third straight year, the Buckeyes’ recent play has also vaulted them to a short wager on the national championship odds at BetUS, where they trail only Georgia and Alabama as a +5500 bet.

See below the top sportsbooks where you can wager online and choose the best one for you. Learn more about betting strategies by checking out our college football betting guide. 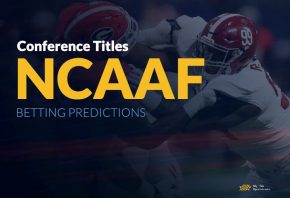 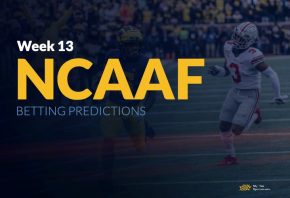 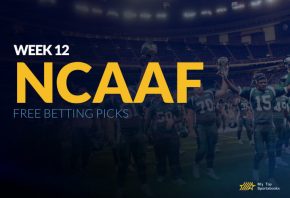 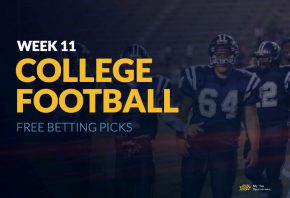