For NHL bettors interested in New York Islanders betting, My Top Sportsbooks has you covered with our series of guides to betting on one of the NHL’s top clubs. Here, we will discuss different types of Isles bets, provide an overview of Islanders odds, and get you connected with the top NHL betting sites. Don’t forget our NHL teams odds guide as well.

Let’s get into it by looking at the Islanders’ odds to win the Stanley Cup! The Islanders finished the 2020 and 2021 seasons as the Eastern Conference runner-up, losing both Conference Finals series to the eventual champions, the Tampa Bay Lightning.

The Islanders are a team poised to be competitive for the foreseeable future, especially under head coach Barry Trotz. New York wins games with sound defensive play, running a “trap” that frustrates their opponents into submission. They regularly win low-scoring games, and their style of play is favorable for deep playoff runs.

The New York Islanders compete in the NHL’s Metropolitan Division, along with their in-state rivals the New York Rangers, the Carolina Hurricanes, Columbus Blue Jackets, New Jersey Devils, Philadelphia Flyers, Pittsburgh Penguins, and Washington Capitals. Between the 1993-94 season and the 2014-15 season, the Islanders did not win a playoff series. However, since then, New York has won seven playoff series. In three of their past four playoff appearances, Tampa Bay eliminated the Islanders, leading to an unexpected but fierce rivalry.

How to Read Islanders Betting Lines

Whether you’re wanting to check out the Islanders’ odds to win a single game, a player prop bet, or a Stanley Cup futures bet, we’re happy to teach you – it’s easier than you thing! There are loads of ways to bet on the Islanders, and though it may seem intimidating at first, understanding Islanders betting lines will be comfortable in no time.

To start, we’ll take a look at the Stanley Cup futures bet. While it takes the longest amount of time before you know the result, a futures bet can be a great way to make money without a significant financial investment. 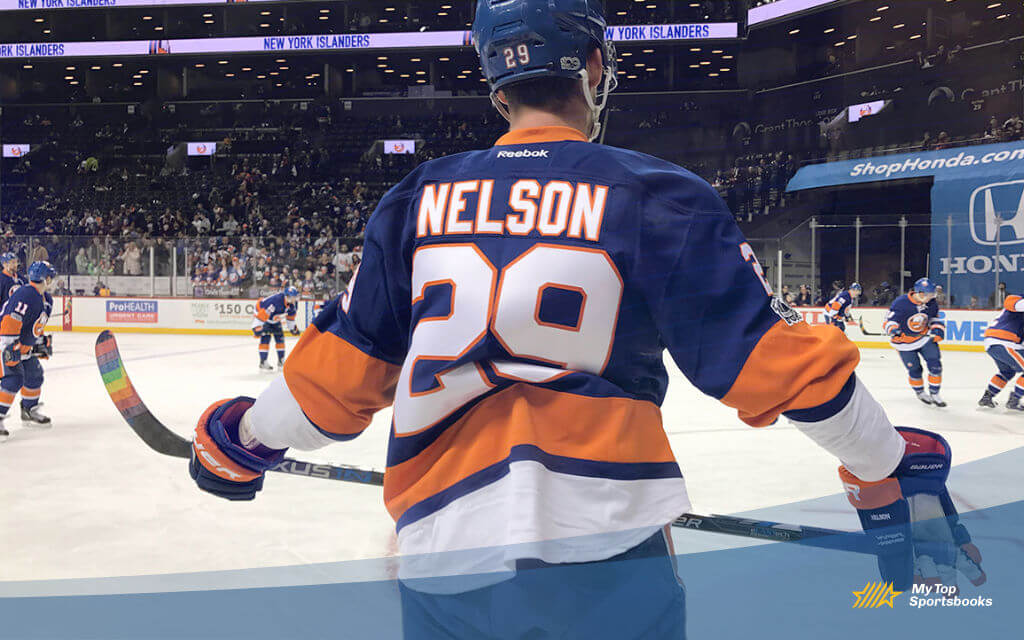 When you look at New York Islanders Stanley Cup odds, you will see a number next to the line that reads, for example, “New York Islanders + 650.” In that example, a $100 bet on the Islanders would win $650 if New York won the Stanley Cup, resulting in a $750 total payout. The higher the number after the “+” sign is, the less likely it is that the Isles will win the Cup.

If the Islanders are having a particularly good season and New York becomes the favorite to win the Stanley Cup, the symbol next to the betting number may switch from “+” to “-.” For example, the future betting odds may read “New York Islanders -200.” In that case, a bettor would need to wager at least $200 to win $100 on their payout.

The higher the number is, the more money is involved. Therefore, you must remember to pay attention to the signs. A “+” sign means there is potential for a bigger win, and the “-” sign means bettors must invest more money upfront if you want to score a nice payday.

Odds lines are similar for player or team prop bets. Prop bets involve betting things like which Islanders player will score a goal, what player or team will score first if a goaltender will record a shutout, and much more. Those odds are listed the same way.

As an example, a line might read “Mathew Barzal to Score (anytime): +225.” Should Barzal score a goal at any point throughout the game (other than in the shootout), a $100 bet would win $250 and payout $350. It is incredibly rare to see a player with a “-” symbol in front of their odds to score unless it is some sort of special event (such as the All-Star Game), but if you do see this symbol in front of a player prop bet, you should probably avoid it, as there isn’t nearly the same potential to win big. 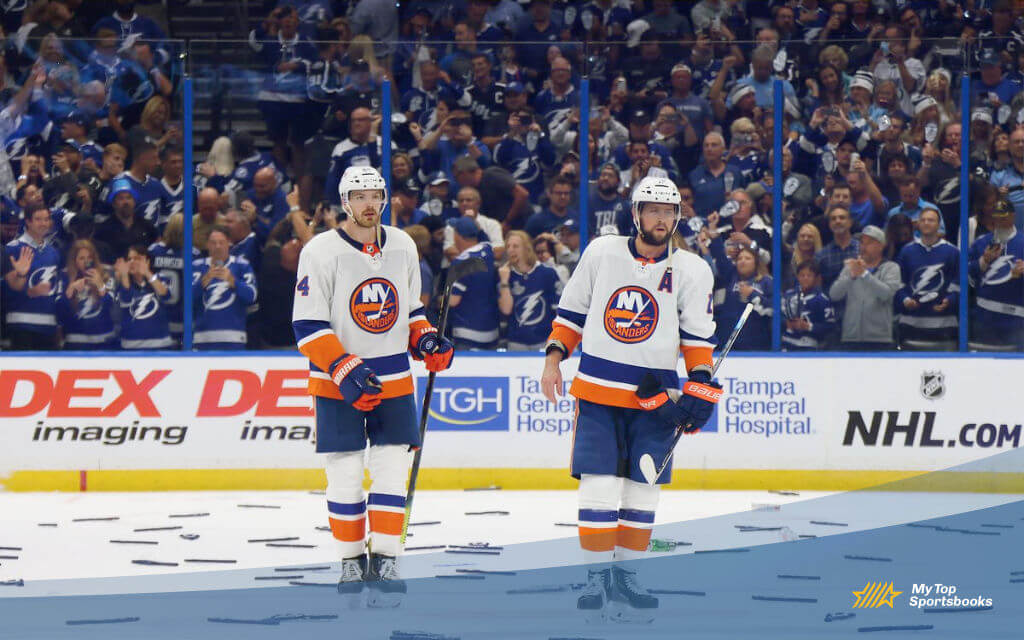 One more advanced type of New York Islanders betting is on the puck line. Betting on the puck line is similar to betting against the spread in football, wherein you are predicting the margin of victory. While puck line betting, you will see “-1.5” next to the favorite and “+1.5” next to the underdog. Because betting on the underdog includes spotting them 1.5 goals (the .5 acts as a tiebreaker), the odds there usually have a lower payout.

A sample betting line might read: “New York Islanders -1.5 goals: +230.” For a win here, the Bruins would need to win by at least two goals in order to earn a payout. Betting the puck line is often a good way to make a bet on the favorite when the odds aren’t good enough on the Moneyline.

Which recent Islanders players have a shot to make the Hockey Hall of Fame?

Several Islanders alumni who had long, successful careers with other teams have a good shot to make it to the Hockey Hall of Fame in the near future, including goaltender Roberto Luongo, and defenseman Zdeno Chara. Luongo ranks fourth on the all-time goaltender wins list and is arguably the best goaltender to never win a Stanley Cup. Chara is a Norris Trophy-winning defenseman and a Stanley Cup Champion, ranking 30th all-time among defensemen in points.

However, it is difficult to consider any recent Islanders in the mix. John Tavares likely has the best shot, but he would need to win both more individual awards and perhaps a Stanley Cup to bolster his resume. The player with the best shot currently on the roster would be Mathew Barzal, but again, he would need a dramatic increase in both his statlines and in his individual award count before that becomes a possibility.

Where can I bet on New York Islanders?

All of our top sportsbooks offer odds for every New York Islanders regular season match and playoffs match.

Where can I find the best Islanders betting lines?

Bovada, GTBets and BetOnline have really good selection of NHL odds. You should check on individual match basis who has the highest odds.

Are the New York Islanders an “Original Six” team?

The Islanders are not an Original Six team, as they joined the NHL during the 1972 season, as the league tried to keep the team from joining the now-defunct Western Hockey Association (WHA). The NHL and WHA merged in 1979, so it became a moot point, but starting in the Islanders’ third season as a franchise, they made the playoffs for 14 consecutive seasons.

Who is the Islanders’ all-time leading scorer?

Bryan Trottier is the franchise’s all-time leader in assists (853) and points (1353). Mike Bossy (573) is the Islanders’ all-time goals leader and is 22nd in NHL history.

Have the Islanders won any Stanley Cups?

How many New York Islanders are in the Hockey Hall of Fame?

Where do the Islanders play their home games?

The New York Islanders play at Nassau Coliseum, where they have played nearly every home game since their inaugural season.

Which Islanders players have had their jersey numbers retired by the team?