How To Bet The Phoenix Race

Phoenix Raceway is home to two NASCAR events per year — which opens up plenty of betting opportunities. So you can capitalize on that, we’ve crafted this betting guide to give you an in-depth rundown on the track. Read further for current NASCAR Phoenix odds, betting tips, and answers to your most pressing questions.

NASCAR Phoenix odds 2022 (and onward) are abundant on the Internet, perhaps too abundant. To help you cut through the noise that is online sports betting, we’ve organized a list of the very top sportsbooks. Explore your bookie options below:

Below you’ll find the latest NASCAR betting odds Phoenix from several top-rated bookmakers. Just be wary, though, these odds to win Phoenix NASCAR 2022 change plenty and often as the racing season wages on.

We all look forward to this big race. While it is not the only one to take place in Phoenix, it is easily the biggest. It forms an entire weekend. It caps off the entire season. While the Champion of the season is determined by points, this Eliminator Round Finale comes with quite a bit of bragging rights.

This is such a big race that you can place futures bet on it year-round at many NASCAR betting sites. Of course, when the race gets a little bit closer, you will have many more options available, such as pole positions, props, and outrights.

Popular Types of NASCAR Bets You Can Place On Phoenix Raceway

Less experienced bettors might initially be thrown off by NASCAR Phoenix odds to win. Why? Welp, because there are so many of them given the different bet types available. To clear any confusion, we want to break down which wagers are generally available at sportsbooks:

The most common of all NASCAR wagers is the race winner. This bet is simple in theory — picking the outright winner of a race — but much harder in practice since a field usually contains 40 different drivers. That difficulty is reflected in the betting odds, which are generally plus-money all around.

Newbie bettors might be stuck on reading betting lines. What do those numbers and plus-or-minus signs even mean, right? No sweat. Let’s say Kyle Busch is listed as +550 odds to win Phoenix NASCAR.

The plus sign denotes he’s a betting underdog (as probably everyone else in the racing field is), but the positive sign also gives you a clue on a possible payout. If you were to bet $100 on a Busch victory, it pays out a profit of $550 if he indeed crosses the checkered flag first. Easy enough, huh?

Matchup wagers are much more focused than the aforementioned race-winner bet. With this gamble, the betting field is narrowed down to either two drivers (head-to-head matchup) or four (group matchup). Bettors simply pick which driver in the group finishes best against one another — with no regard for how the rest of the event field shakes out.

If you’re looking for fun, then props are for you. We say fun because props can range on all sorts of outcomes, many of which have nothing to do with who wins the race. Think of props like side bets. Popular examples include which driver runs the fastest lap all-race long or how many caution flags will appear during a competition or a Phoenix Raceway special, how many crashes take place (more on this later).

Futures are long-term bets. And by long-term, we mean well past the usual Las Vegas odds NASCAR Phoenix we already covered. Instead, futures are focused on events like the NASCAR Cup Series. Which racer will accumulate the most points and earn the title? That’s the most bet-on futures wager. Betting lines for it are available almost year-round and refresh with every new race result. 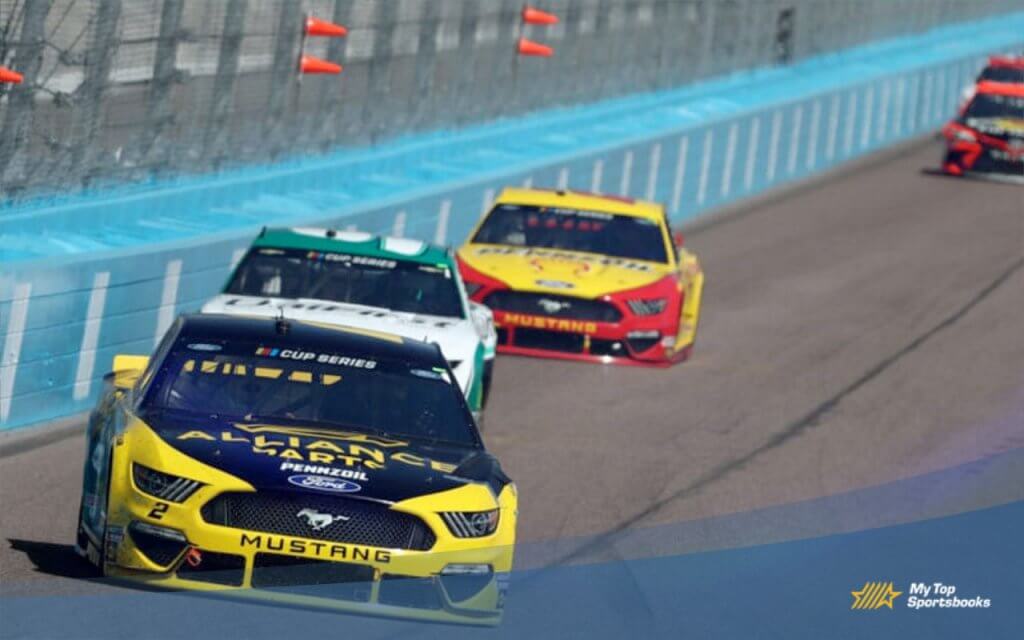 NASCAR has a new home for its championship crowning — the Phoenix Raceway. Its very last Championship 4 race was moved to the track for the first time in 2020. It’s not known how long the season finale will remain in Phoenix, but the city is keeping the seat warm for now.

The move is interesting on NASCAR’s part given the Phoenix Raceway itself. It’s notably short at only one mile long (especially compared to the previous Homestead-Miami championship spot of 1.5 miles). Slower speeds and tighter confines are natural byproducts of short tracks, producing bumper-to-bumper racing and yes, an increased likelihood for crashes (hence the prop bet special).

Moreover, the race was also shortened from 400 miles to 312 at the Phoenix Raceway. That, plus the short track, leaves no margin for error for NASCAR’s final four remaining drivers to come championship weekend.

The Season Finale 500 (measured in kilometers, not miles) isn’t the only NASCAR event hosted at the raceway. Much earlier during the season amid March, the FanShield 500 also takes place in Phoenix. The competition has been part of NASCAR’s Cup Series rotation since 2005.

What days in 2022 are the NASCAR Phoenix Raceway events?

How can I watch the NASCAR competitions at the Phoenix Raceway?

FOX will carry the FanShield 500 competition live on 3:30 pm EST come race day. However, NBC will air the championship race at 3 pm EST. Both can be watched on the traditional TV channel or streamed on each’s mobile-viewing application.

How does the NASCAR playoffs and championship work?

Out of the roughly 40-car field, only the top 16 qualify for the postseason. From here, the playoffs are broken into four stages — round of 16, 12, 8, and 4. The later group ends up at the Phoenix Raceway in a winner-take-all race to crown the season’s grand champion.

When did NASCAR institute this playoff format?

Once upon a time, the NASCAR Cup Series championship was given to the driver who scored the most points throughout the race season. That was the go-to model from NASCAR’s inception in 1950 all the way to 2003. The NASCAR playoff structure wasn’t created until 2004 and has received numerous tweaks in the decades since.

What betting strategies work for the Phoenix Raceway?