Super Bowl 55 offers no shortage of betting opportunities. You can of course wager on the game between the defending champion Kansas City Chiefs and Tampa Bay Buccaneers, or on whether Patrick Mahomes or Tom Brady will win another Super Bowl MVP. But the real fun is in examining the hundreds of inane Super Bowl Prop Bets that surround the big game.

Below, we have the latest odds on the color of Gatorade that will be dumped on the winning coach’s head, the length of the national anthem, the result of the opening coin toss, and even the halftime show. Additionally, make sure to check out our NFL betting guide and Super Bowl Betting guide if you need winning advice on how to wager on America’s greatest spectacle.

Orange is the favorite

Why’s orange (+150) the chalk pick? Well, that’s the color the Chiefs dumped on coach Andy Reid last year after defeating the 49ers in Super Bowl 54, and Kansas City opened as 3.5-point favorites over Tampa Bay in this one. Given the jersey colors of both clubs, you would think red (+300) has a real shot, however, the color of Gatorade at Super Bowl games has only matched the team color scheme three times since 2001.

If the Buccaneers are superstitious (and what pro athlete isn’t?), maybe they go with purple (+750), the color of Gatorade that Jon Gruden was doused with after the franchise’s Super Bowl 37 victory over the Raiders.

Over on the Anthem

Over the past 15 seasons, the average length for the national anthem is one minute 57 seconds and the UNDER has hit the past three times.

That said, country star Eric Church and R&B singer Jazmine Sullivan are singing the Star-Spangled Banner together this year. The last time the anthem was performed as a duet, way back in Super Bowl 40, Aaron Neville & Aretha Franklin clocked in at two minutes 8 seconds.

If you enjoy heading to your local Casino and placing a Roulette chip on black or red, this is the wager for you. While you can’t really gain an edge by knowing the history of the Super Bowl coin toss, we can tell you that HEADS has come up 25 times and TAILS 29 since the first Super Bowl.

‘Blinding Lights’ is by far The Weeknd’s most-streamed song on Spotify with almost 2 billion listens, so it makes sense that both BetOnline and Bovada list it as the favorite to be performed first during the halftime show. However, it’s kind of funny that the two trusted betting sites have such differing odds on his other jams.

You can get far better odds on ‘Starboy’ and ‘Can’t Feel My Face’ as the first song on Bovada while BetOnline offers tastier returns on ‘In Your Eyes’ and ‘Save Your Tears’. So, when making these fun and ridiculous Super Bowl Prop Bets, be sure to shop around for the best prices. 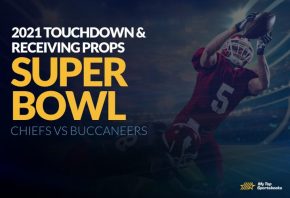