A spot in the World Final will be up for grabs when some of the top Counter Strike: Global Offensive teams in the world come together next week for the start of the BLAST Premier Fall Finals. As a successful year winds down for Natus Vincere, the Ukrainian squad looks to the start of the Fall Final perched as heavy -110 favorites on the E-sports odds at Bovada. Heroic follows, sitting alongside Ninjas in Pyjamas as +400 co-second favorites, while Vitality rounds out the top of the odds board as a +650 wager.

MyTopSportsbooks takes a look at all the odds and trends as the CS:GO season continues. Sports bettors new to the gaming scene can take advantage of our in-depth online resources that will connect them with the top Esports betting sites.

Competitors will return to the stage when the BLAST Premier Fall Finals gets underway on November 24 in Copenhagen. A $425,000 prize pool is up for grabs during the five-day, eight-team event, not to mention a highly coveted berth in the World Final, which is scheduled for December 14th to 19th.

Back to where it all began.
Back to crowds, to roars, to thunder.
We’re coming back to the Royal Arena!
Back to Copenhagen, #BackToLAN.

Shall we save you a seat? 💥

The first three days of this year’s event will be held behind closed doors. However, it will be like old times over the final two days, with fans planned to be in attendance as a winner is eventually crowned, live and in person.

It has been a spectacular year for tournament favorites Natus Vincere. The Ukrainian squad has been a dominant force so far this season. In addition to their victory at PGL Stockholm 2021, Na’Vi also enjoyed an epic run through the Intel Grand Slam. Despite failing to emerge as heavy favorites on the IEM Cologne odds, the club remained undeterred while embarking on an impressive march to the tournament.

.@natusvincere won the first ever PMPL European Championship by @EsportsPUBGM! It was one of the most watched PUBG Mobile tournaments in the region, which attracted more viewers than some notable recent CS:GO / R6 events eyeshttps://t.co/iGOdjnDum6 pic.twitter.com/5N5eWR6aDc

Na’Vi followed up with subsequent wins at IEM Katowice 2020, DreamHack Masters Spring 2021 and ESL Pro League Season 14 before claiming their first CS:GO Major title earlier this month at PGL Stockholm. Natus Vincere enjoy a somewhat favorable matchup in their tournament-opening quarterfinal clash with BIG. The German-based club enters the Fall Final as a lengthy +4000 longshot, but has enjoyed some recent success, most notably a win at this past summer’s Funspark ULTI 2020.

Na’Vi faces no pressure entering this tournament after already locking up a berth in the BLAST World Final. That means better betting value is likely found further down the odds board. Second favorites Heroic have also locked up a World Final berth, but could be in tough in their quarterfinal clash with FaZe Clan. The California esports organization arrives in Copenhagen sporting lengthy +1600 odds. But despite earning no recent major victories, this team sports an impressive track record that features a pair of BLAST Pro Series wins in Miami and Copenhagen two years ago.

Don’t let those VODs distract you from the fact that FaZe Clan choked a 15-11 lead in the CS:GO Boston Major Final on the final map, Inferno, giving C9 and NA their first Major

While they face a tough quarterfinal clash with Team Liquid, Team Vitality also cannot be overlooked as a +650 bet. The France-based team returns to Copenhagen as the BLAST Premier: Fall 2020 defending champions, and are coming off a second-place finish in ESL Pro League Season 14. However, they must contend with a talented Liquid squad that claimed seven tournament wins in 2019, and arrives in Copenhagen sporting very attractive +3300 odds.

See below the top sportsbooks where you can wager online and choose the best one for you. Learn more about betting strategies by checking out our Esports betting guide. 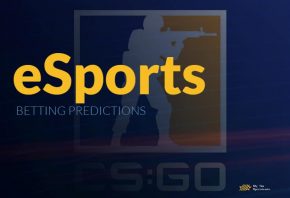 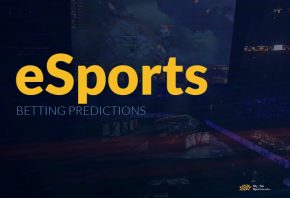 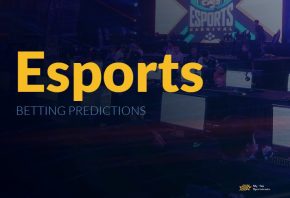 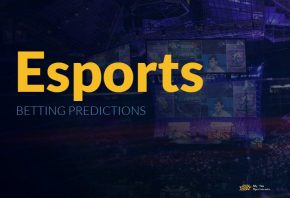