There’s a long way to go in the Esports calendar before we reach the finale of any of the major competitive games platforms, the likes of League of Legends, Dota 2, and Counterstrike: Global Offensive.

While this is true, major sportsbook providers are still offering odds on a variety of the top-tier leagues running throughout the year, as well as major tournaments held across the globe.

We’ll analyze the odds and take a look at what might unfold in this week’s Esports action! Our in-house gaming experts will assess the games and make free picks for the most exciting games this week!

A dominant Game 4 from @DamwonGaming! They are your @lolesports Season 10 World Champions! pic.twitter.com/58MhmbsOPi

The best team in Bulgaria is showing that they are here to compete in 2021. They will enter this one full of confidence, having beaten Brugge 2:1 in their last game.

SKADE have won just 2 in their last 5 games, but some of the opponents included the likes of Sangal, HR, and pupsiki. With an easier opponent in Onyx, it should fill the team with confidence.

Onyx has won four in their last five games, but have been playing some fairly easy teams. The loss they picked up was in their last game against Brazil’s finest One.

G2 Esports has seen an improvement in the way the team has been playing since the departure of Perkz, who has decided to move permanently to the mid lane role for Cloud9.

Now that the former botlaner has departed, the team has time to regroup and bring legendary ADC Rekkles into the fold. Rekkles has been performing extremely well since coming in, but G2 still aren’t the team we saw at worlds a few years back.

Astralis have struggled lately, but have some strong players in the form of nukeduck and MagiFelix. They will have to bring their A-game here but deserve a win and we believe will trump Europe’s best in this one.

Empowered by tradition, united in celebration.🏮🎊 Join the Lunar Beast Squad from February 4 to March 8 for new skins, chromas, emotes, and the return of ARURF! pic.twitter.com/jKa0OqFDhr

MidOne, N0tail, and the rest of the OG team are looking absolutely unstoppable as usual. But, this Team Liquid team is on the rise this season and is well-equipped to compete with the best in the game.

OG has 3 wins in their last 5 games, including a 2:1 loss to an excellent Vikin.gg team in their last game. Can Liquid make it 3 from 6 for OG in the Dream League?

Team Liquid features players like miCKe, boxi, and qojqva, but they have only managed to get 2 wins in their last 5 games in the DreamLeague. They’ll need to improve a lot if they are going to beat the favorites. 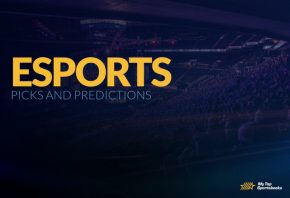