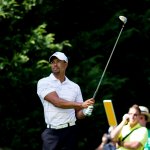 It’s not exactly surprising news anymore, but it’s always heart-breaking to hear of another set back for Tiger Woods.

The 41-year-old just announced that he will be out for at least another six months, following another back surgery. That marks his fourth back surgery in just over three years. The former world number one had just emerged from a 15-month break last December and had his sights set on a triumphant return.

But things didn’t exactly go according to plan. Dogged by back problems, he missed the cut at the Farmers Insurance Open earlier in the year, and was most recently forced to forgo the Masters.

As the 788th-ranked player, Tiger Woods will have to carefully consider his options. When he made his return, he stated that he wanted to break Jack Nicklaus’s record of 18 major titles. But with 14 Major wins throughout his career (the latest being in 2008), I think we can safely say that’s no longer a possibility.

His most recent accomplishment was a 15th place finish at the Hero World Challenge (out of only 17 competitors), and in his last two years of competition (2014, 2015), he managed only one top-10 finish.

So what’s next for old Eldrick Tont Woods?

Naturally, Woods has stated that he’ll be back in six months to resume his career. It’s a commendable goal but many fans have already lost hope in him, even if he hasn’t. It’s safe to say that Tiger’s best years are well behind him, and if he chooses to continue his professional career, he’ll be more of a spectacle than a serious contender.

He does have other options within golf, though. He could take up coaching, like he did at the Ryder Cup in 2016, dip his toes in commentary or even fire up the Golf Digest column he used to write.

It’s all in Tiger’s hands now and only he knows what’s in store. But we can’t help but speculate. Here are the odds!

Odds Tiger will do the following during his recovery:

Odds Tiger will do the following post-retirement: 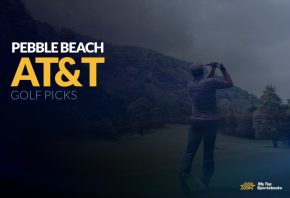