Major League Soccer, more commonly known as MLS, is another sport that is increasingly becoming more popular to bet on. However, betting on MLS is a bit trickier than other sports so being informed is critical. Without the proper understanding of how soccer lines are set and scored someone could lose their entire bankroll.

We’ll guide you through betting on MLS, the different types of bets, optimal times to bet, the futures market, and some strategy as we enter the MLS season.

How to Bet on MLS Moneyline

In mainstream sports like the NBA and NFL, one team will lose and one team will win. Meaning you have a 50% chance of predicting the outcome correctly.

From the example above, you can see three possible outcomes; either Seattle wins, Portland wins, or the game ends in a tie. To win $100 on Seattle you would have to bet $125, whereas placing a $100 bet on Portland nets $210 and the draw nets $250.

Best Time to Bet on MLS

MLS odds are usually released one week prior to the games. Much like the NFL, this gives you time to research any potential injuries and to hear how practices leading up to the game is going. That being said, there are two optimal times to place an MLS bet.

If you plan on betting the favorite, it’s best to place your wager as soon as the lines open. The thinking behind this is because the betting public generally supports favorites, so the moneyline will shift accordingly. For instance, using the table above, if everyone were to bet the Seattle Sounders then -125 will become -135. Getting this bet placed for -125 has just saved you $10 and you’ve also reduced the juice.

On the flip side, if you were interested in backing Portland for this game, +210 could become +220. Maybe it stays at +210, but there isn’t a rush to hurry to the betting window for an underdog. 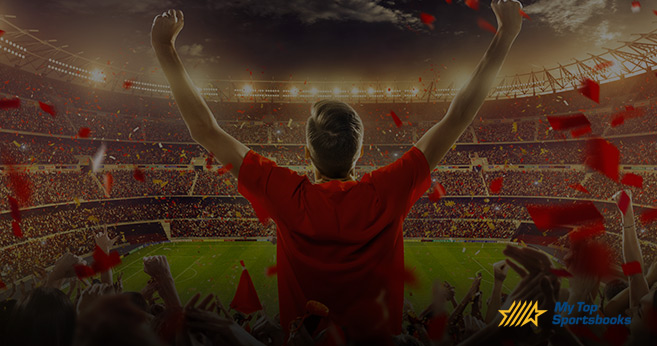 The second ideal time to bet on MLS is one hour before kickoff as that is when clubs post the starting lineups and formations. This will allow you the advantage of seeing which players are involved in the game.

If you seek more than moneyline betting than the MLS has you covered. MLS offers a wide variety of betting from over/under goals scored, ATS (against the spread), totals, parlays, props, and in-game live-betting. Let’s break each one down to avoid any confusion.

Placing a bet on the total number of goals scored in the match. Similar to an NFL game for points scored.

Against the Spread (ATS)

Similar to over/under, but you can bet on the total goals scored by one particular team. Sportsbooks will advertise Seattle TT (Team Total) 2.5 -110. An Over bet on this would mean Seattle would need three goals at least to cash.

Combining multiple outcomes onto one betting slip. For example, Seattle’s moneyline parlayed with Over 2.5. For this bet to cash Seattle would need to win and for the game to have three or more goals. As you can imagine the potential payout increases, but the difficulty does as well.

Props are fun! Examples are “Will Seattle keep a clean sheet?” (commonly referred to as a shutout in other sports), “Will Justin Dhillon (Sounders FC player) score a goal?”, and the total number of corner kicks at 7.5 are common prop bets in MLS. Why stop there? You can bet on yellow and red cards, penalty kicks, fouls, and more! Did I mention prop bets are fun?!

A popular live bet is will there be a goal scored between the 30th and 40th minute. These bets are created and offered to the public once the game starts.

The MLS season is structured like other North American sports as opposed to MLS being structured like European soccer leagues. In all soccer leagues, you can bet on the season’s champion. For leagues in Europe, for example, the Premier League, you would be predicting the club with the most points after 38 games.

In the MLS, after the 34 regular-season games are played, 14 clubs compete in a playoff where the winner is declared the champion. The MLS Cup Winner is how this is classified and advertised at sportsbooks.

That is a huge difference as playoff soccer is different than regular-season soccer in terms of intensity and also the “unknowns”(no different than the NFL). The MLS Cup winner is usually decided in early November. As with all future bets that is a long time to tie up your capital.

Additionally, some sportsbooks might offer a future bet on the winner of the Golden Boot (most goals scored by a player) or MLS MVP, so be aware of those as well.

How Are Bets Scored in MLS

MLS bets are scored on the result after regulation (full) time, 90 minutes plus injury time, is complete. Sportsbooks will have “FULL TIME” advertised most commonly.

Say a Seattle vs Portland game goes to extra time and then Seattle wins. If you had bet on Seattle to win, you do not win your bet. After 90 minutes, aka FULL TIME, the game was tied so the DRAW bet would win.

A bettor must be aware that they are only betting on 90 minutes. If a match is suspended then usually that bet is canceled, but always read the sportsbook’s rules prior to placing a bet.

Differences Between MLS and European Leagues

A big difference between Major League Soccer and European soccer leagues is the travel requirements. The longest distance traveled in the MLS is from Vancouver to Orlando at 2,624 miles. In the Premier League, Newcastle to Bournemouth is the longest at a significantly shorter 353 miles. The less time big, tall, and strong athletes have to sit scrunched up on a plane the better. The recovery time between jet lag and the physical discomfort from a plane can easily take a toll. 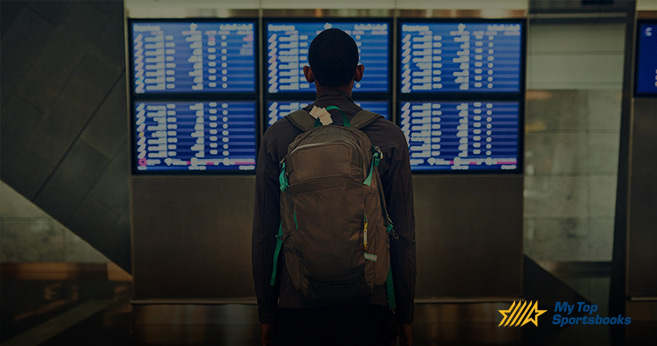 League survival is the second major difference. While clubs in the top of the standings in each respective league are all fighting for something, it’s the bottom of the standings that is dramatically different. The worst clubs at the end of an MLS season don’t have to worry about their league status for the following season.

In Europe, clubs that finish in the bottom few positions get dropped to a lower level league. Good MLS clubs might be able to pick up easier wins playing against the worst in the league.

Though the quality of players is a recognized difference between MLS and Euro leagues, it’s one disparity that can be dismissed. Each and every position in MLS is considered weaker than European leagues, or at least the European leagues you’re already betting on.

To be a successful bettor you need a betting strategy. Formulating a system and sticking to it is vital for long-term success. MLS requires the same amount of research, attention, and detail as other sports in finding daily value. While there are several factors to consider there are a few that are baseline requirements.

Form, form, and form. Form is the current level of play by an individual or team which is defined by wins and losses. Form can never be understated in soccer.

Naturally, you want to be putting your money behind a team in good form. Researching key players’ form is ideal too. If a team is dependent on a player or two and those players are in bad form then placing your bet accordingly would be wise.

When conducting your research be sure to take into account goals scored vs goals allowed, clean sheets (shutouts), and comparing performances against similar opponents.

The transfer window is a designated time period in which clubs are allowed to bring in new players and sell players. Each season has two transfer windows with one being in mid-February lasting until May while the other lasts one month starting in mid-July. This period allows clubs to address weaknesses and fortify areas because of injuries.

Finding articles that recap the transfer window is wise as you can easily identify which clubs added key additions to their clubs.

As you would with any sport checking daily or weekly on recent news, happenings, or developments is essential. MLSsoccer.com is the official site for MLS and will always have the latest news.

A smart play would be to follow the Twitter of a local beat reporter for the team in question. Beat reporters are around the club daily, even watching parts of training sessions, and can provide insights that either the club won’t divulge or managers won’t elaborate on during a press conference.

For example, Steven Goff is the DC United beat reporter for the Washington Post. A quick google search can discover who the beat reporter is for a club.

Away vs Home Form

It should come as no surprise that clubs perform better on the road or at home. Playing behind a home crowd can lift a club to victory. On the flip, clubs can gel and bond on the road so their performances will improve away from the pressures of being at home. When researching form make sure you take note of away vs home form before placing a wager.

Keeping in mind the aforementioned strategies, if I may, I’ll share with you one general soccer strategy I have. Consider the moneyline below.

Therefore, when I see a team at +200 or more AND the DRAW at +200 or more, I will place a half unit on the Dynamo and a half unit on DRAW. I’ve still wagered $100 in total, but I’ve given myself a 66% chance of success as opposed to a 33% chance if I were to only bet on one outcome. Additionally, a 16% greater chance of success than any other bet in any other sport (NFL ATS, MLB O/U, NBA ML, etc).

For that wager, a win on Dynamo would net $65 ($115 for Dynamo minus the $50 wager on DRAW) and DRAW would net $80 ($130 for DRAW minus $50 wager on Dynamo). While your net gain is less you have greatly improved your chances of being successful. Remember, sports are 50/50 with no sure things so improving your chance of success can aide in long-term survival.

Now you can say you’re ready for the upcoming MLS season. With a better understanding and insight on placing wagers not only can the season be enjoyable, but also potentially profitable! Be sure to check out our other guides that will further help your betting journey. As for now, sit back and enjoy what will be another great MLS season.