The Broncos dominated during the regular season with his great offensive power. However, the secondary defensive was their weaknesses and will be tested again at Super Bowl XLVIII by quarterback Russell Wilson. 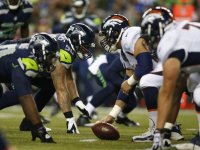 Denver, who was eliminated in Playoffs last year against Baltimore by failures of this unit, finished the regular season ranked 27th in the league against the pass, accepting 254 yards per game and a total of 29 touchdown passes.

During the Playoffs, the defense did not improve enough their stats in two games and received an average of 225 yards. They allowed six plays of over 20 yards and three touchdowns. They couldn’t intercept Phillip Rivers or Tom Brady.

The Broncos only managed 17 interceptions in the campaign and their best men in that department were Dominique Rodgers-Cromartie, Danny Trevathan and Chris Harris, with three each.

The unit is led by veteran Champ Bailey, who after 15 years in the league finally would be in the Super Bowl. Injuries have affected him over the last few years, but he has great experience and quality that earned him to be selected 12 times to the Pro Bowl.

Meanwhile, the safety Duke Ihenacho, who has only two years in the league, finished third in the team with 73 tackles.

The Broncos will be without cornerback Chris Harris due to an injury he suffered in his left knee in during the divisional game against Chargers. Harris was the second best tackler for the Broncos in the regular season with 65.

If John Fox’s team fails to stop the run from running back Marshawn Lynch, their secondary could have a long afternoon at MetLife Stadium