Every year fans are surprised at what the NFL standings look like early on. However, it’s important to remember there many twists and turns still to come.

If you are a Falcons fan, perhaps there is legitimate cause for concern. However, just about every other team that was deemed a contender before the year began is still in the mix.

It would have been really easy to get on the Bucs bandwagon early on, or jump off the Patriots gravy train. Neither would be looking so good right now. If you evaluate teams in a steady way, don’t overreact to what you saw most recently, and understand the way teams develop, you may find some value in updated Super Bowl future odds. The odds below are from BetOnline.

We should have known the LA Rams provided a lot of value to begin the year. They won 11 regular games in 2017, and spent big to improve their roster during the off-season. That said, 3/1 indicates an implied probability of 25%. If you believe the Rams have better than a 25% shot to win it all, they are a good value. Their two stars certainly make a compelling case. 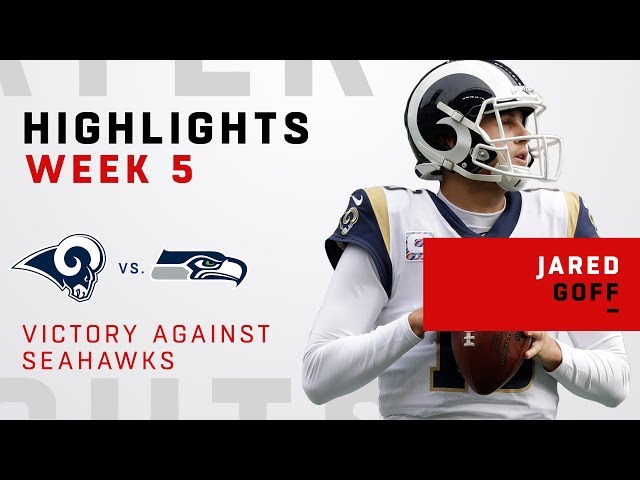 While Jared Goff and Todd Gurley are among the favorites for NFL MVP, what if one of them goes down? The bottom line is there are just to many games left to take that short a price, though the Rams dominance requires you get significant value elsewhere to place a wager.

Perhaps the Chiefs or Patriots?

What the Rams have been in the NFC is how Kansas City has looked in the AFC. Led by quarterback Patrick Mahomes, the passing attack has looked unstoppable.

Though Mahomes threw his first two interceptions of the season on Sunday in a lopsided with over Jacksonville, the question with the Chiefs is simple. We have seen them start well before and struggle come playoff time. How big a difference does Mahomes make once winter arrives this year?

As for New England, remember when they were 1-2 and the sky was falling? Dominant victories over the Dolphins and Colts have seemingly turned things around. However, is beating Miami and Indy at home that impressive? If you think the Pats beat the Chiefs on Sunday, you need to lock in your value and bet them right now. If you think they falter, there will be a bigger number come Monday if you believe in Tom Brady and Bill Belichick to right the ship as the year moves along.

Where is the Super Bowl Futures Value Now?

Patience, patience. Take a look at the standings. The Vikings are a mediocre 2-2-1, but just one game back in the NFC North. They have already played the Rams, Packers, and Eagles on the road. Sunday’s win in Philly is a very good sign for a talented squad. Take advantage of their 18/1 odds while you still can.

Though losing to Minnesota isn’t ideal, the Eagles are in much the same boat as the Vikings. The defending champs have some serious injuries, and Carson Wentz isn’t back to 100% yet, but do you see the Redskins or Cowboys running away with the NFC East? When all is said and done, the Eagles are going to be in the postseason, and we’ll happily take 25/1 odds that they figure things out when they need to.