Taking the Chiefs -4.5 early in the week cost my Locks of the Week a positive return in Week 4, putting me back in red ever so slightly for the season. But Week 5 brings a great slate of games and another chance for redemption.

Let’s get to it. But remember, while I’m picking every game and predicting every outcome, I’m only recommending the Locks of the Week at the very bottom. Winning longterm in the NFL betting market is about quality over quantity.

After a couple strong games out of the gate, the Indianapolis defense looked more as expected in Week 4, giving up 37 points (31 in regulation) to the previously winless Texans. Meanwhile, the Patriots routed Miami 38-7 to re-establish themselves as the team to beat in the AFC East, because some things never change.

The offense looked a lot more balanced, and Bill Belichick even ran the ball with Brady under center, knowing Miami has some undersized pieces up front. 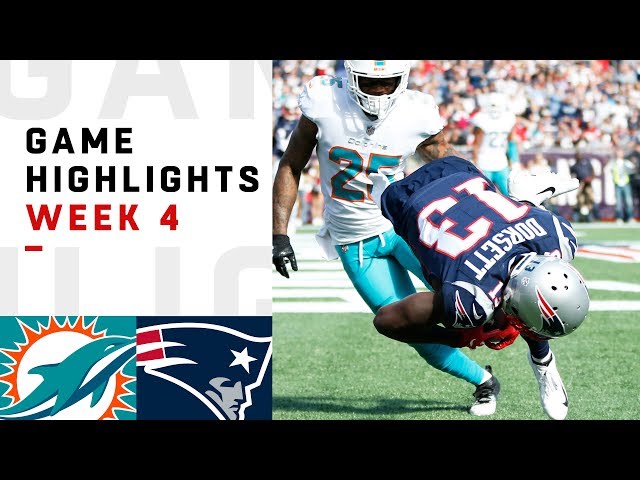 This total has come down considerably from where it opened (54.0), not only because the New England defense looked much improved with Trey Flowers back, but also because Indy will be missing key offensive weapons on a short week. But Luck just led his team to 34 points in Week 4 while throwing 62 passes. He’s only getting more comfortable with every week back from his shoulder injury. He’ll do enough to help this one hit the OVER. The return of Julian Edelman to the Patriot sideline won’t hurt the total, either.

There’s ample reason to doubt this Packer offense right now, which is ranked just in 14th in DVOA despite the presence of Aaron Rodgers. But there’s even more reason to doubt both of these defenses. Aside from Detroit’s anomalous Week 3 game versus New England (26-10 win), they have been gashed by every team they’ve faced, particularly on the ground. Their defense is 27th in DVOA and won’t be holding Rodgers and company to 10 points.

On offense, Matthew Stafford is finding his groove and continuing to build chemistry with Kenny Golladay. Between Golladay, Golden Tate, and Marvin Jones, he has one of the best receiving trios in the league. And with Kerryon Johnson finally giving the Lions a threat in the run game, they’ll continue to progress on that side of the ball.

The Panthers’ offense (1st in rushing DVOA) hinges on the legs of Cam Newton and Christian McCaffrey.

Lucky for them, New York is 29th in defensive DVOA against the run, and also a mess on offense. This one could get ugly, but I’m also worried about a backdoor cover.

When we look back at this season, New York’s Week 1 win over Detroit is going to confound. This is a bad Jets team that really shouldn’t be favored over anyone, save Buffalo and Arizona.

The Broncos, by all rights, should have beaten the undefeated Chiefs in Week 4, falling 27-23 on a TD in the dying minutes. Case Keenum is leaving plays on the field, but he’s still going to be more productive than rookie Sam Darnold. The Denver defense is also going to be more disruptive than New York’s unit, which just gave up 30-plus points and over 500 yards of total offense to Blake Bortles and the Jags.

I’m taking the under here on principle; 57.0 is a college total, not an NFL total.

Here’s why this play could bite me: the Atlanta defense is severely undermanned and has surrendered over 40.0 PPG over it’s last two. The Steeler defense isn’t much better, allowing 29.0 PPG on the year.

Here’s why the under is still the play: Ben Roethlisberger and the Steelers were held in check by Baltimore in Week 4 (26-14) and have now been shutout in three of four second-halves this year. There is something very wrong with this offense sans Le’Veon Bell.

Moreover, playing at Heinz Field is very different from playing on the turf at Mercedes-Benz Stadium. Atlanta’s offense is averaging 34.66 PPG in its last three, but those were all home games. It scored 12 points in Week 1 at Philadelphia. That continued a trend from last year, when they averaged just 21.6 PPG on the road.

While the Browns blew a late lead to the Raiders last week (45-42 OT), they have shown flashes on both sides of the ball this year. Are they ready to make the jump into true playoff contenders? Not this week, not against a reinvigorated Baltimore team that has its sights set on the AFC North title.

Despite the promise shown by Baker Mayfield, Myles Garrett, and Denzel Ward, the Browns remain 28th overall in DVOA, while the Ravens are top-five. Joe Flacco is playing his best football in years now that he finally has viable targets on the outside and the defense, already third in DVOA, gets top CB Jimmy Smith back from suspension.

The Patriots were able to rout the Dolphins by pounding the rock in heavy sets (175 rushing yards on 40 attempts). Cincinnati has an underrated ground game and a defense that, while vulnerable on the ground, has a solid pass rush and corners. They also should get Joe Mixon back this week, but even if they don’t, the Bengals just put up 99 yards at 4.3 YPC with Gio Bernard toting the rock.

The Miami ground game is 23rd in DVOA and showed nothing against New England’s mediocre front-seven (56 rushing yards, 3.1 YPC).

The Chiefs’ league-leading offense (36.25 PPG) gets its stiffest test to date against Jaguars’ league-leading defense (14.0 PPG). Unlike last year, the Jags are shutting down both the pass and the run, meaning KC’s balanced attack won’t be able to just lean on one or the other.

Patrick Mahomes is going to come back to earth eventually, and this is as good a bet as any in terms of when it’s going to happen. Add in KC’s 31st-ranked defense (per DVOA) and Jacksonville has a great chance to get the win in a hostile Arrowhead environment.

The Bills’ Week 3 win over the Vikings is another game that will make zero sense at the end of the year. This offense is awful. They are deadlast in DVOA, even though they’re 14th defensively. They were only able to win in Minnesota because the defense forced turnovers that put Josh Allen in prime spots.

Know who doesn’t turn the ball over? Marcus Mariota. He’s literally never thrown an interception in the red zone. His 3-1 Titans are only 23rd in DVOA overall, but their 15th-ranked defense is going to hold the Bills to two touchdowns or less, which should be enough to cover.

The Chargers barely edged the 49ers at home last week (29-27) even though San Francisco had CJ Beathard under center instead of Jimmy Garoppolo. This team should not be laying six points. Their defense is not the same without Joey Bosa, who won’t be back until Week 9 or so, and the offense leaves points on the field all too often. Kicker Caleb Sturgis’ propensity for missing kicks/extra points adds extra incentive for take the Raiders, who might (read: probably will) have more fans in the stadium than the Chargers.

The Rams might be the most dominant team since the ’07 Patriots. The Seahawks no longer have Earl Thomas, and their defense completely imploded without its star safety last year. Laying the points, Seattle’s traditional dominance at CenturyLink notwithstanding.

While the Vikings were able to hang with the Rams in one of the games of the year in Week 4 (38-31 road loss) and the Eagles blew a 14-point lead to Tennessee (23-20, OT road loss), I expect both offenses to regress to the mean in Week 5. That means Kirk Cousins and the Vikings will come back to earth, especially with the ground game sputtering, while Carson Wentz and the Eagles look more like the unit that lit up the league in 2017.

Don’t forget how good the Eagles were at home with Wentz last season. In case you have forgotten, they were 6-0 with a 19.83 average margin of victory. Against a Minnesota defense still without top edge rusher Everson Griffen, they Super Bowl champs will get it done.

CJ Beathard and Matt Breida were able to put up 27 points against the Chargers last week, but don’t expect the 49er offense to continuing scoring at that pace without Jimmy Garoppolo. The team averaged 16.3 PPG in six games with Beathard last year, including a 20-10 loss at home to Arizona.

Despite being the only winless team in the league, the Cardinals’ defense is playing fine, sitting 11th in DVOA. The offense looked better in Josh Rosen’s first start, and they would have beaten the Seahawks if Phil Dawson made his kicks and/or the receiving corps doesn’t have uncharacteristic drops.

The Cowboys looked much better on offense in Week 4 because they rode their only legitimate weapon, Ezekiel Elliott, all day long (25 carries, 152 rushing yards; 4 receptions, 88 receiving yards, 1 TD). Here’s the problem for Dallas: Zeke is already laboring with injuries and likely won’t have the same burst and power in Week 5. The Texans also have the second-ranked defense against the run plus a resurgent JJ Watt who’s almost at his DPOY level again.

The Dallas defense is good enough to keep this close, but it’s better against the run (11th in DVOA) than pass (26th in DVOA). Deshaun Watson will make enough plays to win and cover.

After a slow-ish start, the Saints offense looks unstoppable again. It now gets Mark Ingram back from suspension, giving it a between-the-tackles option to go long with Alvin Kamara’s do-everything ability. The defense, of course, has left a lot to be desired, giving up 30.3 PPG. Now they face an under-the-radar Washington offense that ranks eighth in DVOA and is coming off a bye. Look for this one to be a sneaky shootout on the Superdome turf.