Betting on the color of the Super Bowl Gatorade shower is one of the most fun wagers you can make. It is definitely a bit off-the-wall, but that is why we love it! It has become a quintessential part of Super Bowl betting overall.

Here we go through everything you need to know about the Super Bowl Gatorade bet. We will cover the history of the tradition, exceptions, and the results of Super Bowl betting on the Gatorade color. 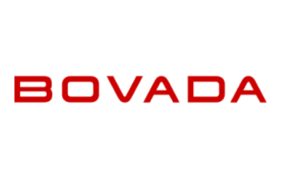 The Gatorade show has become such a staple of Super Bowl traditions that we can forget that it also has a history. It also started at some point. Of course, the tradition has to start before we can even think about Super Bowl betting on the Gatorade color.

Funnily enough, the tradition began as good-hearted revenge. On October 28, 1984, Jim Burt, nose tackle for the New York Giants, had been feeling frustrated. He did not think Coach bill Parcells had been treating him very well. After winning against the Washington Redskins 37-13, he decided it would be a good time to break the tension and enlisted teammate Harry Carson in dumping the sports drink.

However, this history is controversial. The Chicago bears defensive tackle also claims to have invented the tradition in the same year: 1984. He claims to have dunked Coach Mike Ditka upon clinching the NFC Central playoff spot. This would be one month later than the claim made by the New York Giants.

One thing we know for sure is that the tradition gained national traction with the New York Giants 1986 season. They doused Parcells after each of their seventeen wins. Each time the crowd ate it up! They ended up winning the Super Bowl in one of the most historically significant seasons in the NFL.

Evolution of the Tradition

While the Gatorade shower started with championship games, and indeed where the Gatorade color Super Bowl bet began, people have gotten very creative with their dunking and showering.

For one, the tradition has spread to college football, to emotionally charged games, and even to television interviews. Some of these variations border on disgusting. For example, after the 2020 Famous Idaho Potato Bowl, the Ohio Bobcats dumped french fries on their coach.

Other edible variations include:

While the color of the Gatorade shower is in part random, it never hurts to look back at our history books. The most winning color of the Super bowl Gatorade bet has been clear. I didn’t even know that was a color!

Here’s a list of the winning color for your Superbowl Gatorade color betting:

With this information, you are definitely ready to get started at one of the trusted online sportsbooks listed below.

Do they always dump Gatorade?

Some teams dump Powerade or water, depending on their franchise’s sponsors.

Where can I learn more about this tradition?

Darren Rovell released a book about the sports drink called First in Thirst: How Gatorade Turned the Science of Sweat into a Cultural Phenomenon.

We may never know. There is a clear Gatorade color, but the running wisdom is that it is water. It might be preferred because it is significantly less sticky.

When did the Gatorade shower tradition begin?

It began in 1984, though different sources cite it starting in October or November.

What are the odds for the Gatorade show prop bet?

What will the Super Bowl LV Gatorade color be?

There’s no way we can predict that. But, what we can do is advise our readers on what has happened in the past and tell you guys to check out the odds for this year.