As longtime readers of MTS will tell you, we like to do things early around here. When it comes to the NFL, each week we preview all the game action about ten days in advance. Why? Because, like any organism, we’re trying to carve out a niche! Last week, we gave you a Week 6 preview on Wednesday. As promised, below is the update to that preview, incorporating up-to-date lines now that the Week 5 action has wrapped up. 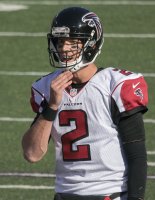 Week 6 kicks off with the Falcons traveling to New Orleans on TNF. On Sunday, Arizona at Pittsburgh and Cincinnati at Buffalo highlight the early matchups, while a must-win game for the Seahawks against the Panthers looms in the afternoon. Sunday Night Football features the DeflateGate reunion as Tom Brady and the Pats head to Indy to face Andrew Luck and the Colts.>Week 6 will wrap with an NFC East battle between the Eagles and Giants on Monday.

Let’s take a detailed look at the full slate.

The Falcons play their first of two straight road games, looking to make it 3-0 outside of Georgia. Atlanta beat the Giants in New York (24-20) in Week 2 and got by the Cowboys in Dallas (39-28) in Week 3. They’ll travel to Tennessee in Week 7. Last season the Falcons were 3-5 on the road straight up and against the spread. Atlanta is coming off a come-from-behind OT win at home against Washington. While Devonta Freeman looked good in the run game, Matt Ryan, Julio Jones, and the Atlanta passing attack finally came back to Earth in that one.

The Saints won both meetings between these rivals last year, including an overtime victory at the Georgia Dome. New Orleans is 1-1 at home this season with a setback against Tampa Bay and a win over the Cowboys (which snapped a six-game SU losing streak at the Superdome). In 2014, the Saints were 3-5 at home and 2-6 ATS. They were pounded by the Eagles, 39-17, in Week 5.

The Chiefs won at Houston (27-20) to begin the campaign, and then gave away a victory against Denver to start 1-1. After double-digit road loses to Green Bay and Cincinnati, they lost at home to Chicago (18-17) last week. Kansas City will be at home to host the Steelers and Lions the next two weeks. The Chiefs went 3-5 on the road last year and 4-4 for betting purposes.

Minnesota will be playing their only home game during a four-game span. (They’ll be at Detroit and Chicago in Weeks 7 and 8.) After going 5-3 at home straight up and against the number last year, the Vikings beat Detroit and San Diego by double-digits at home in Weeks 2 and 3 this season. They enter Week 6 coming off a bye.

Miami also comes off a bye, but does so with a new coach and, perhaps, left tackle Branden Albert. Without Albert for the last two games, the Dolphins have been unable to protect quarterback Ryan Tannehill in back-to-back blowouts. Miami began the year with a road win at Washington (17-10) and lost at Jacksonville (23-20) in Week 2. The Fins were 4-4 straight up and against the spread on the road last year.

Tennessee lost at home against Indianapolis (35-33) in Week 3 and dropped a 14-13 tussle with the Bills on Sunday. The Titans went 1-7 on the road in 2014 and 1-6-1 against the spread. The teams have split their last eight meetings.

The Redskins are on the road for a second straight week after a heartbreaking loss at Atlanta in Week 5 (25-19 in OT). Washington fell to the Giants (32-21) during Week 3 in their only other road contest, and went 1-7 on the road last year (3-5 ATS).

The Cardinals are in the midst of an unenviable travel schedule. After falling at home to the Rams (24-22) in Week 4, they crushed the Lions in Detroit (42-17) on Sunday, and now turn around to play the Steelers in Pittsburgh in Week 6 (at the equivalent of 10:00 AM Pacific). The Cards won at Chicago (48-23) in Week 2, their only road game during the first month of the season. Last season, Arizona went 4-4 on the road and 5-3 ATS.

The Steelers are playing on a short week after a walk-off win in San Diego on Monday. Pittsburgh beat the 49ers at home in Week 2, but fell to Baltimore in Week 4 without Ben Roethlisberger. Last year, Pittsburgh went 6-2 at Heinz Field and 5-3 against the number.

The Bengals head to Buffalo – where they’ve won two straight (2011 and 2013) – before a Week 7 bye. Cincinnati won at Oakland 33-13 in Week 1, and escaped Baltimore with a 28-24 victory in Week 3. They rallied from a three-score deficit to remain unbeaten with a win over Seattle on Sunday. The Bengals were 5-3 on the road last year and 4-4 against the spread.

The Bills kicked off the season with a 27-14 home win over Indianapolis, but then lost to the Giants (24-10) at home in Week 4. The Bills were 5-3 at Ralph Wilson Stadium last season and 4-4 for betting purposes. Buffalo squeaked by Tennessee in Week 5, 14-13, losing QB Tyrod Taylor in the process. Former (failed?) first-round pick EJ Manuel will get the start in Week 6.

The Bears are on the road for a second straight game after beating Kansas City (18-17) in Week 5. Chicago lost at Seattle (26-0) without Jay Cutler in Week 3, and have dropped four straight to Detroit. The Bears were 3-5 on the road last year and 4-4 against the number.

After playing three of their first four on the road, this is the second of a three-game homestand for the Lions. Game one went poorly, to say the least, as Detroit got pummeled by Arizona, 42-17, and QB Matt Stafford was benched after throwing three picks. The Lions’ only other home game so far was a 24-12 loss to the Broncos in Week 3. Those games stand in marked contrast to last year when Detroit was 7-1 at home and 5-3 against the spread.

This is the second straight road game for the Broncos, who play four of their first six away from home. Denver won in Oakland (16-10) in a tightly contested game on Sunday. They also won at Kansas City (31-24) in Week 2, and got by the Lions in Detroit (24-12) the following week. Following this game, they get a much deserved bye before hosting the Packers to begin November. Last season, Peyton Manning’s squad went 4-4 on the road straight up and against the spread.

The Jags are back home following three straight road losses. They are 1-1 at home on the year, losing their season opener against Carolina (20-9), but bouncing back with a Week 2 win against Miami (23-20). In 2014, Jacksonville went 3-5 at home straight up and against the spread. Concerningly, they got torched by the Bucs for 38 points in Week 5, wasting a solid performance from third-year QB Blake Bortles (38-31).

After starting the year with four games against non-playoff teams – and winning them all – the Panthers come off of a bye with their first of three straight games against postseason squads. They are 2-0 on the road so far, winning at Tampa Bay (37-23) in Week 4 after starting the year with a victory at Jacksonville (20-9). Last year, the Panthers were 3-4-1 on the road and 4-4 against the spread during the regular season.

The Seahawks started this season 0-2 with losses at St. Louis and Green Bay, but rebounded with home wins over the Bears and Lions. They choked away a three-score lead against the undefeated Bengals in Cincinnati on Sunday. Seattle has taken five in a row from Carolina, including two games last season. Seattle went 7-1 at home and 6-2 ATS in 2014.

Green Bay has won six straight against San Diego dating back to 1984 and are 9-1 against the Chargers all-time. The Packers beat Seattle at home (27-17) in Week 2 and knocked off Kansas City at Lambeau Field (38-28) in Week 3. On Sunday, they rolled over the Rams (24-10) at home, despite Aaron Rodgers throwing his first two picks at Lambeau since 2012. Green Bay went 8-0 at home last year and 6-1-1 for betting purposes.

The Ravens played three of their first four games on the road and, after a narrow Week 5 home loss to Cleveland (33-30 in OT), are at San Francisco this Sunday. After tight losses at Denver and Oakland to start the year, Baltimore won in Pittsburgh (23-20) in Week 4. The Ravens were 4-4 on the road last year and 3-4-1 ATS.

San Francisco managed a 4-4 mark at home in 2014, but went just 2-6 against the number. This year, the 49ers started the season with a 20-3 home win over the Vikings, then sputtered on offense during a 17-3 loss to Green Bay at Levi’s Stadium in Week 4. On Sunday night, the Giants clipped San Francisco 30-27, but it was still the Niners’ best performance since the opening week.

New England are 2-0 on the road this year, getting a 40-32 win at Buffalo in Week 2 and a 30-6 win over the Tony Romo-less Cowboys last Sunday. Last season, Tom Brady’s squad went 5-3 outside of Foxborough and 4-4 against the number. The Patriots have won six straight against Indianapolis, including a 45-7 pasting in last season’s playoffs.

The 165th match-up between the Giants and Eagles is a critical game for both teams. The Eagles are playing a second straight home game after dominating New Orleans (39-17) in Week 5, evening their home record at 1-1 on the year. (Philadelphia lost to the Cowboys at home (20-10) in Week 2.) Last season, Philly managed a 6-2 mark at home and went 5-3 ATS.