Three days into the free agency and the moves haven’t stopped.  The one that was a shock for everyone was the signing of Wes Welker with the Denver Broncos. 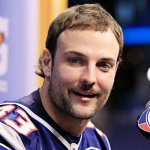 “Yeah, that was definitely probably the hardest part, leaving Tom,” Welker said Thursday. “He’s a great competitor, a great player, a great friend across the board. I wish the best to him.”

“I’m definitely excited about the opportunity,” Welker said. “I’d definitely like to thank New England for the six years there and all the trust and everything they put in me, and the opportunities I got. I’m looking forward to being a Denver Bronco and really trying to help this team win, and getting to play with Peyton [Manning] and a good group of receivers, and a good offense.”

“I felt Denver would be a great fit for me with their offense and how they run things and everything else,” Welker said. “They have a great quarterback, a great team. They went 14-2 last year. They’re a great team and I want to win. I felt like it was a good opportunity to me.”

Other important moves in the Free Agency: