If you missed it last week, we ran down the odds for division winners in the AFC. Now, we’re shifting our attention over to the NFC, where there has been some seismic shifting of late, with some intriguing teams emerging as challengers, hoping to upend the defending Super Bowl champions from Philadelphia for their own chance for a shot at a title.

Outlook: On paper, the Vikings looked like the team that was supposed to be headed to Atlanta. They sported the league’s top defense, giving up less than 16 points a game, and a top-10 scoring offense. Then they got Foles’d. Minnesota decided that to go with their top rated D, they needed to be able to outscore any issues that might arise in case of … um … shredding? Enter a very expensive Kirk Cousins. Is he the missing piece? He threw for more yards than Case Keenum (now with the Broncos), and more touchdowns. But he averaged just 0.2 YPA more than Keenum, and threw six more picks on 60 more attempts. But with an in-its-prime defense, all itching to get paid in the coming years, this was their all-in moment. A division title seems within reach, but there’s so much more expectation.

There’s a major wild card in this division and it’s the most talented player in football: Aaron Rodgers. The Pack aren’t as close to a complete roster as the Vikings, but Rodgers makes up for it. If (and it’s a biggie) he can stay healthy, they will be in any division race. Adding Jimmy Graham helps, losing Jordy Nelson doesn’t. Of even more concern might be that defense: they surrendered 24 points a game to the opposition, ranking seventh to last in the league.

Detroit did its usual Detroit thing last year: get out the gate early, have us speak about how Matt Stafford has really grown into a franchise pivot, then get ravaged by injuries (Stafford included), then crater down the stretch to miss the playoffs. Stafford did his part: just under 4,500 yards, 29 TDs and 10 picks should be enough to push you into the postseason. But 32nd in rushing yards and 32nd in yards per attempt – in a 32-team league – won’t work.

Chicago is on the right path. We think. There’s nowhere to go but up for an offense that ranked 29th last year, and the Bears threw money at the problem to hopefully change that. They brought in Allen Robinson, Trey Burton and Taylor Gabriel to see if Mitch Trubisky is the real deal. Matt Nagy is considered an offensive mastermind from KC – let’s see if the new head man in the Windy City can turn it around. Also, cheers to Chase Daniel. Anyone who can throw 58 career passes and earn contracts that will total over $38 million is ok in my books.

Outlook: This is the spin-the-bottle division, and the ugly duckling who wants in, but is forced to watch from the sideline. That’s you, Tampa.

It’s extremely close, but I’m going to give the Saints the edge. They know who they are and should only improve on that new found identity. It starts with the backfield tandem of Mark Ingram and Alvin Kamara, who each tallied 1,500 yards from scrimmage. It’s helped by a suddenly impressive defense, one that moved from bottom-feeder to middle of the pack, but buoyed by an opportunistic 20 interceptions (3rd in the league). And it’s all brought together by hall-of-famer Drew Brees, who’s more Clark Kent these days, but more than capable of still wearing the cape when Superman is needed.

Speaking of superheroes, Cam Newton did everything but drive the team bus, and he’ll need to be a more brilliant version of himself if Carolina wants a division crown. Newton threw for 3300 yards, with 22 TD passes and 16 INTs. He also was the team’s leading rusher at 750+ yards, and piled into the end zone six more times. Despite that, it’s safe to say that offense was erratic. Five times over the regular season, they were held to 17 points or less.

How stacked is this division? A team with a former MVP, two years removed from his perch and running the most potent offense in the NFL, projects to finish third in the division. Such is the plight of the Matt Ryan-led Falcons, who crashed back to earth after making the title game a season ago (how did that end again?), falling to the eventual Super Bowl champs in the Divisional Round game. Plenty of teams would have killed to have the eighth-best scoring team in the league, but not all teams have Matt Ryan, Julio Jones and Devonta Freeman. It was underwhelming at best.

As for Tampa, most people are still trying to figure out what Jameis Winston was thinking with this pep talk. Winston has the most upside of any pivot in the South, but he’s going to have to put it together to give his team a shot at divisional glory. Their offense needs to come together: they were eighth in yards per game at 363.5 per, but that equaled out to a pedestrian 20.9 points per game, ranking 18th. They’ve finally devoted some resources to the edge rusher spots too, making a trade for Jason Pierre-Paul and signing Vinny Curry, hoping to at least make the opposing quarterbacks feel uneasy in the pocket. That can only help the team with the least sacks in the NFL this year (a paltry 22).

Outlook: The Eagles are so deep and talented that they’re going to bench the Super Bowl MVP and that’s a no-brainer. Franchise pivot Carson Wentz should return to the fold early in the season, meaning Nick Foles may get some burn before picking up that clipboard again. Wentz was pegged by many as the leading MVP candidate before an ACL injury ended his season. That’s not their only upgrade: a defense that was already fourth in points allowed will get to improve on its 18th best mark in sacks, as the Eagles have brought in former Seahawks standout Michael Bennett to what was already arguably the best rotation of defensive linemen in football.

In Big D, the pieces are still there from a team that didn’t quite meet expectations a year ago. But the Cowboys are still potent, led by an offensive line that is, when healthy, the class of the NFL. With all-world tackle Tyron Smith battling a back injury and running back Zeke Elliott fighting the law, the team averaged a middle-of-the-pack 4.1 yards per pop. That drop off explains why Dak Prescott returned to earth from a stellar rookie campaign. Asked to do more, he attempted more passes, completed at a lower clip, and finished with 300 yards less than last season’s 3,667 mark. His interception rate spiked from 0.9 to 2.7, as he threw 13 picks.

Meanwhile, Kirk Cousins is gone, and the Washington pro football team is going to feel the effects of a downfield passing threat devolving into the Alex Smith dunk-and-dunk special. Don’t be fooled by Smith’s 4,000-yard, 26 TD pass campaign in which he averaged 8.0 yards per pass with the Chiefs last year. That’s the outlier season of all. DC should get ready for the painful 13-play, 52 yard drive ending in a 41-yard field goal, or some reasonable facsimile. On the other side of the ball, here’s hoping that in their roster overhaul, they found some run thumpers: Washington was dead last against the run, coughing up close to 135 yards per game on the ground. Not good.

Speaking of not good, welcome to the New York football Giants. At this writing, there were some crazy rumors going around that the team was attempting to trade Odell Beckham Jr. Interesting move, which should net them a bounty of draft picks, and signify the start of a rebuild for big blue. You don’t need a crystal ball to see how ugly this offense will be without Beckham. Last year, while he was injured, they put up just 217 yards per game, good for 19th in the NFL, crunching them in between Jay Cutler and the Dolphins and the QB carousel in Denver.

Outlook: Expect the sales of Pepto Bismol to be up exponentially for offensive coordinators the week they meet the Rams. A defensive line that features Aaron Donald, the reigning DPOY, two of the best ball-hawking defensive backs in Aqib Talib and Marcus Peters, with a solid defensive mastermind calling the plays in Wade Phillips, just added Ndamukong Suh. Holy Moses. You can expect last year’s 18 picks (T-6th) and 48 sacks (4th) will only improve. You’d expect their unimpressive run D should stand up better this time around from their 28th- place ranking. They also boast the most explosive offense in the NFL: the Rams led the league in scoring at just under 30 points a game. Jared Goff was once a reclamation project that has potential MVP hype, and Todd Gurley was revitalized to the tune of NFL offensive player of the year. Optimism is high in LA, man.

In San Francisco, optimism turned into tangible success in the snap of a trade. Jimmy Garoppolo arrived from New England and proceeded to light the league on fire en route to San Francisco posting a 5-0 record to close out the season. There hasn’t been this much hype in the Bay since Steve Young. Sure, the numbers weren’t great, just 7 TD passes and 5 INT, but he did average better than 300 yards passing per game. Better yet, though: W’s! And the fact that he led the Niners to nearly 29 points per game in those wins. You don’t go after Richard Sherman and Jerick McKinnon if you don’t think you’re on the cusp. The West is no joke.

Meanwhile, the one-time toast of the division is reeling. No more Sherman, no more Michael Bennett, no more Jimmy Graham and no more aura of invincibility. As well, why are the Seahawks trying to move Earl Thomas? A complete teardown of a team that, granted, needed some major tweaks, came fast. Russell Wilson is still one of the five best pivots in the NFL, but it’d be wise to protect him. It’s quite literally a miracle that he was sacked just 43 times (T-10th). If there was an under siege stat, he’d be the leader and it wouldn’t even be close. It’s no secret that their offensive line is Swiss cheese, resulting in them ranking 23rd in rushing, averaging 101 yards a game. That figure was lifted by the fact that Wilson led the team in rushing at 584 yards on the season. What more can this guy do?

The Cardinals are in a transitional phase, having lost their starting QB Carson Palmer to retirement. And they now have Sam Braford and his creaky knees to show for it. It was also a curious move letting Tyrann Mathieu go – it’s rare that 25-year-old play makers become available like that, even given his injury history. Getting David Johnson back will have to help, as the running game went completely anemic (86.6 yards per game – 30th in the NFL) in his absence. Here’s hoping their top-six defense doesn’t fall too far off, it may be the one thing that keeps them a respectfully competitive team. 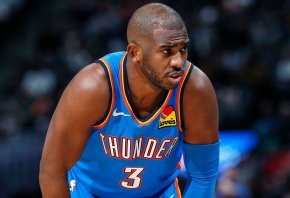