Well, the 2017 World Series isn’t the matchup that Fox executives were hoping for — they would have much preferred the Yankees and their legions of fans (and haters) across the nation — but it is the matchup many baseball purists were eager to see all season.

When the LA Dodgers and Houston Astros square off in Game 1 (Tuesday, October 24), we’ll be treated to a matchup between two 100-win teams. We’ll get to see the best offense in the majors (Houston, 896 runs-scored) go up against the second-best pitching staff (Dodgers, 3.38 team ERA). We’ll get to see two of the most dominant pitchers of, not only the present day, but this entire generation (Clayton Kershaw and Justin Verlander) showcase their electric stuff on the biggest stage. And we’ll finally get to see the diminutive and criminally under-hyped Jose Altuve (three-time batting champ, five-time All-Star, and presumptive 2017 AL MVP) in the national spotlight.

So while the TV ratings might not be what they would have been if the Dodgers and Yankees — who play in the country’s two biggest markets — were going head-to-head, the quality of play on the field won’t suffer a lick.

Who’s the favorite heading in? How long will the series go? Is Joe Buck still obsessed with everyone’s hair?? Join us as we preview every nook and cranny of the 2017 World Series through the magic of numbers!

All odds and props below pertain to the 2017 World Series unless otherwise specified.

Nobody has been better this postseason than Justin Turner. The bearded wonder is batting .387 with three home runs and 12 RBIs and has showed great patience at the plate throughout October. If the Dodgers falter (and that’s a big if), Jose Altuve is the Astros’ frontrunner. He’s hitting around .400 for the playoffs and leads the team in home runs with five. That’s been an extension of his MVP-caliber regular season (.346 BA, 24 HRs).

Odds the series ends in …

The Dodgers have proven themselves to be the best team in baseball all season long — epic late-season losing streak notwithstanding — and have a leg up on the Astros after securing home-field advantage and ending the NLCS early (earning a few extra days of rest). Don’t bank on a sweep, though, because Justin Verlander in the playoffs = appointment viewing.

There have only been 15 walk-off home runs in the 112-year history of the World Series, meaning we see fewer than two per decade, on average.

If there is a walkoff homer, odds it’s hit by …

Odds to be ejected from a game

None of these players have a long ejection rap-sheet, but Puig has certain personality traits that make him the favorite. Girardi has done an excellent job of protecting his players the last few years; he’s personally been tossed 12 times over the last three seasons, which is twice as many ejections as all his players combined, according to closecallsports.com. Gonzalez has been tossed three times over the last two seasons, including twice this year.

Odds the dugouts empty onto the field: 149/1

We were going to put odds on a bench-clearing brawl, but it’s too hard to define a “brawl” in baseball. Usually when the dugouts and bullpens empty, little comes of it. But it’s a necessary precursor to full on fisticuffs.

Now that we’re in the World Series, however, you’re likely to see everyone on their best behavior. No one’s going to be throwing at an opponent intentionally, so we should be safe from the benches clearing unless Charlie Morton loses the plot and adds to his 13 hit-batsmen count (tied for second-most in the majors).

The Dodgers were in the middle of the pack in stolen bases this season and have five stolen a modest bases in October. The Astros were top-ten in stolen bases in the regular season, yet have only stolen one base in the playoffs. That trend should continue in the World Series. These managers are living and dying with the longball.

The Dodgers have 13 homers through the first two rounds and will have the advantage of facing a weaker Houston bullpen that was serving them up to the Yankee mashers. Facing Kershaw, Darvish, and a Dodger bullpen that’s been nothing short of lights-out, the Astros will have trouble keeping up, despite hitting the second-most homers in the regular season (17 more than LA).

Odds to hit the most home runs 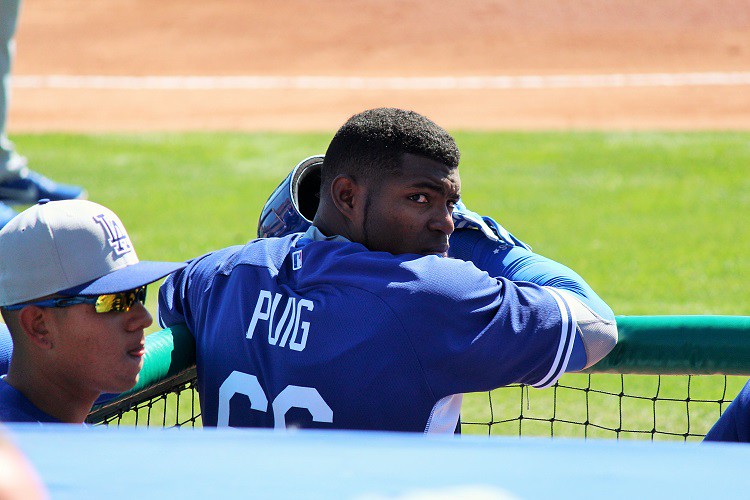 It might feel like no-hitters are becoming so common that they’re losing their import. But there have been only two postseason no-hitters in Major League Baseball history, and the odds that we’ll see another one in 2017 are exceptionally low. The first occurred in 1956 when Yankee ace Don Larsen threw a perfect game in the World Series against the Dodgers. The second was in 2010 when Philadelphia hurler Roy Halladay threw a no-hitter in Game 1 of the NL Division Series at Citizens Bank Park versus the Reds.

The first (and last) time anyone threw a perfect game in the World Series Dwight D. Eisenhower was President and gas was just 23 cents a gallon. We’d love to see it happen again, but the odds of that transpiring are infinitesimally small given the offensive firepower on the Astros and Dodgers.

If there is a no-hitter/perfect game, odds it’s by …

Dodgers hurler Rich Hill came within one out of his first career no-hitter in late August. However, the obvious favorite to throw a no-hitter or perfect game in the World Series is Clayton Kershaw, i.e. the greatest pitcher of this generation. The three-time Cy Young winner threw a no-no against the Rockies in June 2014 and went unbeaten in the NLCS against the Cubs. His stuff is as electric as ever and he’s peaking at just the right time.

Verlander has turned back the clock and is pitching like it’s 2011, i.e. the year he won the AL Cy Young and pitched his second career no-hitter.

Odds on first starting pitcher to hit a batter

Morton (13) and McCullers (11) were both top-ten in hit batters this year.

Odds a manager gets ejected during a World Series game: 5/1

If a manager is ejected, odds it’s …

Hinch has been tossed six times in the last two seasons, Roberts only three.

Odds to return to 2018 World Series

Both of these teams are set-up nicely for next season. Most of their key pieces are under contract; many of their best players haven’t even reached their primes yet; and they both have the potential to land major free agents (especially LA).

How good would Jake Arrieta look in Dodger blue? And don’t forget about the Japanese Babe Ruth, Shohei Otani. Even though the Dodgers can’t lure him with an excessively lucrative contract, you have to think that the bright lights of LA will come in handy in the pseudo-bidding war for his services, as will the presence of his buddy Yu Darvish (should he re-sign with the Dodgers).

Odds that next year’s world series is a re-match: 38/1

Under ordinary circumstances we would guarantee that both Dave Roberts and AJ Hinch would return to their posts in 2018.

The immediate job security of Roberts isn’t a major concern, but an epic collapse or a series of poor judgements in the World Series could always cost him his job. Roberts is under a ton of pressure given the strength of this year’s team and the Dodgers’ long(ish) World Series drought. Ok, 1988 isn’t that long when you compare it to some of the other droughts out there, but it’s long for a team with the talent and payroll of the Dodgers.

Odds it snows during the World Series: 500/1

As unpredictable as the weather has become over the last few years, we can say with utmost certainty that no one will have to break out their snow shovels and sidewalk salt this month in Chavez Ravine. The lows in Houston are around 50 degrees. Weather may be a factor in this series, but not the frozen kind.

Neither fan-base is known for it. The Astros have a slight edge because Minute Maid is a bit more homer-friendly.

Which crowd is more likely to boo its own team

The city of Houston is all-in on this Astros team, and there’s more of a playing-with-house-money feeling in Houston after the comeback against New York. That’s not to say LA isn’t all-in on the Dodgers, but the LA crowd is more likely to feel intense frustration if its team hits the skids in the biggest spot of all.

Granderson and McCann are two relative newcomers to their respective teams, so fans won’t feel the same sense of loyalty, and they’re both having dismal postseasons at the plate. McCann is batting .133, a number Granderson (.067) would kill for.

If these odds sound familiar, you’re not crazy. We covered the same props a couple years back when the Royals played the Mets. There’s not much about either of this year’s fanbases that shifts the odds significantly. But streaking is becoming less and less prominent, and we’re a couple more years removed from the exploits of Fan Man.

Over/under age of first fan to cause fan interference: 16.5

We’ve seen overzealous young’uns change the course of baseball history on more than one occasion (though one certainly jumps to mind). We almost witnessed it again in Game 2 of the ALCS when a 12-year-old Astros fan made a bid for a home run ball. We can’t set the age too low, of course, because increased age ≠ increased restraint inside a major-league stadium.

Odds a fan falls onto the field reaching for a ball: 299/1

These plays make the evening highlights all the time, but that leads to an overestimation of how often it actually happens.

The aging Lasorda in a mainstay at Dodger games and has been celebrating with the team after wins.

George the First has been an Astros fan for decades and has his own page on baseball-reference.com. Milano and Cranston bleed Dodger blue.

Over/under on the number Fox promos for non-sports Fox shows: 22.5

What, like, four or five per game over five or six games? That sounds like a reserved estimate for Fox.

Odds Joe Buck comments on a player’s hair during the World Series: 1/2

Joe Buck is kind of obsessed with hair, and it shines through (like locks conditioned with Pantene Pro-V) in his announcing, from time to time.

Over/under on the number of times the broadcast cuts to shots of fans in costume on Halloween: 8.5

Once an inning feels about right. Mascots do not count!

MLB picks for the Mariners vs. Astros AL Division Series