With the MLB season almost upon us, it’s time to catch up with what each team has been up to this offseason and determine which ones will surpass their o/u win totals. It’s down to the final division, having dusted off the NL East,  NL Central, NL West, AL West, and AL East. We finish in the home of the current World Series Champs, the AL Central.

I always thought there was this agreed upon idea in sports that you don’t disrespect the champ. But the more I read in advance of this MLB season, I’ve come to realize that was just my imagination, because nobody is respecting the Kansas City Royals.

From Westgate SuperBook putting the team at 18/1 to win the World Series, to Fangraphs projecting just 79 wins for the team (for a second year in a row), the Royals have no shortage of bulletin board material heading into this year.

And that could be bad news for the rest of the AL Central.

The closest team to K.C. last season was the Minnesota Twins, who finished 12 games back and were widely considered to have overachieved with a young lineup. That’s why they bring up the rear, and the role of challenger has been bestowed upon the Cleveland Indians and Detroit Tigers.

But Cleveland has gone the longest without winning the Central, and these are not the same Tigers from a few years back.

Can any of these teams throw a big wrench in the Royals’ title defense plans? 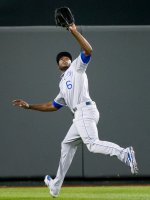 It really is ridiculous that some people don’t want to take the Royals seriously. Sure, they lost Johnny Cueto to free agency this offseason. But Cueto was actually pretty terrible for the Royals last season apart from a few good postseason performances. His departure mostly just highlights that Kansas City doesn’t have an intimidating starting rotation.

While Edinson Volquez, Yordano Ventura, and Chris Young aren’t going to be in the Cy Young race, they don’t have to dominate to give K.C. a chance to win. The Royals showed that last year with the most dominant bullpen in the AL: if you were trailing by the seventh inning, you weren’t coming back on K.C.

This year, Joakim Soria rejoins the Royals to provide them with another quality relief arm, joining the likes of Kelvin Herrera and Wade Davis.

The Royals did suffer another rental player loss this offseason, as Ben Zobrist signed with the Cubs. While that likely means useless, old Omar Infante will return to regular duty at second base, it’s not that big of a worry: the Royals were 59-38 before dealing for Zobrist last season.

With the second-best average in the MLB last season, Kansas City had steady run production and put pressure on opposing pitchers. Their batting order still features all the major contributors from the past two World Series runs, and as cliched as it sounds, these guys know how to win. Regardless of how the challengers in the AL Central look (and I’ll get to that below), this is a championship caliber team. 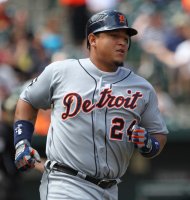 Proud owners of the worst ERA in the AL last season, the Detroit Tigers traded away their best starting pitcher and closer at the deadline. Now Westgate has set their win total at 11 better than last season. Does that seem almost too easy to anyone else?

I guess we can start by asking ourselves: what qualities do the Tigers have that would lead me to believe in them? Hitting for the best team average in all of baseball last season is a good place to start. But Detroit didn’t really do much with runners on, finishing tenth in the AL in runs scored. They were also caught stealing a league-high 51 times (though adding Justin Upton and Cameron Maybin should help that number go down).

As for the starting pitching, Jordan Zimmerman is no replacement for David Price, but he’s a better option than the bottom-of-the-rotation guys the Tigers were trotting out last season. Still, unless Justin Verlander’s close to last season was truly a mark of what to expect this year, catcher James McCann might want to get something to clean his hands with, because Detroit pitchers will be throwing more hot doodies.

I suppose this team has the potential to be better, especially after Miguel Cabrera missed 43 games last year. But they also have the potential to be much worse, as their -114 run differential should have put them in line for a 68-93 record. With their advanced age, I think you’ll see more of the same this year.

Thanks to one cancelled game, the Indians finished above .500 for the third straight season (with the intimidating record of 81-80). But if that’s not your idea of promise, I get it! If you want something to get excited about this season, let’s talk about rookie sensation Francisco Lindor.

The dynamic shortstop joined the team in June and helped the Tribe finish top-five in the league in fielding percentage. Lindor also quickly established himself as a top-of-the-order hitter, pairing with Jason Kipnis to form a formidable lead-off duo. But the rest of the Cleveland lineup failed to cash them in on a regular basis, finishing 11th in the AL in RBIs.

Most of that was due to the Indians lack of power: the team didn’t have a single player crack 20 homers. But they were adept at spraying doubles, finishing second overall. And it’s not like Cleveland had to win shootouts last year.

Indians starters racked up 65 wins last year, finishing fourth in the AL in ERA. The top of Cleveland’s rotation – Corey Kluber, Carlos Carrasco, and Danny Salazar – are all under 30 years old, and are strikeout specialists. That trio alone fanned 656 batters last season as – you guessed it – the Indians led the league in that category.

Overall, I’d take the OVER on this squad.

Originally, I was tempted to make fun of the Adam LaRoche situation in this spot, but I think I’ll put all “kidding” aside. Vice President Kenny Williams was right, and everyone else around the situation overreacted, especially Chris Sale. It doesn’t matter how the White Sox did things last season, this is an entirely new ball club looking to move past a disappointing 76-win campaign.

How new? After Laroche’s hissyfit and early retirement, Chicago is slated to have five new everyday starters in the field: Todd Frazier, Brett Lawrie, Jimmy Rollins, Austin Jackson, and Alex Avila (or Dioner Navarro). Throw in the addition of Mat Latos to the starting rotation and that would’ve been a lot of new faces for young Drake to remember.

The overhaul is a big swing for the fences, but a necessary one for what was the AL’s worst offense last season. While none of the new additions will provide a whopping improvement in the team’s average, the Sox are certainly rolling with more power than they were last season.

Any extra runs will be a welcome sight for this pitching staff. Chicago starters went deeper into games than any other AL rotation, with mixed results. White Sox fans probably won’t miss Jeff Samardzija and his bloated 4.96 ERA, but his departure leaves a 214-inning hole that needs to be filled. That means Latos will need a bounce back year and youngster Carlos Rondon will have more work on his plate.

Given the roster overhaul and the drama surrounding this team, the White Sox seem destined for a slow start out of the gate. Whether they can find their groove before falling too far behind will be the big question that needs to be answered.

But you’re here for a quick verdict. Take the UNDER. 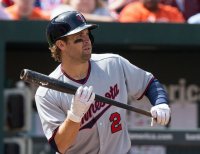 Youth was served for Minnesota last year. The Twins’ surprise turnaround, spearheaded by youngsters like Miguel Sano, Aaron Hicks, and Eddie Rosario, saw the team fall just three games short of the playoffs. Perhaps if their veterans had stepped up, this team could’ve lasted down the stretch.

Phil Hughes had a forgettable year on the bump, while Ervin Santana spent half of it at home thanks to an 80-game suspension. On offense, Torii Hunter was a massive liability as he limped into retirement. Even Joe Mauer had a down year, though he was still one of the team’s most reliable hitters.

If Minnesota has dreams of another surprise push, it will likely be powered by more kids and unheralded players. Prospect Byron Buxton will take over in the outfield for the departed Hunter and hope to improve on the .209 average from his last big league stint. With Hunter’s power leaving the order, the Twins got creative, bringing in South Korean slugger Byung-ho Park. The 29-year-old crushed 53 homers in the KBO League last year.

Rosario and Eduardo Escobar will also play a big part in improving – or at least not worsening – an offense that finished middle-of-the pack in the AL.

As for pitching; Kyle Gibson, Tommy Milone, and perhaps even Ricky Nolasco will provide the other starting arms, while veteran closer Glen Perkins will wait in the bullpen, along with Kevin Jepsen.