Earlier this week, we focused on the teams who added to their rosters ahead of the MLB’s non-waiver trade deadline, and how it affected their pennant odds. But calling the Yankees and Dodgers the only winners of the trade deadline would be straight ignorant.

For every buyer, there must be a seller. And for teams like the White Sox, Phillies, and Reds (among others), selling can be a victory in the long-run if you do it well. But how far into the future do we have to go before this year’s sellers are competitive again?

We’ve got the odds on how long it will take each bottom-feeder to reap the benefits of the future assets they’ve been stockpiling. One final note: the Mets and Giants weren’t full-blown sellers, so they don’t qualify for this article. (Both have the rotations to be competitive again next season.)

In trading away aces Chris Sale and Jose Quintana, the White Sox have been able to piece together the league’s best farm system. Yoan Moncada, the league’s top-ranked prospect, has gotten off to a slow start in the Majors, batting .105 in 38 plate appearances. But there’s no reason to stress over the 22-year-old switch-hitter; he’ll be just fine. Sprinkle in a handful of other impact prospects, like OF Eloy Jimenez (no. 7 on mlb.com), OF Luis Robert (no. 26), RHP Michael Kopech (no. 12), OF Blake Rutherford (no. 45), RHP Reynaldo Lopez (no. 59), RHP Lucas Giolito (no. 60), RHP Dylan Cease (no. 67), and the South Siders are going to have an awful lot to cheer about in a few years.

The Padres already have a bevy of talent in the minors, and are likely to add even more to the pool by trading reliever Brad Hand in the winter. It may take about five years before they all make the jump to the Majors, but the league will know when they do.

Cincinnati comes in with slightly better odds than the Phillies, largely due to the potential of 2017 second-overall pick Hunter Greene. The 17-year-old is breaking triple-digits on the radar gun and has scouts salivating. If Greene turns into the generational pitching talent many expect him to, the Reds are going to be really good in about five years.

The only team on this list without a promising farm system is the Detroit Tigers. After trading JD Martinez, Justin Wilson, and Alex Avila ahead of the deadline, the Tigers are in the very early stages of their rebuild. And it’s unlikely they’ll retrieve any impact prospects if/when they trade Justin Verlander. They have two options: (1) sign free agents and remain a mediocre team in the AL, or (2) blow it all up and try to be legitimate contenders come 2025.

Again the Chi-Sox lead the pack, and it’s not just because of their rich farm system. Look at the rest of the AL Central: Kansas City is going to lose a lot this winter, Cleveland is arguably peaking right now, Minnesota wasted a golden opportunity to trade Ervin Santana and acquire more assets, and Detroit is a mess. Once the White Sox start bringing more of their kids up, it may not take long for them to make their first playoff appearance since 2008.

Though the Reds and Padres have slightly better odds to win the World Series before the Phillies, they have a much steeper mountain to climb within their division than Philly. Cincinnati has to deal with the reigning World Series champs and the always-competitive Cardinals. Add in the Brewers being a couple steps ahead of them in the rebuild, plus a Pirates team that’s figured out how to contend on a budget, and you’ve got a loaded division,

The same goes for the Padres. The Dodgers will not only spend as they please for free agents, but also have a pretty good farm system. Plus, the Diamondbacks and Rockies are emerging as legitimate contenders.

Meanwhile, by the time the Phillies are ready to compete, Bryce Harper likely won’t be a National and the Mets rotation may not still be intact. 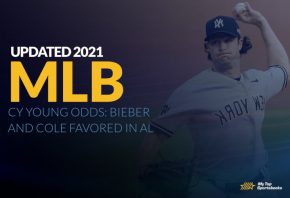 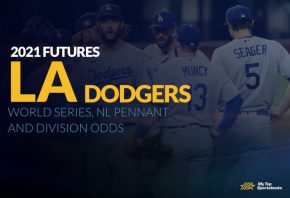